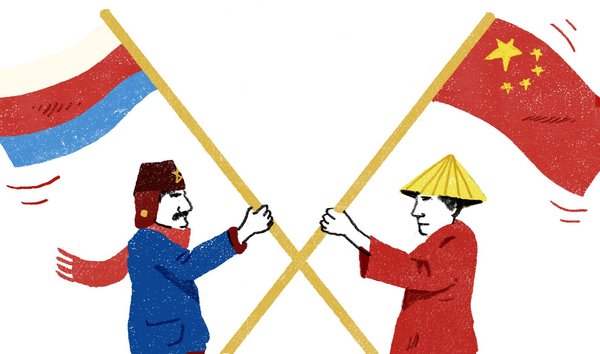 Russia and China have just signed a deal that calls for Russia to export 38 billion cubic meters of gas worth $400 billion to China in one of the biggest geopolitical events of the decade.

According to an Unz Review article, the agreement, which has been 20 years in the making, begins in 2018 and will connect Russia's remote gas fields to China's pipeline system. China will invest $20 billion in Russian industry and also begin boosting imports of Russian products. Effectively, this will see China become Russia's largest trade partner.

This deal will give Russia's economy a significant boost while making western sanctions appear inconsequential. Funds from China will allow Russia to modernize its oil and gas industry and the new pipelines will be critical for Russia's eastern regions and Siberia.

China see their share of advantages fromthe deal as well. They have been an energy deficient country for years, relying on coal for power and heat. Russian gas offers a cleaner and cheaper alternative. Estimates say that a switch to Russian gas will reduce air pollution by at least 25% in China's northern metropolitan areas.

Currently, China's energy imports are vulnerable. The U.S. and India have the capability to block inbound Chinese oil tankers as well as sea-bound cargo exports. Either of these could be enough to crash China's major industries. Key locations for this type of stranglehold are the inner and outer islands of both the North and South China Seas, as well as the Malacca Strait.

Many are concerned that this energy deal may alter the world's balance of power in the East while offsetting the power and wealth of the U.S. and its allies. Nevertheless, this agreement between Russia and China remains of the biggest geopolitical maneuvers to happen in some time.