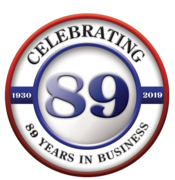 Consider the average aircraft engine - this incredible piece of engineering technology is capable of lifting several tons of metal, cargo, and people off of the ground, propelling the vehicle forward at several hundred miles per hour.

Naturally, engine failure at 30,000 feet is something we seek to avoid.

As for the crafting of engines, none require more thoughtful overseeing than those employed in aircraft.

Without question, the manufacturing of quality aviation engine oils is a comparably time-consuming endeavor.

These oils need to resist breakdown at extreme temperatures and speeds and are even subject to rigorous testing procedures that they must undergo before being approved for use.

Such is the case with every aviation oil we stock in our warehouse. If it wasn't tested extensively, then it doesn't belong on our shelves. Be confident that your product is the best quality available; it's just an added bonus that our services also provide the best value.

Select a Product Category Below

Most aircraft engines are not only subject to testing after assembly, but also after every flight.

Some of the tests run on aviation engines include the measurement of its resistance to unfavorable weather conditions, its response to lengthy flight periods, and even its handling of airborne “debris.”

In most actual flying circumstances, debris means…well, birds. A single bird sucked in through a jet engine is more damaging than you might think.