Much like the Women's Land Army of WWI and WWII, women had to replace men who were off fighting for their country. One of the most remarkable— and forgotten— jobs women took on in London during WWII was the rebuilding of the Waterloo Bridge from 1939-1945.

Until recently, these women were somewhat forgotten, but how could we forget about those who helped with such an important and, well, large part of London?

The Women's Workforce of WWII

During the Rosie the Riveter days of America, women around the world were also given the opportunity to play important roles during the war. They were called on for a number of positions, without which could have led to a standstill in the country and negatively affected them in the war. At one time, women made up 1/3 of industries including shipbuilding, vehicle manufacture, and metal. 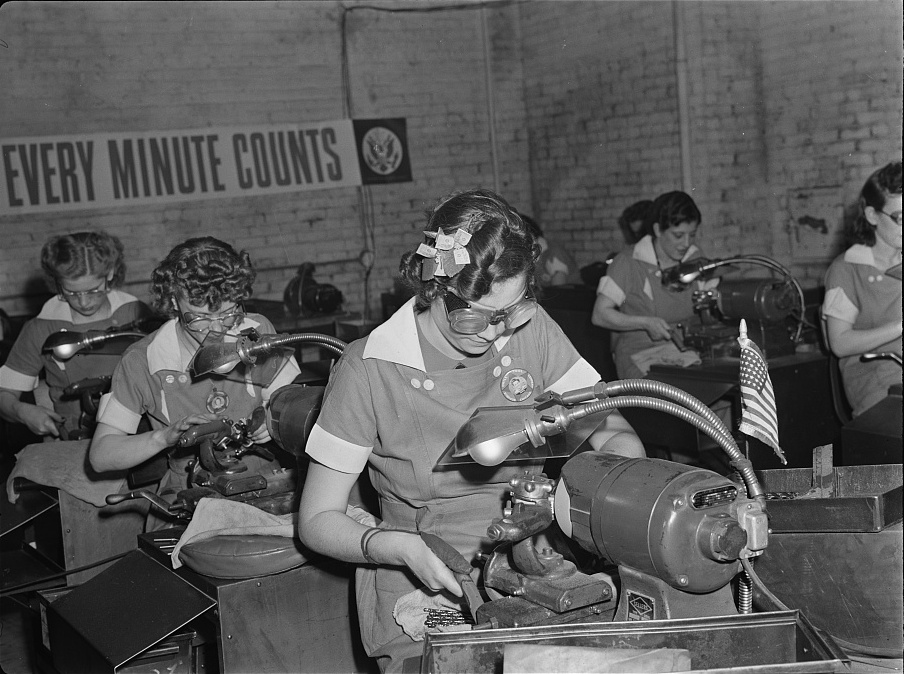 Women worked in many roles during the wars for the first time.[/caption]

Women working in these positions always knew that they would have to give up their jobs when the men returned home. While some women had experience in the roles they filled, many were learning on the job. But that didn't stop them from stepping up and helping their country in any way they could.

The Queen of England even played her part during the war, working as a truck mechanic. By 1944, as many as 25,000 women worked in construction industry positions. Other war-time roles women filled included working in weapons factories, aircraft manufacturing, and even joining the police and fire forces.

Nicknamed —The Ladies Bridge, " the Waterloo Bridge crosses the Thames River and was designed by Sir Giles Gilbert Scott. It replaced the Strand bridge designed by John Rennie which was experiencing some structural problems as traffic across it increased.

Work on the rebuild began in 1934, but when the war began in 1939, construction slowed— 500 working men were reduced to 50 by 1941. This is when women began working on the bridge to see it through completion.

It's possible that the lack of evidence from the beginning is because the workforce documentation had been disposed of. Why? The construction company working on the bridge went out of business, and some documents were displaced somewhere along the way. When the bridge was completed, only the male workers were publicly thanked for their work, and the world seemed to move on. Today, we know that women worked on the bridge, but the type of work they actually conducted is still unknown.

The bridge was damaged during the Blitz but today is listed under Planning Act 1990 because of its architectural and historical significance. The work these women did created one of the most important bridges in London today.