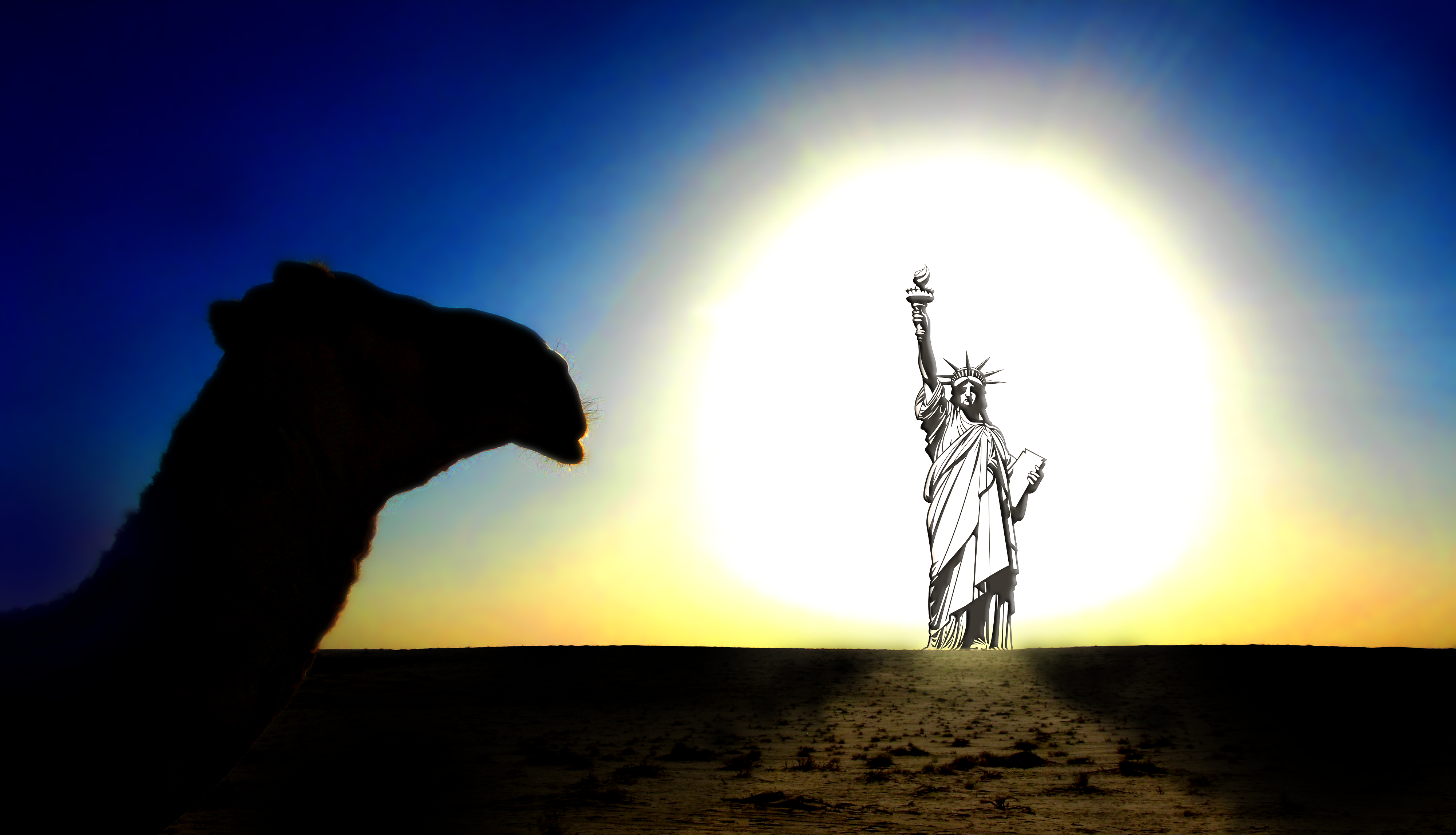 September 1933, a few miles inland from the Persian Gulf, near Jubail, Saudi Arabia.

Two American geologists lag behind a small band of Bedouin nomads, their camels noiselessly marching along the dunes of the Eastern Desert of Saudi Arabia. The geologists grow anxious as their camp disappears behind the horizon. There is no more radio-contact. They feel thirsty and their Arab guides are bored.

Standard Oil of California (SOCAL), the antecedent to the Chevron Corporation, signed an oil concession agreement with Saudi Arabia in 1933 and was subsequently given freedom to explore the Arabian oil landscape. The major world economies were in a state of flux if not disrepair and the American institution SOCAL was taking an enormous leap of faith by green-lighting the costly expedition across desert land.

A few months earlier, back in America, the oil industry maintained its hyperactive, yet drastically insolvent procedures. The rampant over-production (as well as illegal production) of refined oil in the United States which led to an obscenely-low oil price of 87 cents per barrel -- only further contributed to the notion that SOCAL's endeavors in Saudi Arabia were sure to be a waste of time and money. This was in the spring of 1933.

The geologists of SOCAL remained in the Saudi Arabia until the summer of the following year. Their skin had roughened in the desert sun while their Arabic improved; and their beards had grown long by the time the scorching heat came to put an end to their months-long surveillance of the Eastern Arabian Desert. Their trip, it seemed, had been a success especially with the late addition of an aerial reconnaissance team.

On their final day of work in early June, Krug " Henry and Soak " Hoover the two American geologists built a cairn of rocks upon the exact location that the first oil well in all of Saudi Arabia would be drilled.

That cairn of rocks stood in modern day Dhahran an oil town located nearby the Eastern Province's capital, Dammam. The location is a few miles inland from the Persian Gulf, and a four-hour drive from Kuwait City. Fast-forward eighty-three years, and you'll find yourself in the world's (surprisingly trendy) hotspot for petroleum.

Workers and tourists from all over the world have come to the area to find a surprisingly Westernized culture nearby, in the town of Dhahran, a gated community, modeled after a California suburb, houses some of the many workers (and their dependents) of Saudi Aramco, the sole descendent of the initial agreement between Saudi Arabia and the Standard Oil Company. The town and nearby area has a unique place in the desert countryside. Photographer Ayesha Malik, born in Dhahran, described the town simply in her interview with TIME magazine:

Sure, [Dhahran] is in Saudi Arabia, but it's not really Saudi Arabia[ ...]Growing up, I didn't differentiate between 'American' and Saudi. "

Even many of the laws written specifically to govern Saudi Arabian women have been thrown out in favor of creating somewhat of a Western haven in this new Dhahran. With that said, due at least in part to the work done by SOCAL and the Saudi Arabian government in the 1930s, the Eastern portion of the country has been fundamentally changed by oil.

Oil fields nearby the cities of Dhahran and Dammam are responsible for at least a quarter of the entire world's proven oil reserves.

The city of Dammam, formerly a small fishing town, has grown exponentially over the past several years. It, and the nearby Dhahran, have become the industrial hub of the entire Eastern Arabian Peninsula. Following the digging of the Dammam No. 7 well in the mid-1930s which tipped off Arabian government officials and SOCAL executives to the vast amounts of oil in the region rows of mudbrick huts were soon replaced by air-conditioned trailers emblazoned with an unfamiliar, but altogether unoriginal name: the California Arabian Standard Oil Company.

While it may seem more-or-less like a throwaway factoid, the name which has been changed twice since the 1930s is the perhaps the clearest example of why Dammam and Dhahran's societal structure is so drastically different from, well, everywhere else in Saudi Arabia. And now, being headquartered in Dhahran, Saudi Arabia -- a far cry from San Francisco -- the Saudi Arabian Oil Company has actively distanced itself from the initial partnership.

The foundation of what is now the richest company in the world (not just in the industry) is a product of that friendliness between two vastly different cultures; interestingly, this relationship isn't so much ingrained in the transaction of oil, as it once was -- even though the US imports Saudi Arabian oil, that amount is far less than what the country buys from Canada (and, moreover, how much we produce on our own soil). Still, as this article from CNN has cleverly said:

"Saudi Arabia and the United States aren't at the end of a love affair so much as in an unhappy marriage in which both sides, for better or worse, are stuck with each other."

So, while the two nations will likely extend their diplomatic relations deep into the 21st century regardless of differences, we can only hope that soon a reminder of the warm beginnings of the decades-long relationship between the US and Saudi Arabia may ease the tensions on both sides of the Atlantic.