*with the use of added food coloring.

Food dye is also used in a number of non-food applications, too, like cosmetics, pharmaceuticals, crafts, and medical devices.

These dyes are added to food for a number of reasons, most of them aesthetic (you know, because looks matter): 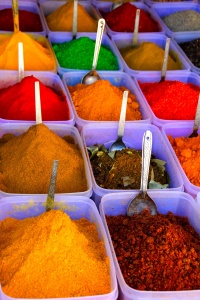 Using colorants to enhance food isn't anything new. In fact, the use of food dye is thought to go back as early as 1500 BC in Egyptian cities. At this time, ancient candy makers used natural extracts and wine to enhance product appearance.

The middle ages in Europe was a bland era, by comparison--with feudalism, peasants were producing their own food and not super concerned about food aesthetics. This changed, though, with the transition to the modern age: urbanization led to trade and the importation of spices and colors. Color suddenly became very important--one of the first food laws in Augsburg, Germany (1531), for example, concerned spices and colorants and required saffron counterfeiters to be burned.

With the Industrial Revolution, people were dependent on food produced (and manufactured) by others. The demand for food at a low cost, coupled with primitive chemistry and a lack of regulation, meant that food adulteration flourished. Sellers would restore color to lesser-quality milk and foodstuffs. None of the dyes used were actually tested for toxicity, which meant that people got sick--and actually died--from these colorants (which were often heavy metal compounds).

In the US, The Pure Food and Drug Act of 1906 was created to combat the manufacture, sale, or transportation of adulterated or misbranded or poisonous or deleterious foods, drugs, medicines, and liquors. This Act reduced the permitted list of synthetic colors from 700 down to seven. Still, adulteration of food continues for many years.

Synthetic dyes became available in the 1900s. Early artificial colors were called "coal-tar" colors because the base materials were derived from bituminous coal. Today, most synthetic coloring come from petroleum (or crude oil). The final products have been rigorously tested to ensure that they contain no traces of the original petroleum. 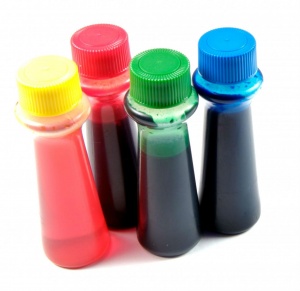 Seven dyes were initially approved under The Pure Food and Drug Act of 1906; however, several have been de-listed and replaced.

Today, the FDA must approve every patch of certified coloring a manufacturer produces.

Currently, there are 7 artificial colors generally permitted in food:

make up nearly 90% of food dyes on the market

Fun fact: Blue No. 2 (Indigotine) is not derived from petroleum.

FD&C Orange No. 1 was one of the first water-soluble dyes to be commercialized and was also one of the 7 first original dyes allowed under The Pure Food and Drug Act of 1906. However, it was banned in the US after Halloween in 1950 after many children became ill after consumption.

FD&C Red No. 2 (Amaranth) was banned from food in the 1970s after scientific testing pointed to the dye being potentially carcinogenic.

Yellows No. 1, No. 2, No. 3, and No. 4 are also illegal for use in foods. FD&C Yellow No. 5 (Tartrazine) has been the subject of recent tests over the past few years regarding claims it is linked to a number of issues, including hyperactivity, anxiety, and migraines. 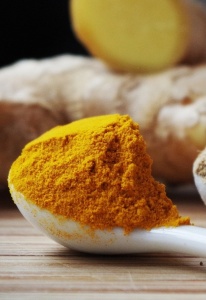 As mentioned, natural food dyes have been used for centuries to color food. Carotenoids, chlorophyll, anthocyanin, and turmeric are some of the most common sources for natural food coloring.

So why even bother with artificial?

The key benefits of artificial, or synthetic, colors are cost and shelf life. Synthetics can be mass-produced at a fraction of the cost of gathering and processing materials used to make natural food dyes. And synthetic dyes might last longer than their natural counterparts. Not to mention that lab-produced colors are not limited to what is available in nature. 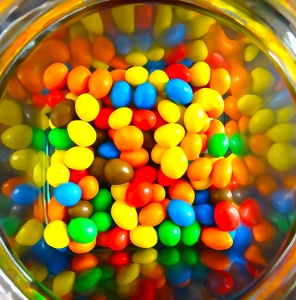 You want a rainbow of color in your mouth?

You can have a rainbow of color in your mouth.

There's been a big push in recent years to cut back on processed foods, so naturally artificial coloring comes into play. In the US, it's hard to find foods that don't contain artificial food dye--and no, not just candy. Artificial colors are used to enhance everything from pickles, fruits, and yogurt to vitamins, and cake mix. But if you want to completely ditch artificial colors from your diet, there is hope, as many companies are opting for natural alternatives.