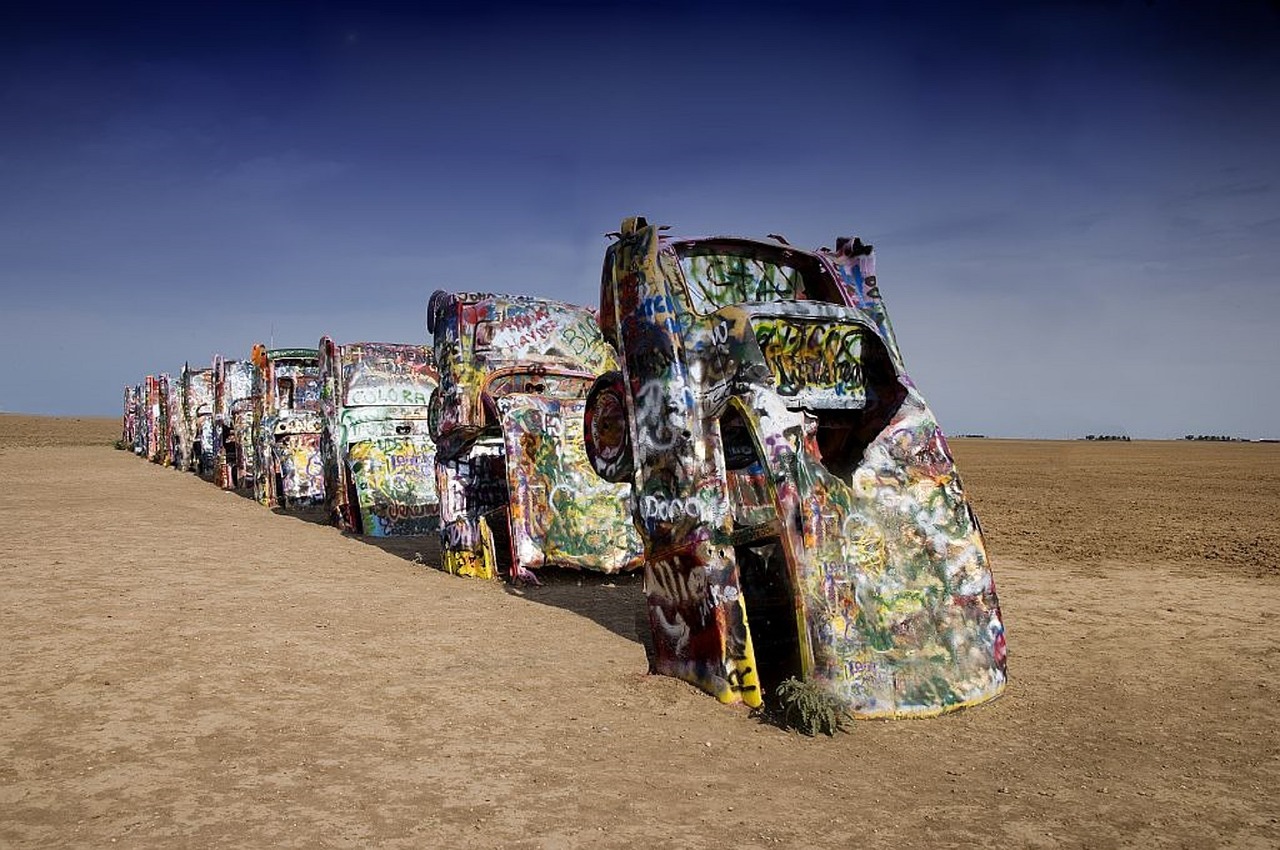 Take yourself on a cross-country road trip and your excursion is sure to encounter many roadside attractions. The biggest things, maybe the smallest things, or maybe some things that are just plain weird (for better or worse). Roadside attractions are as deeply ingrained in America's cultural psyche as, say, baseball and cowboy boots.

Now, if you find yourself cruising through Amarillo, Texas, you'd be remiss if you didn't stop and admire one of the great monuments to America's car culture.

There are a number of myths surrounding the origins of Cadillac Ranch, a line of half-buried Cadillac's in a Texas field. The origins of these buried Caddys is not like those of the buried Ferraris. It also has nothing to do with an eccentric millionaire who buried his old cars whenever he bought a new one. No, the truth behind the unusual installation is that it is just that: a planned art installation.

That's not to say that an eccentric millionaire wasn't somehow involved, though.

In 1974, members of the art group Ant Farm invented and built the infamous public art exhibit. Chip Lord and Doug Michels founded the Ant Farm avant-garde group in San Francisco. They, along with Hudson Marquez, created the exhibit.

The exhibit in question is composed of ten graffiti-covered Cadillac cars nose-down in a Texas field along eastbound I-40. They are all facing west and are supposedly at the same angle as the Cheops' pyramids." In 1997, they were actually moved a couple miles away from their original location. 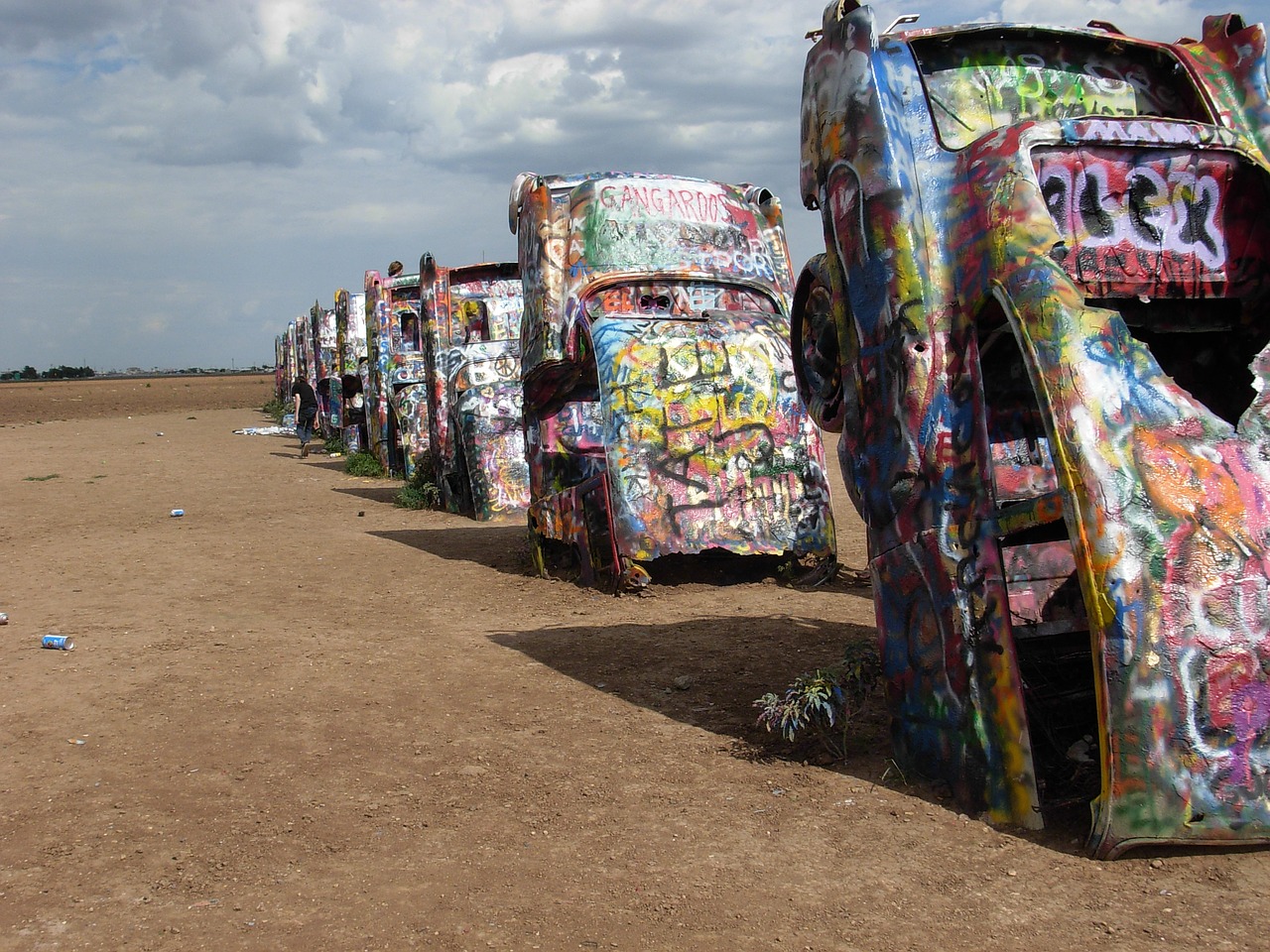 In 1973, eccentric Texas millionaire Stanley Marsh, 3, invited the Ant Farm to his sprawling ranch to create a unique work of art. They acquired 10 used Cadillac cars, ranging in years from 1948 to 1963. Ant Farm built the monument along the remains of the infamous Route 66 as a way to represent the Golden Age of American automobiles. The group salvaged most of the cars from junkyards. For those that still ran, the group drove the cars into half-burial holes. They hoisted the rest of the cars into their final resting places.

Initially, the cars all bore their original paint jobs, ranging from turquoise to banana yellow. However, it didn't take very long for people to begin making the sculpture their own. People started scratching their names into the cars, painting graffiti on them, and even stealing various components. While the wheels have been welded to the axels to prevent more theft, Marsh does not discourage people from painting the vehicles. In fact, it's pretty much encouraged. Cadillac ranch is open to the public at all hours and the cars have gone through many makeovers, including an all-pink paint job in 2005 as a tribute to breast cancer victims.

You can reach the exhibit in a cow pasture along eastbound I-40 between exits 60 and 62. You may exit onto the frontage road and then enter the pasture through an unlocked gate.