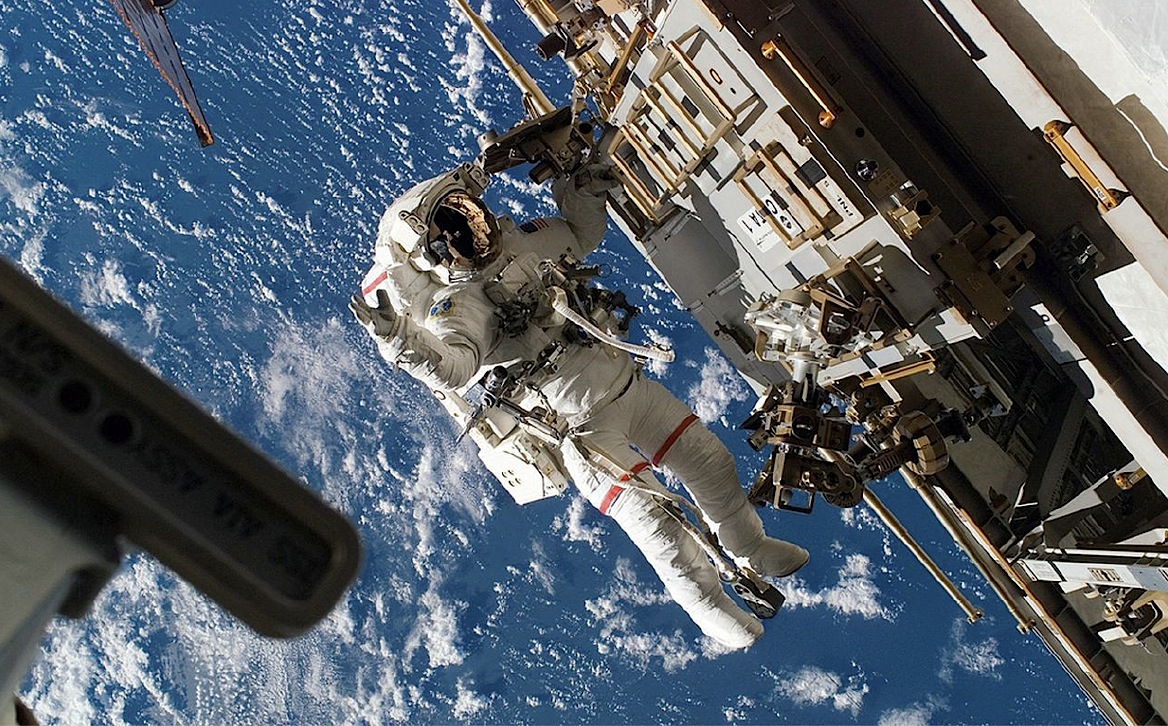 You might not realize it, but even astronauts are using industrial lubricants to face the unique challenges that are present in a space environment.

In fact, proper lubrication plays a big role in the operation of crucial components aboard the International Space Station. In 2006 and 2007, astronauts installed two solar alpha rotary joints (SARJ) that allow the station's solar panels to rotate 360 degrees on a 24-hour schedule, so as to achieve maximum power generation by constantly facing the sun.

SARJs have two large main rings a stationary inboard ring and an outboard ring that fits inside it and rotates. Within a few months of the installation, astronauts on the space station began noticing a lot of vibration while one of the SARJs was running. Inspection of the rotary joint revealed damage and magnetized debris present on the race and trundle bearing assemblies.

NASA decided that the damaged components needed to be replaced and that the bearings on both SARJs needed to be lubricated on all bearing surfaces. Grease was found to be a suitable remedy for removing the debris and lubricating the surfaces. According to a Lubes n Greases article, when the SARJ was designed in the 1990's, there was not a lot of information about how grease would react with the components in a space setting. By 2007, however, there was more knowledge on the subject.

The weapon of choice: the high vacuum grease Castrol Braycote; because of its capability to cover a wide range of temperature and chemical environments. NASA developed a special type of gun for distributing this material similar to a caulk gun. The final designs and preparation for the repairs came together and flight STS-126, the rocket carrying the fix, launched on November 14, 2008.

Over the following two weeks, three astronauts conducted a series of four spacewalks, during which they cleaned and properly lubricated the SARJs and replaced the broken trundle bearing assemblies.