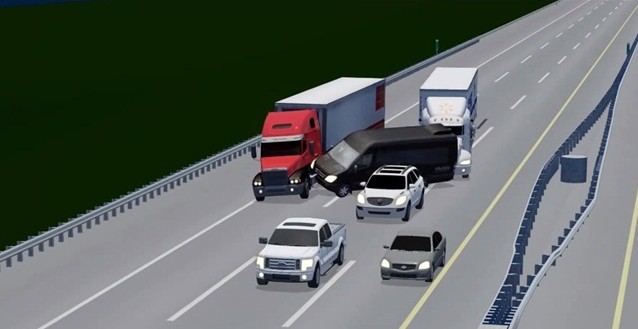 It was recently announced that the probable cause of a fatal June 2014 crash involving a limousine carrying comedian Tracy Morgan was truck driver's fatigue, according to the National Transportation Safety Board.

The Walmart driver responsible for the multi-car crash in Cranberry, NJ was awake for more than 28 hours prior to the incident. Electronic logs indicate that Kevin Roper, the driver, was on his 13th hour of a 14 hour shift. Before his shift, he drove over 800 miles from his home in Georgia to the starting point of his route in Delaware. The fatigue experienced by Roper resulted in his delayed ability to brake and avoid traffic that was stopped for an active work zone.

According to NTSB Chairman Christopher Hart in an online Heavy Duty Trucking article, Hours-of-service rules cannot address what drivers do on their own time. "

The NTSB also released a video recreation of the crash showing how the driver made no effort to brake or miss traffic ahead of him until just before impact. Roper faces death-by-auto charges, which could carry up to a 10-year prison sentence. View the recreation video below.