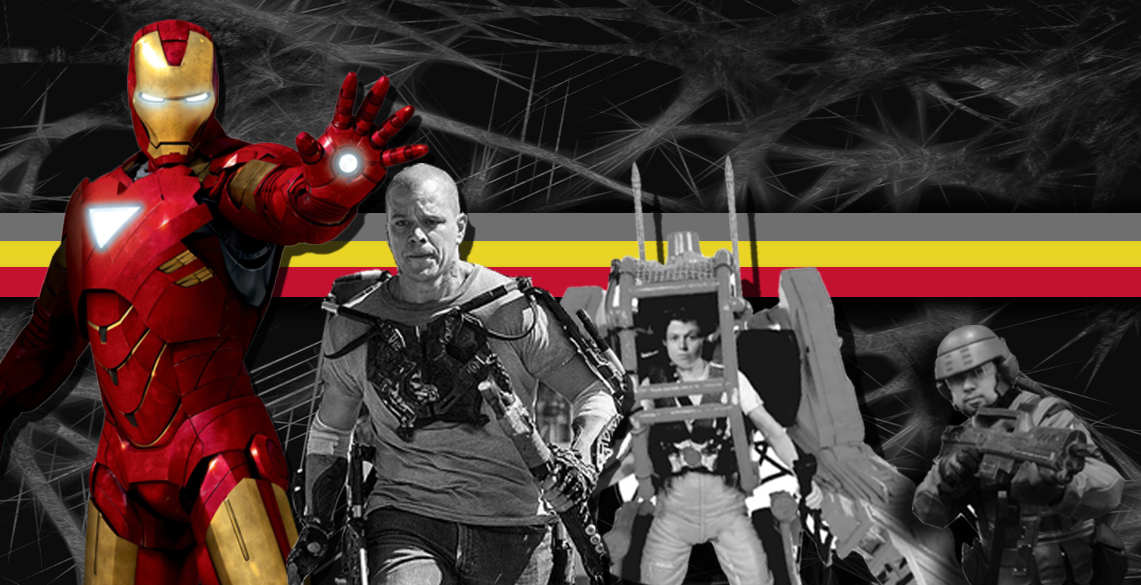 The 21st century has a habit of realizing science-fiction prophecies of the past.

Early and mid-twentieth century Futurist authors such as H.G. Wells, Aldous Huxley, and George Orwell have had a profound impact on our modern society.

At the time, some may have considered their science fiction themes too fantastical; nowadays, many would call them prophetical and as it turns out, the latter is much truer.

Many sci-fi authors have made predictions in their writings that are chilling to read especially when considering the real-world implications for all of us, living in this prophecy-affirming 21st century. Often, these writers talk about frighteningly advanced " societies; and while the technological innovations in these narratives are often intended to be beneficial to human life, many of them in the fictional landscapes actually hinder normal societal function (or, at least, what we believe to be normal).

Truth be told, not many science-fiction writers paint a beautiful picture of the future.

One of the most recycled (but not overused) and often unsettling science-fiction tropes is the idea of the human exoskeleton; often donned as a suit of armor, or a muscle-enhancer, the exoskeleton is almost always intended to act as a means of increasing the destructive and combative capabilities of a human character.

Consider some of the most popular occurrences of exoskeletons in fiction and film, historically: 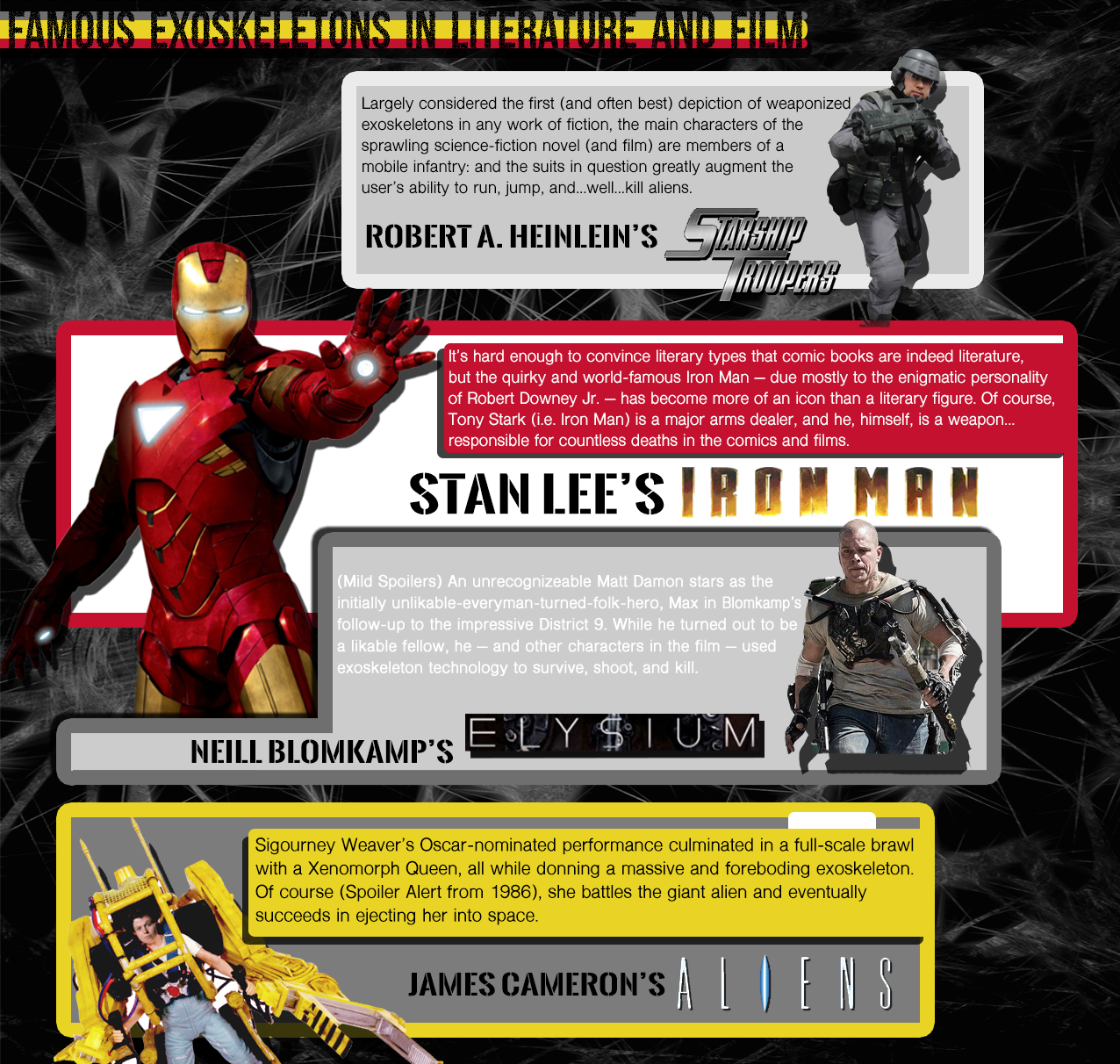 Believe it or not, exoskeleton technology is a real thing.

Several companies, including the hilariously-dubbed Cyberdyne (we do remember Terminator, right?) of Japan, are already selling exoskeleton machinery. Thankfully, however, the mission statements of many of these companies are seemingly absent of any intent to kill or cause harm with these machines (phew).

And while many unwieldy contraptions have come out of various research facilities, the experts at NASA and General Motors combined forces to come up with an incredibly simple, incredibly functional soft exoskeleton technology. "

The technology was used exclusively by NASA astronauts who had to carry out extensive mechanical repairs, but is now being redirected toward the manufacturing industry as well as medical rehabilitation. In actuality, and at the current moment, nothing about this sort of technology poses any threat to any human being on the contrary, it seeks only to aid in areas where we tend to struggle.

Instead of being a cumbersome and unmanageable full-body suit, GM and NASA's Roboglove as it's been called is a simple innovation in exoskeleton technology.

According to James Vincent of theverge.com:

"The glove uses actuators and artificial tendons to mimic the muscles of the human hand, and is a example of "soft exoskeleton" technology lightweight devices that augment the wearer's strength and endurance. Bioservo Technologies will combine the RoboGlove with its own grip-assisting SEM (Soft Extra Muscle) technology. The end product could be useful in a number of markets, from medical rehabilitation to manufacturing. GM says it intends to try out the product in its US plants, where it'll give extra grip strength to factory workers."

Have you ever broken into a full-body sweat while tightening a single screw? It would be a nice thing, maybe, to have a couple RoboGloves hanging around the house so who knows, maybe soon the general public will have access to similar products.

The Roboglove is particularly intriguing due to the presumably lower cost and material usage, but there are other amazing inventions that have been able to positively influence common perceptions of cybernetic technologies. For a truly eye opening experience, listen and watch this TED talk from Hugh Herr on how bionics are helping us do things we could never do before:

While it may seem unsettling to integrate synthetic components with the human body, the real-life consequences of advanced exoskeleton and other cybernetic technologies seem at the present moment to be a truly good thing.

Let's just hope these inventions keep the peace rather than disturb it.