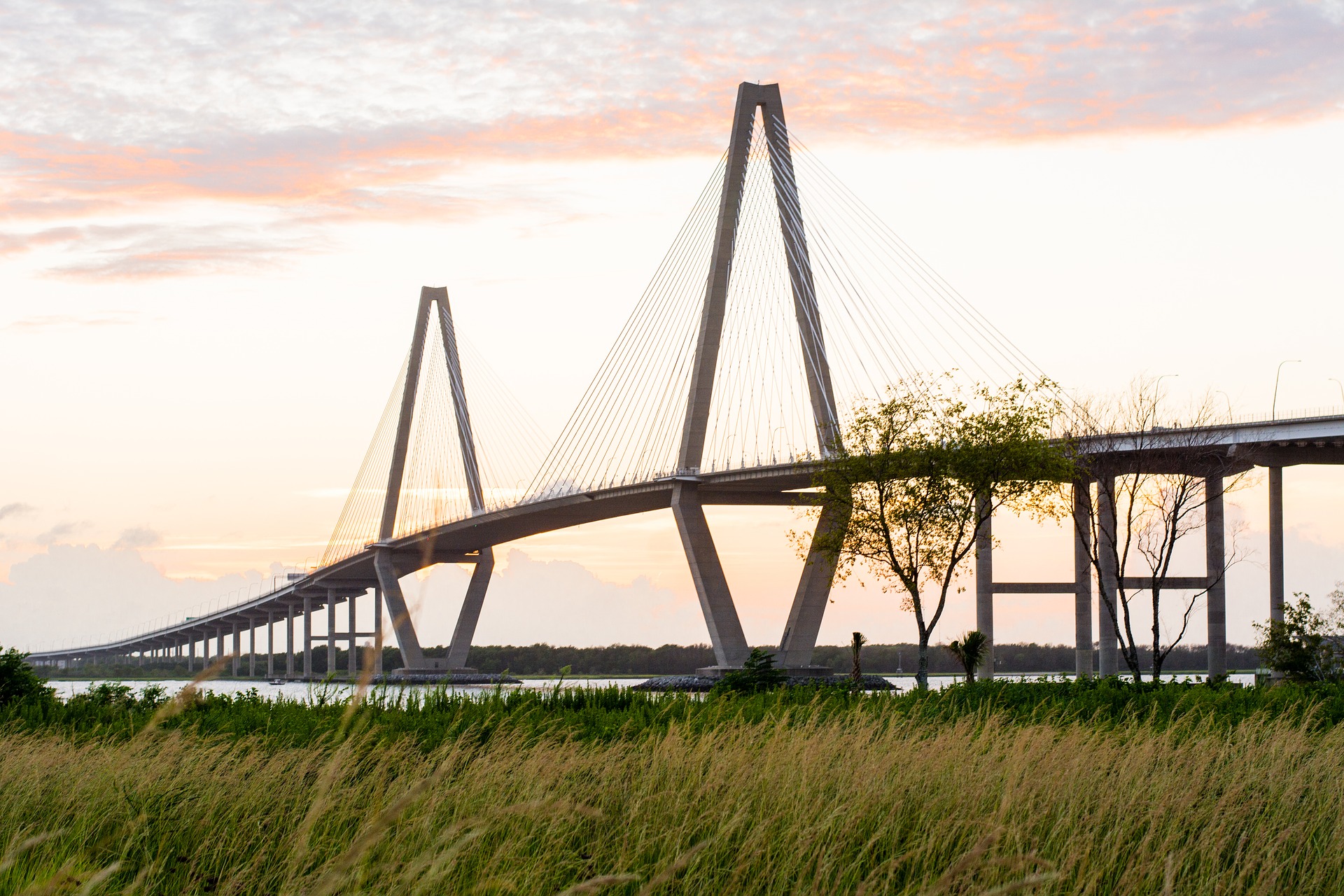 Cable-stayed bridges trace back to the 19th century in Europe where they were heavily utilized before appearing more frequently in the United States. The cable-stayed bridge gained popularity among engineering firms because they require less material, money, and concrete.

The world's longest cable-stayed bridge is the Jiashao Bridge along the Qiantang River in China and spans nearly 8,793 feet long. It's supported by six single-column pylons. Other historically long cable-stayed bridges include the Russky Island Bridge in Russia at about 3,622 feet and the Sutong Yangtze River Bridge in China at 3,569 feet. The ability to produce such large, structurally-sound bridges proved important for connecting large areas of land for decades to come.

Fausto Veranzio came up with the first designs of cable-stayed bridges. He was born in 1551 in Sibenik and had a variety of achievements throughout his life. Veranzio published his book on engineering Machinae Novae in 1595 which included the cable-stayed design in addition to fifty-six inventions and constructions. As a whole, the book focuses on bridge construction and materials to make them, ranging from wood to stone to bronze. He also wrote the first independently printed five-language dictionary.

As time went on, his key foundational bridge designs spread throughout the world and appeared in bridges of all kinds.

The progressive growth of science, technology, engineering, and math (STEM) made way for better civil structures. A move away from suspension bridges towards cable-stayed bridges was better for engineers and those using the bridges. Although the bridges are similar, suspension bridges are more vulnerable to wind and have road limitations with the amount of weight on them.

Engineers fully introduced cable-stayed bridges to the United States in the 1970s.

The bridges were formally developed following WWII; they're appropriate for spanning long lengths and holding heavyweight. One of the most well-recognized cable-stayed bridges is the Arthur Ravenel Jr. Bridge (featured image) connecting Charleston to Mt. Pleasant in South Carolina. The eight-lane bridge opened in 2005 and crosses the Cooper River; it replaced two cantilever truss bridges and spans 1,546 feet.

Cable-stayed bridges are considered an improvement from suspension bridges and the progress made in civil engineering.

Joseph Strauss designed the historic landmark in 1923 and it was opened to the public in 1937. Strauss was born in Cincinnati, Ohio in 1870. He was educated at the University of Cincinnati and proved to be especially ambitious. Strauss lived in Chicago when he was tasked with building the Golden Gate Bridge and had a dream "to build the biggest thing of its kind a man could build." The suspension bridge spans 4,200 feet and defines San Francisco.

Suspension bridges may appear to be similar to cable-stayed bridges, but their structure is starkly different. Cable-stayed bridges do not require anchorages or two towers for support. Alternatively, cables run from the road up to a single tower that supports the weight. The tower works with the cables to absorb compressional forces.

Cable-stayed bridges can be built in several variations including side-spar, cantilever-spar, multiple-span, extradosed, and cradle-system cable-stayed bridge. Each differs in the amount of weight it's designed for and how the cables are incorporated in the design.