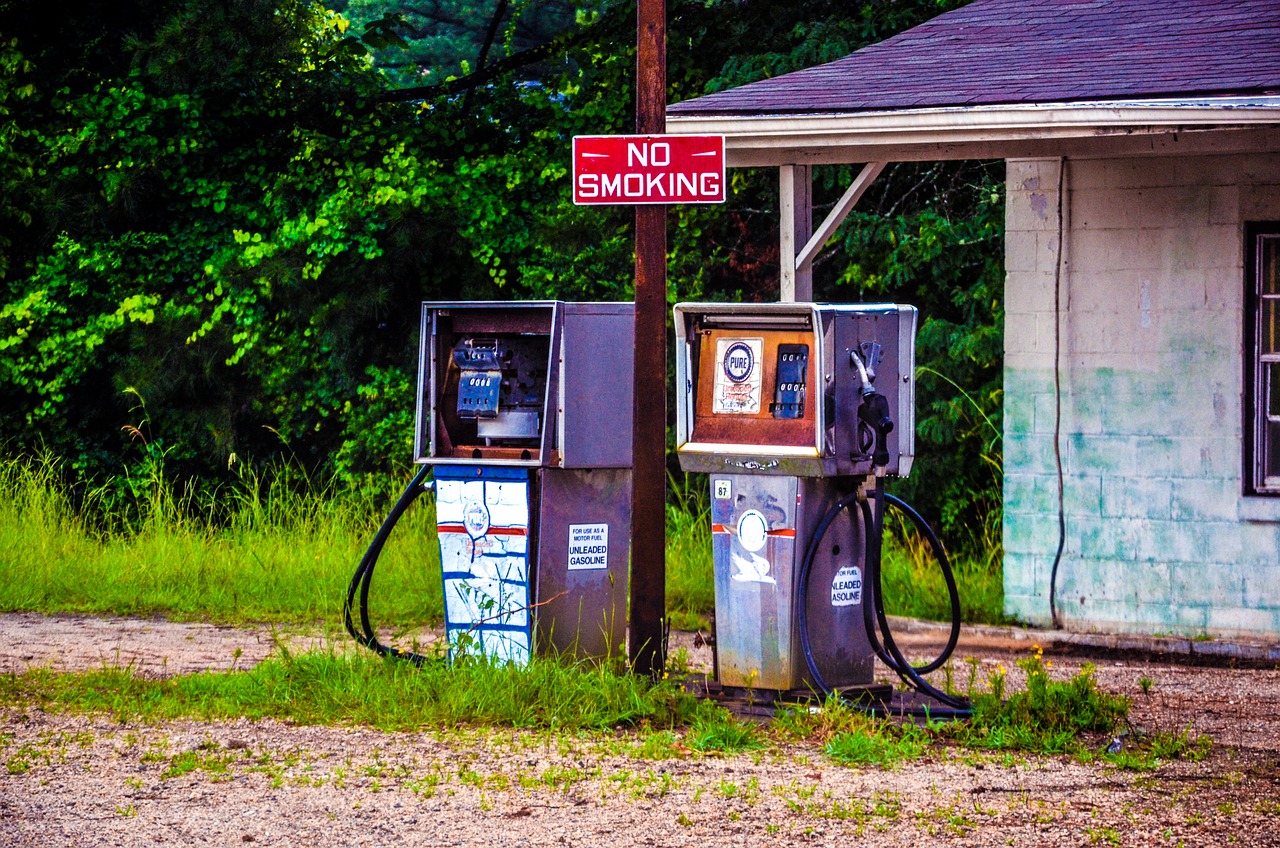 If you've gone to the gas pump recently (I mean, who of us hasn't?), you might not pay much attention to anything other than the price. Maybe there's a sign that says, "may contain up to 10% ethanol." Ethanol in gasoline isn't really anything new. And seeing "unleaded" gasoline at the pump shouldn't be a surprise because unleaded gasoline is the only kind of gasoline you can buy at your local station for your automobile.

But that wasn't always the case.

If you purchased gasoline in the 1920s through the late 1980s, it contained lead. At the time, this wasn't seen as a very big deal. But in truth, it really was.

It's a hard knock life for an engine running on low-octane gasoline.

Knocking is bad. And no, I don't mean unexpected visitors at your front door in the middle of your Netflix marathon. I'm talking engine knocking— the knocking or pinging that indicates a problem. And while knocking can be an indication of a number of problems, one of those directly correlates to octane: lower octane gas can ignite due to compression, instead of from a spark from the spark plug.

Knocking can damage the engine, so it's obviously not something you want. It's also annoying, so that just makes it even more undesirable.

In 1911, an electrical engineer named Charles Kettering invented an electric ignition system for internal-combustion cars that replaced the crank start. GM's 1912 Cadillac was the first automobile equipped with this DELCO electric self-starter and battery ignition. It cost a pretty penny—  around $1,890. That's a bit more than $45,000 in today's currency. So when people forked over their money for this luxury automobile, they weren't too happy that the engine had a tendency to "knock." Some blamed Kettering's electrical components. Kettering, on the other hand, believed it was a function of an engine's fuel, rather than ignition problems. He was right.

Thomas Midgley, Kettering's assistant, began studying the enigmatic engine knock. He experimented with adding iodine to the fuel, which successfully stopped the knock. However, iodine itself was corrosive and prohibitively expensive. Through this testing, Midgley discovered the issue at hand: premature combustion connected to the explosive qualities of the fuel.

Then along came tetraethyl lead (TEL).

In 2017, we know lead is dangerous: it's a potent neurotoxin.

It's also a normal constituent of our planet and trace amounts are natural. However, once it becomes disturbed and dispersed through man-made products, it becomes highly toxic. Sticking it in gasoline isn't any different, although the unfortunate truth of the matter is that for decades, gas and oil companies rejected the notion that leaded gasoline posed any health risks.

Tetraethyl lead is an organometallic compound. It was first discovered in 1854 by a German chemist, but wasn't used commercially because of its known danger. In December 1921, however, Midgley discovered that TEL has anti-knocking properties when used as a gasoline additive.

Midgley's discovery had a huge impact.

GM contracted Du Pont to supply TEL in October 1922.The first tankful of leaded gasoline was pumped in Dayton, Ohio, in February 1923.

But the incorporation of lead into gasoline wasn't without scrutiny. In 1922, the U.S. Public Health Services asked Midgley for copies of his research into the health consequences of TEL. No such research existed. The Ethyl Gasoline Corporation formed to manufacture leaded gasoline primarily focused its research on improving TEL formulas.

On 1924, several men working at the Standard Oil Refinery in Bayway, New Jersey died. All five men worked in what was nicknamed the "looney gas building." The building was so named because anyone who spent too much time handling the gasoline additive showed signs of mental deterioration. That additive was, of course, TEL.

In response, New Jersey halted production of TEL. The New York City Medical Examiner's Office examined the bodies and ultimately discovered lead and lead by-products concentrated in the lungs, brains, and bones of the individuals. These "looney" symptoms were indicators of heavy lead toxicity. New York City, New Jersey, and Philadelphia all banned TEL and gasoline with TEL additives.

In May 1925, the U.S. Surgeon General called for a national TEL conference to study the problem of tetraethyl lead. That same year, Midgley also published his first health analysis. In January 1926, the Public Health Services reported that there was no danger in adding TEL to gasoline and no reason to prohibit its sale as long as workers were adequately protected. The federal government revoked all bans on production and sale of leaded gasoline.

While all drivers tested showed trace amounts in their blood, scientists said a low level of lead could be tolerated and that exposure was minimal. In New York City, scientists took samples of street dirt in 1924 and 1934 to compare lead levels. A comparison found a 50% increase in lead levels in that one decade.

It's also worth mentioning that before this, in 1923, Midgley didn't witness the first sale of leaded gasoline because he was suffering severe lead poisoning.

Leaded gasoline remained on the market for decades despite its toxicity. By the 1970s, lead's environmental hazards were finally becoming more apparent and the EPA announced a scheduled phase-out the lead content in gasoline. More stringent emission control regulations and the removal of TEL influenced the spread of catalytic converters. Beginning in 1975, the EPA required most gas-powered vehicles to have catalytic converters to lessen the toxicity of pollutants and exhaust gas. Since TEL tended to clog the converters, unleaded gasoline became the fuel of choice.

EPA requirements, emission control devices, and other octane-boosting, anti-knock alternatives helped end the widespread use of leaded gasoline. On January 1, 1996, the Clean Air Act completely banned the use of leaded fuel for any on-road vehicle.