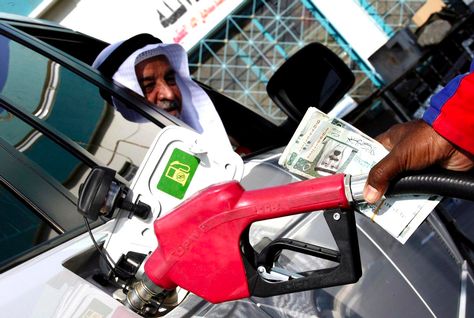 If you think gas is cheap now, just imagine what it would be like to fill up your vehicle for $10 give or take a few dollars.

That's what it's like when you visit a gas station in Saudi Arabia. With government-subsidized gas, fuel is as inexpensive as water. One might assume that in a nation primarily relying on oil for revenue, the country would be pretty worried. Not so much; as it turns out that the general response to low oil and gas prices is little more than a shrug of the shoulders.

When gas prices were at their all-time high in the U.S. only a few years ago, Saudi Arabia was banking all the cash that America was dumping into their pockets. Today, the oil-rich nation has over $750 billion in cash reserves, according to a 2015 Washington Post article. This denomination is more than enough for the government to stave off temporary global price drops, but it's also meant for other projects as well.

According to the same article, the Saudis have spent billions on roads, railways, universities, hospitals, air and sea ports, and housing, all at the expense of oil revenue. Officials from Jadwa Investment, a Saudi Arabian private investment bank, told the Washington Post that the government has been increasing capital spending to the tune of 25% annually. The company believes that the government can continue with its plans for another sevent or eight years simply by using its reserves.

In recent years, Saudi Arabia has been working on diversifying their economy and trying to depend less on oil as a source of revenue. They spend billions each year subsidizing gas, electricity, rice, and more that government support acts as a cushion between the nation and fluctuating global oil cost.