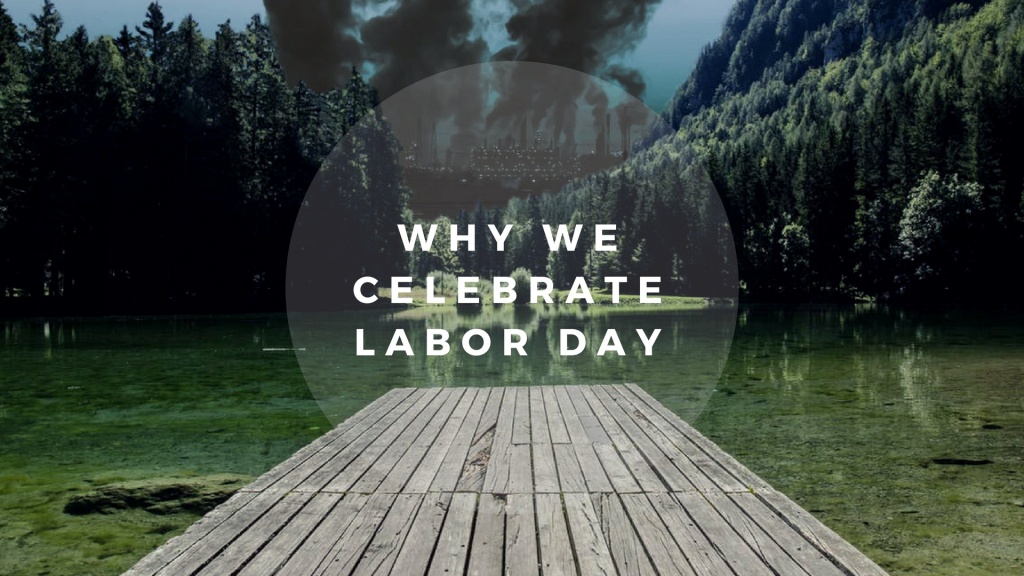 As you fire up that grill in your white clothes and polarized sunglasses, you might casually wonder,  how did we get here? No, not in some particularly deep, spiritual, or anthropological way. More like in a, it's a Monday and I'm sitting poolside with a beer--how did that happen? kind of way.

In a world full of national dog days, mold cheese days, and National Clam on the Half Shell days, Labor Day is a bit different. This “Workingmen’s holiday” has been celebrated in America for over a century as a means to pay tribute to the contributions and achievements of the American workforce.

The industrial revolution of the 18th century completely changed the landscape of the world, including American Industry. After Britain first experienced major growth and change in transportation, manufacturing, and communication industries, these technologies made their way to America. In the late 18th century, a man named Samuel Slater brought new manufacturing technologies from Britain to the U.S. Known as the "Father of the American Industrial Revolution", Slater built the first factory in North America. Slater's technologies inspired growth in the Northeast which facilitated the development and growth of transportation systems.

A number of pre-Civil War technologies also contributed to what would be considered the American Industrial Revolution (also the Second Industrial Revolution), including the establishment of steamboat service and the inventions of the telegraph and the sewing machine. After the war, industrialization in the U.S. continued at a revolutionary pace. The country's borders expanded, providing plentiful natural resources; the first transcontinental railroad in 1869 made transportation of people and goods much easier; further, an influx of 14 million immigrants between 1860 and 1900 provided a workforce for these new and expanding industries.

This industrial revolution completely changed the lives of millions of working Americans. The very nature of their work shifted from working at home or in small shops to working in large factories for large companies. These working conditions were often dangerous and unsanitary, as were the living conditions in urban slums. Child labor also became a serious issue. The Labor Movement grew out of the need to protect the common interests of American workers, particularly those in the industrial sector. Organized labor unions fought for better wages, reasonable hours, and better working conditions. Unions also put forth efforts to stop child labor, give health benefits, and provide aid to workers who were injured or retired. While these labor unions had already been in existence, they grew more prominent at the height of the industrial revolution. Unions became more vocal, leading to organized strikes and rallies.

During this time, the average American laborer was working twelve hours a day, seven days a week just to earn a basic living. While some states had restrictions, many children as young as 5 or 6 worked in factories and mines. People of all ages, particularly the very poor and recent immigrants, often faced extremely unsafe working conditions in factories and mines, with insufficient access to fresh air, sanitary facilities, and breaks.

The Origins of Labor Day

The union-sparked strikes and rallies protesting poor conditions and insufficient pay often turned violent, like the infamous Haymarket Riot of 1886, where several policemen and workers were killed in Chicago. Some of these protests, however, led to longstanding traditions. On September 5, 1882, 10,000 New York City laborers marched from City Hall to Union Square, in what was the first Labor Day parade in U.S. history.

The idea of a “Workingmen’s Holiday” caught on in other industrialized centers across the country. Oregon was the first state to legalize the holiday in 1887, soon other states followed. By 1894, 23 other states recognized Labor Day as a holiday.

The strikes continued. On May 11, 1894, Pullman Palace Car Company employees in Chicago went on strike to protest both wage cuts and the firing of union representatives. About a month late, on June 26, the American Railroad Union called for a boycott of all Pullman railway cars. This completely disrupted railroad transportation across the country. The federal government dispatched troops to Chicago to break the strike, but it only upped the tension and violence. A wave of riots resulted in the deaths of more than a dozen workers.

After the railroad strike in Illinois, President Grover Cleveland made Labor Day a Federal Holiday to appease the massive unrest.

Today, Americans across the country still celebrate Labor Day with parades, picnics, barbecues, fireworks and other public events. Unofficially, it also marks the end of summer and start of the back-to-school season. For the elite of the 19 th century, Labor Day also marked the endpoint for summer fashion, therefore the no white after Labor Day “rule”. So if you were wondering why you get the first Monday in September off from work, it's a 19th-century American tradition to pay tribute to the contributions and achievements of our country's workforce. Please go ahead and enjoy that cold one--you've earned it!