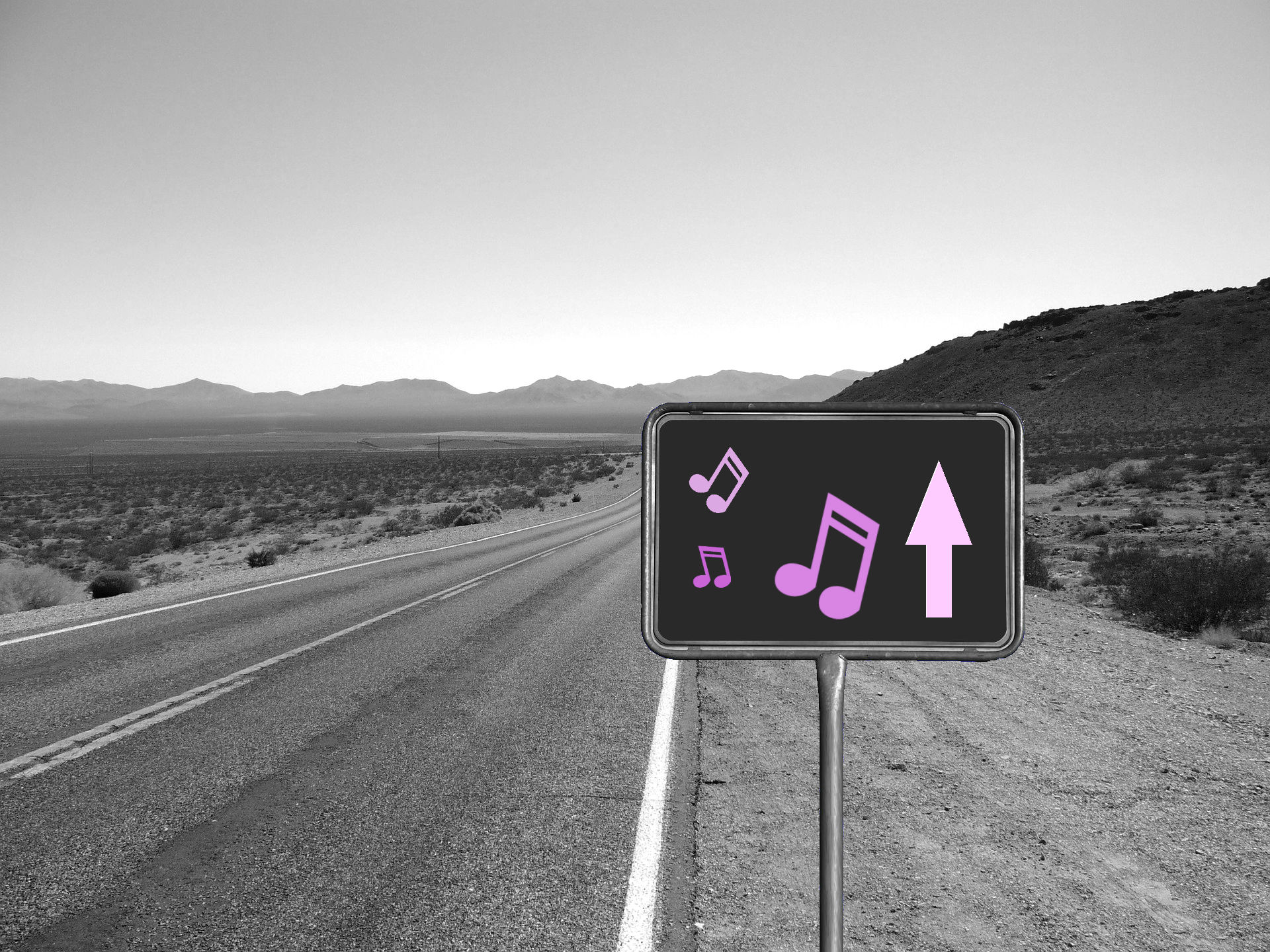 We've heard of engines purring, and Carpool Karaoke, but have you ever heard of the roads themselves singing?(And no I don't mean an orchestra of mechanical clanks and high-pitched screeches from cars in desperate need of maintenance.)

If you find yourself on a select number of roadways across the globe, you and your car can be the bow to producing tunes on musical roads. Don't understand how this could be possible? Think of music boxes or vinyl records. When you pop an LP on your turntable, a needle runs along the grooves cut into the disk. Vibrations (which change depending on the depth,width, and spacing of the grooves) magically produce the recognizable tune of your favorite song (or maybe a secret message if you play that same song backwards). These roads run on a similar principle: when a car drives over a musical road, tactile vibration and audible rumbling are transmitted through the wheels into the car body in the form of a tune. It's like a more pleasant version of a rumble strip.

These singing streets exist in several countries, which include at least Denmark, Japan, South Korea, and The US.

The first known musical road was created in 1995 in Denmark by two Danish artists: Steen Krarup Jensen and Jakob Freud-Mangus. Known as The Asphaltophone, the roadway is composed of a series of raised pavement markers ...spaced out at intermittent intervals so that as a vehicle drives over the markers, the vibrations caused by the wheels can be heard inside the car " (cmuse.org).

In Japan, Shizuo Shinoda's "accident" ended up being a happy one. Legend has it that with the help of a bulldozer, Shizuo Shinoda accidentally scraped some markings into a road. When he drove over them? There were sounds. Sounds which could be manipulated depending on the depth and spacing of the grooves (See? Like a record). In 2007, the Hokkaido National Industrial Research Institute used the basic premise of Shinoda's design and created the Melody Road. The US has two versions of musical roads: The Civic Musical Road in Lancaster California and a stretch of Route 66 in New Mexico. The Civic Musical Road (yes, named after that Honda Civic) was grooved in September 2008 as part of Honda's ad campaigns at the time. The road, which played The William Tell Overture " (aka the overture to The Lone Ranger) lasted less than a month due to noise complaints from nearby residents. However, the following month, the overture was recut into another road, further away from residences, after there were complaints about its removal. Go figure.

America's second harmonious highway was constructed in 2014 in the village of Tijeras, New Mexico. This stretch of the famous U.S. Highway 66 (Route 66) plays America the Beautiful " when vehicles go the speed limit (45mph). The project was funded by the National Geographic society to slow down drivers and keep them from falling asleep at the wheel. It also adds a nice dash of patriotism in the middle of nowhere. These types of musical roads sound best when driven at a particular speed otherwise all you'll hear is an unrecognizable, fast-forwarded or slowed down version of the intended tune.

Tell us what you think: are these musical roads a smart way to encourage drivers to follow posted speed limits? Or are they completely unnecessary?