Things are heating up.

With news of big oil companies wanting President Trump to stay in the Paris Climate Agreement, all eyes are on the president waiting to see what he decides.

If Trump pulls American from the deal, more than just the environment can be affected.

Paris Climate Agreement... in a Nutshell

The Paris Climate Agreement is an agreement in the United Nations Framework Convention on Climate Change (UNFCCC) that brings nations together on a common cause: reducing greenhouse gas emissions and working to keep the century's climate rise from exceeding 2 C.

Their goal is to work towards a century temperature increase of just 1.5 C. 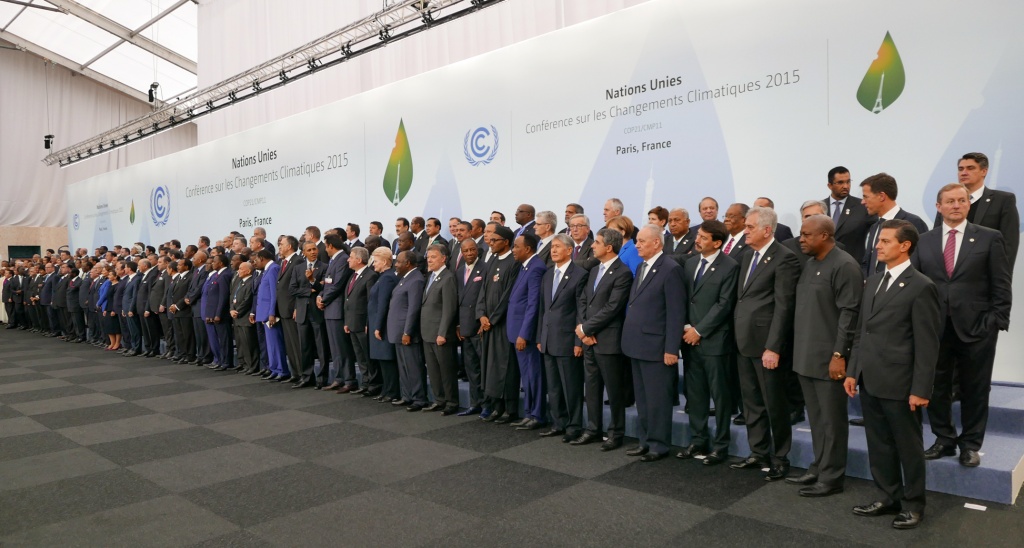 Heads of delegations at the 2015 United Nations Climate Change Conference, which led to the Paris Agreement. By Presidencia de la República Mexicana, CC BY 2.0

The agreement was reached in December of 2015 between 195 countries at the 21st Conference of the Parties of the UNFCCC. It went into effect in November of 2016 after 143 of the 195 UNFCCC members formally consented to it.

So, what's next? More research (and money) into the field of low greenhouse gas emissions and climate-resilient development. Countries on board for the Climate Agreement must present new plans every five years that show how they plan to continue increasing their emissions reductions, starting in 2018.

This is the world's first comprehensive climate agreement.

How Are Big Oil Companies Involved and What Does It Mean for Them?

These companies have been investing time, resources, technology, and more into the natural gas field. There's an abundance of natural gas in North America, and it's been increasing in production over time. Some big companies are urging the U.S. to remain in the Paris Climate Agreement so they can continue their work in that area.

"[We] believe it's possible to provide the energy the world needs while also addressing the climate challenge." — BP

On the White House website,  An America First Energy Plan states that the Trump Administration is committed to clean coal technology and reviving the country's coal industry. The Paris Climate Agreement wants to shift the focus to natural gas, which emits less pollution than coal. Still, with big oil companies making a pretty penny from natural gas, changes in the U.S.'s part in the climate agreement can have an effect on their profits.

Amidst the scientific community, there is an understanding that greenhouse gasses are harming the environment which could lead to serious consequences. While President Trump recently failed to mention climate change in his Earth Day statement, he has told the New York Times in an interview that he has an open mind about the Paris Climate Agreement.

We can only wait to see what the president's next move will be in relation to the agreement. However, the U.S. has already agreed to the deal and must remain a part of it for the next four years. Any country wishing to withdraw from the Paris Climate Agreement must give a one-year notice period.