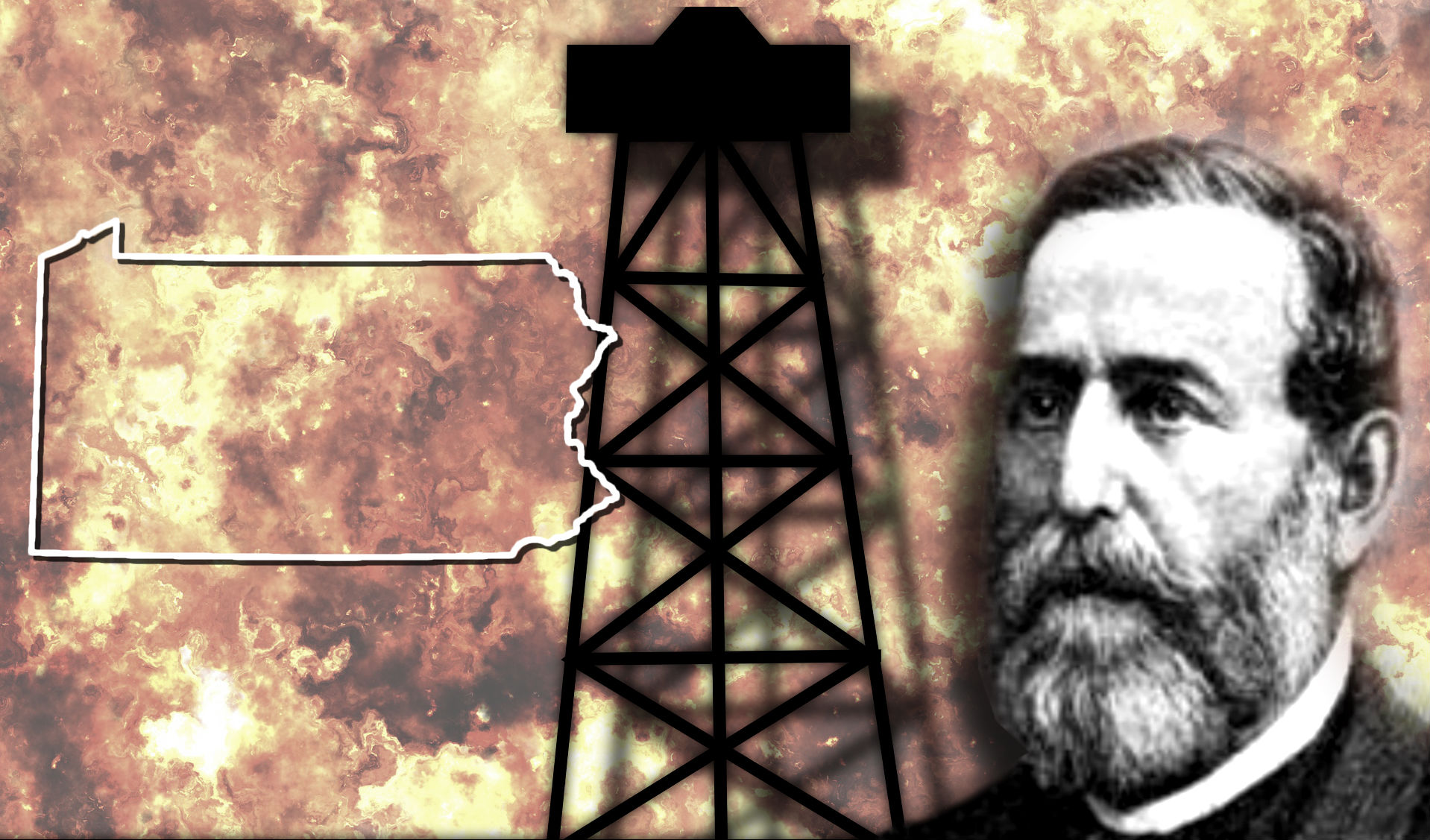 In March of 1848, a Mormon merchant named Samuel Brannan confirmed the discovery of vast amounts of gold buried in the mountainous lands of Northern California to the unwitting San Francisco Bay Area public.

Brannan had expediently founded a storefront that sold gold mining supplies just before he'd made his brilliant and famous proclamation: Gold! Gold! Gold from the American River! "

Brannan strolled through the streets, with a vial of American gold in his hand, beckoning those within earshot to come shop at his store. In a few weeks, he'd made $36,000 dollars and he didn't have to lift a finger.

The California Gold Rush is a thoroughly-covered piece of American history. It highlights the vast bed of natural resources our country's technological capital is built upon, and how the giant state of California once lonely on the western side of the United States cemented itself into the American consciousness as the place to be ", for all-things-modern. In a two-year period, San Francisco's population increased from around 1,000 to 25,000 residents.

At the same time, and the other side of the country -- about 2,500 miles eastward another cherished resource was beginning to emerge. That substance, of course, is petroleum; and the fateful place of discovery was the unwitting town of Saltsburg, sure enough known for its salt mines. Samuel Kier spent many of his mornings drilling for salt in his mines, but happened across a rather annoying problem: thick, pungent, black goo leaking out of the ground, tainting his salt.

After dumping the troublesome liquid as far from his mines as possible, an unsuspecting Kier who would go on to be deemed the Grandfather of the American Oil Industry happened to witness the sludge spontaneously combust, intriguing him enough to begin studying the substance. In 1853, Kier had managed to produce the world's first kerosene, designed to replace the scarce and expensive whale oil as the proprietary fuel for lamps.

As the Gold Rush came and went and so, too, the gold prospectors began to take notice of the visually less-impressive but altogether profitable petroleum. Astonishingly, the Western region of Pennsylvania was setting up to be the San Francisco of the Northeast ": promising hopeful prospectors a share of the riches, and providing a much higher rate of success than the sporadic luck of the forty-niners. In short:

Oil fields were speedily prepared, holes were dug, geysers were spewing, and a whole lot of money was made.

However, similarly to the Gold Rush of the West, the good times came to an end too soon. Pennsylvania was quickly drained of its oil reserves (once providing 1/3 of the world's crude), and the oil-rich West became a hotspot for drilling; and while San Francisco began coming into its own in the early 1900s (barring the destructive earthquake of 1906 which it has quite clearly recovered from), the oilfields of Western Pennsylvania were pretty much forgotten. Though Western Pennsylvania and Pittsburgh thrived over the years as a significant industrial hub of the Northeast United States, oil production virtually ceased, and has remained a forgotten enterprise.

Many might assume that the discovery of oil would have been somewhere in Texas, or California. Unlike the Gold Rush, the Oil Rush wasn't so intimately attached to geographical location in which it took place. Instead, once oil production boomed across the country, the origins of the business were more or less forgotten.

And so it remains, today: an estimated 200,000 abandoned oil wells exist throughout Pennsylvania.

Most of these wells are located within a short distance from one another, in the Western part of the state. Due to the sudden excitement that an extremely valuable resource was quite literally shooting out of the ground, many eager entrepreneurs began digging with a hopeful generalization contributing to some rather shallow deductive reasoning. They didn't care much where.

The abandoned mines pose a risk to any person living or commuting to or through the Western Pennsylvania area. In 2012, a 30-foot geyser spouted a dangerous amount of methane gas into the air. Reports of entire homes destroyed by explosions began to appear in the media around the same time; some even suggest that gas drilling could have a hand in the explosion, though there is no explicit evidence. Considering the amount of drilling still done in this area for shale and natural gas, the public-fueled initiative to slow down drilling in Western PA doesn't seem likely.

The only solution, it seems, is to plug them but considering the relatively unknown problem of exploding oil wells in Western PA, the DEP's subdivision that deals specifically with this issue is, naturally, a bit under-funded.

It's 2016 San Francisco is an economic powerhouse and bustling metropolis: a trend setter in all senses of the word. Meanwhile, in Western Pennsylvania, the old rusted relics of oil pumps rot away at the ground; and the forgotten oil industry of the Keystone State continues to pose a challenge to the residents and respective politicians of the Western counties.

The signature green foliage of Pennsylvania has all but covered these last few remainders of a forgotten past and although it may not be on the same scale as the oil boom of the latter half of the 19th century it seems inevitable that they are bound to make history once more.