It's all fun and games until the foil balloons cause power outages across the state of California...

We've come a long way from using pig bladders as balloons (although nothing says happy birthday, son! " quite like an inflated pig bladder on a stick, am I right?).

Modern balloons are made from a variety of non-porcine materials, such as rubber, latex, polychloroprene (neoprene ...the same stuff in wetsuits), and nylon fabric. Latex balloons are probably the most commonly found balloons they're adjustable, available in an assortment of colors, and are rather cheap go to a restaurant for a child's birthday and any free balloon is likely to be made of natural latex from rubber trees. Balloons are fun! Just ask Pennywise the Dancing Clown ...

But what's even more fun than a latex party balloon? A foil balloon.

Foil balloons hit the manufacturing stage in the late 1970s for a longer-lasting, yet more expensive, alternative to latex balloons (and, you know, good ole' fashioned pig bladders). They are often referred to as Mylar " balloons, although the term is not wholly accurate; foil balloons are made using a petroleum-derived, polyester film called biaxially-oriented polyethylene terephalate (boPET). Mylar " is a registered trademark owned by Dupont Tejjin Films (just as Saran " is specifically a trademark for polyvinyl chloride, but is often used interchangeably with plastic wrap ").

Foil balloons are not made from the same foil you might have lurking in your pantry: these balloons are composed of a thin, continuous metallized film over nylon. Metallized films are polymer films coated with a thin layer of metal (though that is often aluminum). 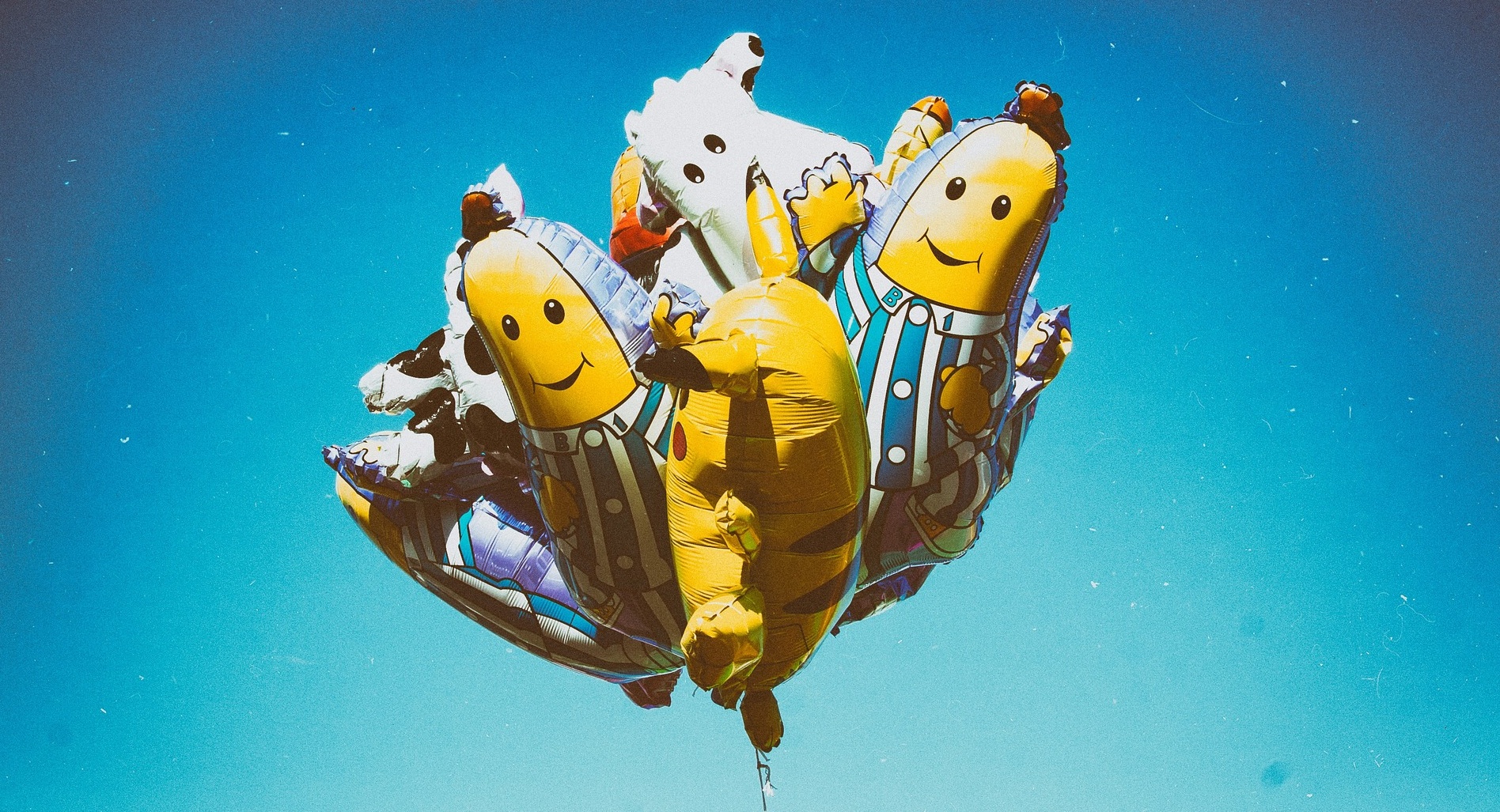 Unlike latex balloons, these metalized nylon balloons are available in a variety of shapes and are often printed with colored pictures or designs. The foil material is cut into shapes and heat-sealed to create the seams of the balloon.

There are two different methods to printing designs on foil balloons: Process Printing and Screen Printing. Process Printing occurs at the manufacturing stage of production, where the image is printing on to the foil material before the balloon is completed. Process printing offers a fuller range of detail and color to the design and the image can be printed to cover the balloon's whole shape. This method is ideal for high-volume, full-color images and logos.

Screen Printing, on the other hand, occurs after the balloon is finished. The design is split down in to individual colors: each color is placed on a silk screen and printed individually to the foil balloon to create the desired image (this is the same method used for screen printing other objects, such as t-shirts). Screen printing is most usually the preferred method in designing bespoke " balloons: shorter runs of made-to-order balloons. It's a cheaper yet more limited option to custom designed balloons (in the event you want to print Nena's face on 99 balloons).

Did you know that there really is an organization called The Balloon Council? Well now you do. According to their website, The Balloon Council, an organization of retailers, distributors and manufacturers, was formed in 1990 to educate consumers and regulators about the wonders of foil and latex balloons and the proper handling of them. " Seriously. Not everyone thinks that balloons are all fun and games: in 1990, California State legislature passed SB 1990, enacting a Balloon Law to regulate the sale and use of helium-filled foil balloons on the basis that they can interfere with power lines and cause power outages. The issue was again addressed in 2008 with the proposition of Senate Bill 1499 to ban foil-lined party balloons in the state of California. The Senate amended the bill, but Governor Arnold Schwarzenegger ultimately terminated it using his power of veto.

Balloons are extremely popular for decorating and entertainment, although the general uses for balloons also include everything from balloon catheters to steerable airship balloons.While they range from fun to functional,individuals should always keep "smart balloon practices" in mind: balloons should always be secured with weights, and foil balloons should never be released into the air because it has been deemed harmful to the environment. Balloons are good clean fun; littering, however, is bad.