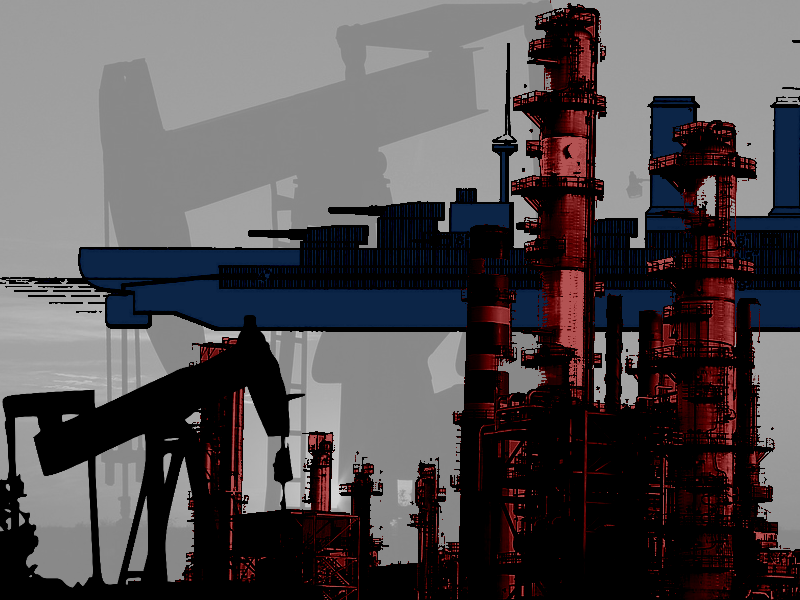 Much like the proverbial spoon of The Matrix lore, the actual barrel that so many news outlets have acknowledged as the means by which oil is transported overseas, doesn't actually exist.

Just google oil cheaper than barrel, and you'll see several of uses of the word actual being carelessly thrown around and implanted in news headlines. With oil prices continuing to dip and US citizens lining up at the gas pumps, it seems that each new day brings another comparison of the price of oil to a seemingly inconsequential object that also demands a dollar price. Today's object of choice? A barrel, or a steel drum.

Let us set aside the price of steel drums (which quite obviously go for a higher price than that at which oil currently sits) and look at how oil is moved overseas, made into a consumable product, and distributed to gas stations.

Oil is extracted and loaded into oil tankers, which are gigantic vessels designed for one thing: to carry oil. The largest tankers, according to the American Petroleum Institute, can carry up to 2 million barrels of oil. Yikes.

Of course, the barrel that the news outlets are discussing is not the same barrel what they are referring to is a steel drum, commonly holding up to 55 gallons of oil, gasoline, lubricant, etc. API is referring to barrels " as a measurement, and a historic one at that precisely 42 gallons of oil equals one barrel; ever since Richard III set the standard size for a tierce of wine, which equals 42 gallons.

In other words, the tankers aren't actually transporting barrels full of oil in the same, outdated fashion that the New World explorers transported sugarcane and rum. But, you already knew this, right?

As the California Energy Commission fittingly puts it:

"An oil refinery is basically a density-changing machine. At a refinery, crude oil undergoes several processes that change it into many useful products, from fuels to fertilizers, from plastics to paving materials. Every day in the United States, refineries process approximately 15.4 million barrels of petroleum. "

A single barrel of crude oil -- among the 15+ million -- is used to make a variety of products: number one, of course, being gasoline:

Imagine emptying out those 15 million barrels, undergoing several time-intensive applications designed to make the oil consumable, and then refilling up the barrels again once the job was complete. Lot of lost man-hours, eh? Naturally, this is not something major oil employers would likely engage in. Instead, the oil from the tankers (and pipelines) are imported to the refinery, then going through a distillation process, a conversion process, an alkylation process, and a de-sulphurization process. Additives an essential part of the fuel-making, lubricant-making, and general petroleum product-making process are then added to turn the refined petroleum into application-specific fluids.

Often transported via pipelines during this phase gasoline begins making its way to your fuel tank.

Going first to either wholesalers or refiners' terminals, the gasoline is eventually loaded into a tanker truck, or petrol tanker. You've seen these before logically, the flashy, branded tankers are taking their gasoline to their respective gas stations with the same flashy brand insignia emblazoned on the 100 ft. tall sign; furthermore, the plain, silver versions are probably taking their load to a variety of smaller gas stations of lesser known brands and/or family-owned stations.

In either case, a transaction is made (likely in cyberspace), and the oil is transported into the station's large tanks. Now you are free to pump away.

If you want your petroleum in a barrel, then you're going to have to buy it by the 55-gallon drum at Petroleumservicecompany.com.