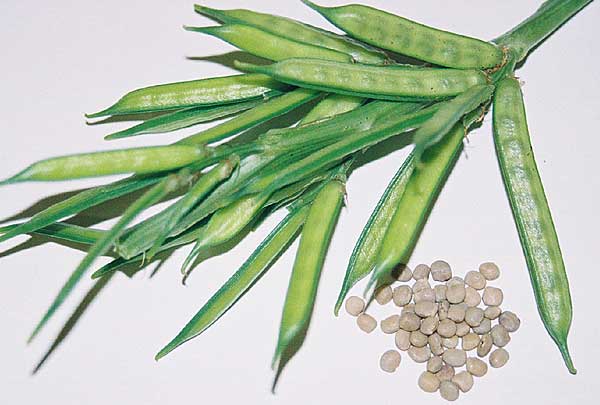 For a controversial practice such as fracking, it might seem a bit odd to think that beans are partially responsible for making it all happen.

Meet guar a glorified lima bean that is largely grown in India and Pakistan. Guar is in the family of vegetables known as legumes, alongside the likes of peas, lentils, mesquite, alfalfa, and more. Aside from hydraulic fracturing, it is primarily used for animal fodder (as well as human food) and as a gluten-free thickening agent. However, since it's so good at blasting through solid rock to release natural gas trapped deep underground, guar is also the bean behind the scenes of the modern oil industry.

Want to turn ordinary water into fracking gel? Simply add guar powder. Doing so creates a thick, viscous fluid that is effective at transporting sand granules into the ground and keeping fractures open for extraction to occur.

Because of this discovery, the demand for guar was skyrocketing only a few, short years ago. In 2011, guar gum was India's largest agricultural export to the U.S. with sales of approximately $915 million. Much of this guar was going directly to the oil industry. Initially, this made a lot of money for very poor Indian farmers and according to the New York Times, it helped thousands get out of poverty.

Since then, oil giants like Halliburton and Schlumberger have been at work in the laboratory creating synthetic guar with hydrocolloids, the primary thickening agents inside guar gum. In a 2012 Time magazine article, Dennis Seisun, head of hydrocolloid consulting company IMR International, said, "They have all got something, but nothing works as well as guar."

Until better methods are discovered, the fracking industry will most likely continue to rely on all-natural guar. It's a unique relationship between farmers and Big Oil companies, and one that's beating out synthetic alternatives.

Ironically enough, for the foreseeable future, one of fracking's most important components remains about as environmentally friendly as can be.