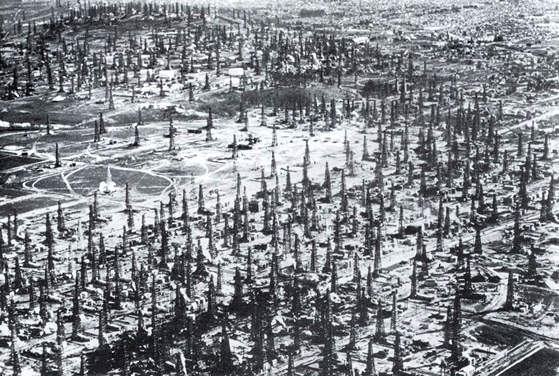 Believe it or not, L.A. used to be a small seaside town until the late 1800's. In 1892, Edward L. Doheny discovered the first successful oil well near present-day Dodger Stadium. The Los Angeles Oil Field became California's top producing oil field and in 1901, there were 200 separate oil companies active there.

Over time though, the city was being built on top of these oil fields. While Los Angeles doesn't look like the oil giant it once was, there are still a number of active drill sites all over the city. These oil rigs are hidden in plain view on high school campuses, attached to shopping malls, and located inside buildings that otherwise look like regular office buildings.

In the VICE video located below, we are shown a number of L.A.'s hidden oil rigs and given insight into L.A.'s current state of production by Craig Barto, President and CEO of Signal Hill Petroleum, and a geologist, Don Clark.