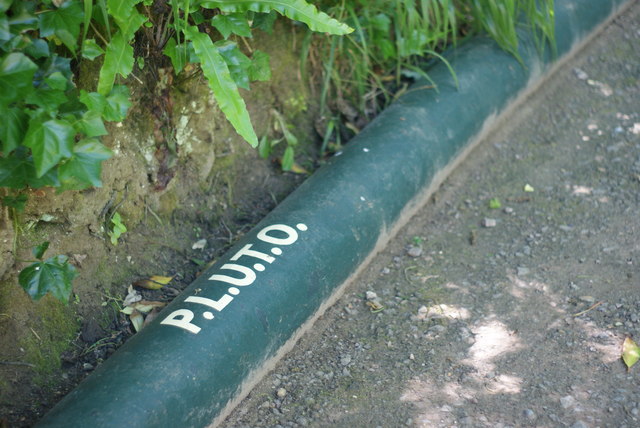 Oil pipelines remain as one of the hot topics in today's U.S. governmental talks. Currently, our leaders are debating the viability of building one that will run from Canada into the United States in an effort to help relieve the U.S. of energy dependence. However in World War II, the U.S., along with other Allied armies, was more concerned with pipelines that ran from England into France.

In the months following D-Day, Operation PLUTO (Pipe Line Under The Ocean) was implemented in order to supply much-needed petroleum from storage tanks in southern England to the Allied forces across the English Channel in Nazi-occupied France.

Early pipeline designs were for a two-inch bore pipe of hardened lead with 2 layers of 2mm steel strip reinforced with galvanized steel wire. This allowed for fuel to be pumped at 600 pounds per square inch. —After successful deepwater tests in the Clyde estuary, PLUTO was officially brought into the plans for the invasion of Europe. The project was considered strategically important, tactically adventurous, and from an industrial point of view, strenuous.

The layers of the PLUTO pipeline. Image: Geni, Wikipedia[/caption]

The first line to France was laid in August 1944, over the 70 miles from Shanklin Cine on the Isle of Wight across the English Channel to Cherbourg, France. As the fighting grew closer, more pipelines were laid. To prevent the enemy from destroying pumping stations, many —were hidden inside of various inconspicuous buildings, ranging from homes to garages, and even one inside of an ice cream shop. In Europe, pipelines were extended to as far as the Rhine River as troops progressed forward.

In total, 172 million gallons of gasoline were pumped to the Allies by VE Day (Victory in Europe Day), providing critical relief until a permanent, post-war solution could be arranged. Although the pipeline remained in commission for some time after the war, over 90% of it was salvaged and scrapped between September 1946 and October 1949. Some concrete fixtures that supported the pipeline can still be found today in the English and French wilderness however.

Operation PLUTO is considered one of history's greatest feats of military engineering. The pipelines constructed during the time are also the forerunners of the flexible pipes used in the development of today's offshore oil fields.