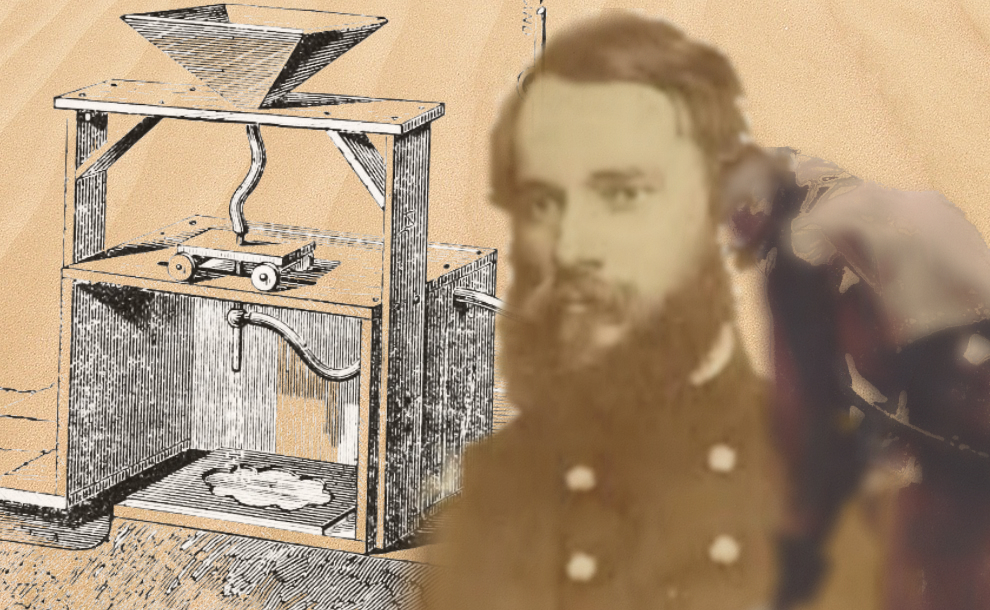 Whether it be George Washington, Benjamin Franklin, Teddy Roosevelt, or Jim Thorpe, Americans have always been fascinated by a jack-of-all-trades.

Perhaps one of the most under-appreciated utility-men in history, Benjamin Chew Tilghman, could be readily included with the above exclusive lineup. With a name that inherently demands repute, B.C. Tilghman was —much more than a man with an impressive mustache.

As a native of the great state of Pennsylvania, Tilghman attended Bristol College and, later, the University of Pennsylvania. Receiving his degree in law, Tilghman never practiced because, apparently, he had several other really cool things that needed doing.

Prior to the Civil War, Tilghman was first and foremost a trailblazer, in every sense of the word — having journeyed through Europe and much of the then United States, the weary-worn traveler took needed rests in various factories and laboratories where he offered his brainpower free-of-charge: so long as he could further stimulate his mind.

After the war broke out, B.C. volunteered in the 26 th Pennsylvania volunteer infantry. Entering the Army as a captain, Tilghman sustained a severe wound during the Battle of Chancellorsvile in 1863, culminating in his promotion to Colonel and Commander of the 3rd United States Colored Troops. Two years later, Tilghman was promoted to Brigadier General for meritorious services. Tilghman kept a journal of all of his transactions, ideas, and writings.

While stationed in the desert, General Tilghman witnessed the effects of wind-blown sand on windows — producing a matte and weathered effect, Tilghman was inspired to use this media as a tool.

Finally, around 1870, Benny Chew Tilghman invented the sandblasting process that we all know and love. He soon found the process was useful for sharpening tools, engraving, cleaning, and achieving a desired aesthetic in wood furniture. In his off-time, Tilghman invented a stone-cutter, the sulfite method of paper production from wood pulp, and had founded several companies in both the United States and Great Britain.

So what have you done today?