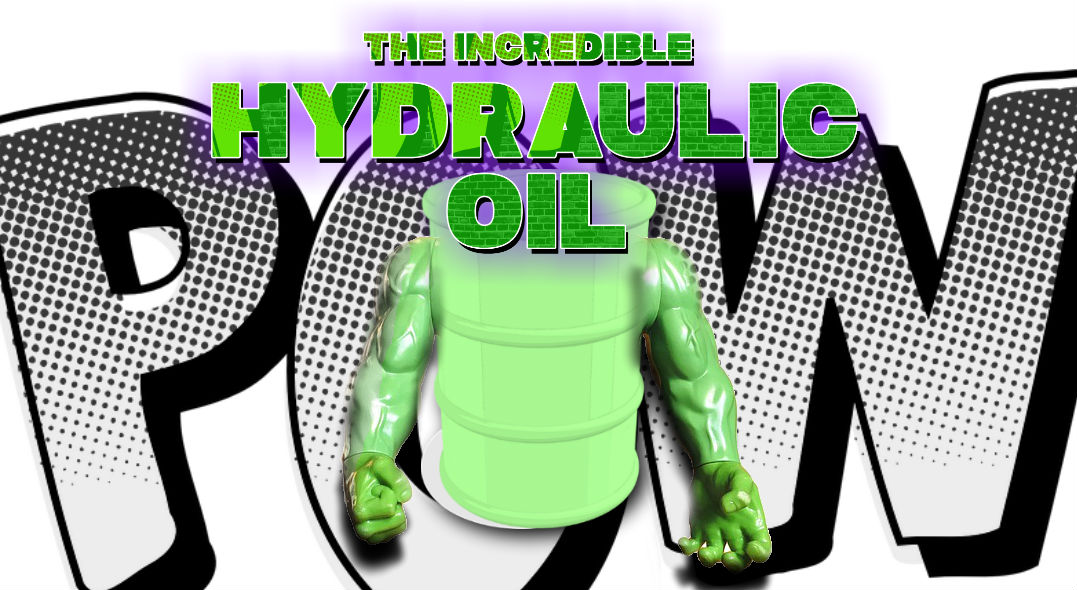 Ever since the Industrial Revolution, machinery and engine lubrication has been a fundamental component of everyday life for most Americans.

We employ lubricants in our machinery, engines, and vehicles every day. While many varieties of lubes exist, we can say that most are intended to address metal-to-metal contact during machine or engine operation.

Lubricants are designed to form an incompressible and often very slippery barrier between two or more metal components on the same machine; and although all lubricants serve to provide just that (i.e. lubrication), few oils have any other objective.

Contrarily, hydraulic fluids have a dual-purpose and a storied history that goes far beyond the beginnings of machinery lubrication, at large.

Hydraulic Fluids: a source of Power

Have you ever considered what specifically was capable of powering an excavator's massive front arm? Or the gravity-defying course of action of a dump truck?

While the heavy-duty metal components, the fuel, and the electrical power all seem like perfectly reasonable responses, none of these are capable of generating enough power to manifest any changes in the operations of these large vehicles. This is likewise the case with any industrial machinery that employs hydraulic oils.

But before there were highly refined and premium hydraulic oils, there was only one fluid that powered hydraulic systems since the 6th millennium BC; that fluid, of course, is water.

From Ancient Greek automata to the famous aqueducts of the Romans, water was not only a source of life but also a source of power consequently, it's no wonder the trident-wielding Poseidon (Neptune), the god of the seas and rivers, was portrayed as a massively powerful deity with the capability to cause gigantic waves and earthquakes with a simple strike of the ground.

Hydraulic power is derived from the incompressibility of the liquid in question while water and other fluids may be compressed in controlled situations (i.e. extremely unlikely to occur in nature), the fundamental makeup of a liquid prevents compression due to the strength of the bonds between fluid particles, or microscopic pieces of matter.

Should the shape of a container holding water change dynamically, the water would instantly react, displacing its constant volume to account for the rapidly-changing surface. Since the volume of water would not change according to a relative and available surface area, the fluid has the ability to transmit that stored power when it becomes pressurized. The immense amount of energy is stored and then transmitted from the nearly-incompressible water. And consequently, this invaluable tool was the defining variable in the mechanization of simple tasks from the beginning of human history up until the Industrial Age.

With the Industrial Revolution came new building materials to design machinery with; while wood and crude metals were used throughout history to construct simple machines, the new standard became polished metals with smooth surfaces.

Water, fundamentally, would be capable of transmitting the necessary force to power some modern machines, however, polished metals respond very poorly to water and oxygen when exposed to the elements, machine components can corrode and rust quickly, causing pitting and potentially equipment failure over time.

Oils have similarly incompressible make-ups; fortunately, the water and oxygen-free composition of oils prevents rusting and corrosion from occurring on internal components, but that's not all these oils also resist evaporation at high temperatures and may be improved with unique additives to boost certain performance characteristics.

Additionally, oils have a higher lubricity than water and other fluids, making it the ideal choice for hydraulic applications which surely require power-transmission but also require lubrication so as to prevent wear and tear. As such, petroleum-based hydraulic oils and synthetic hydraulic fluids (which mimic the characteristics of oil-based lubes) are the preferred choice for modern machines.

Whatever it is that you put in your machine, make sure it meets or exceeds the OEM specifications of the machine in question in order to get the most out of your operation.