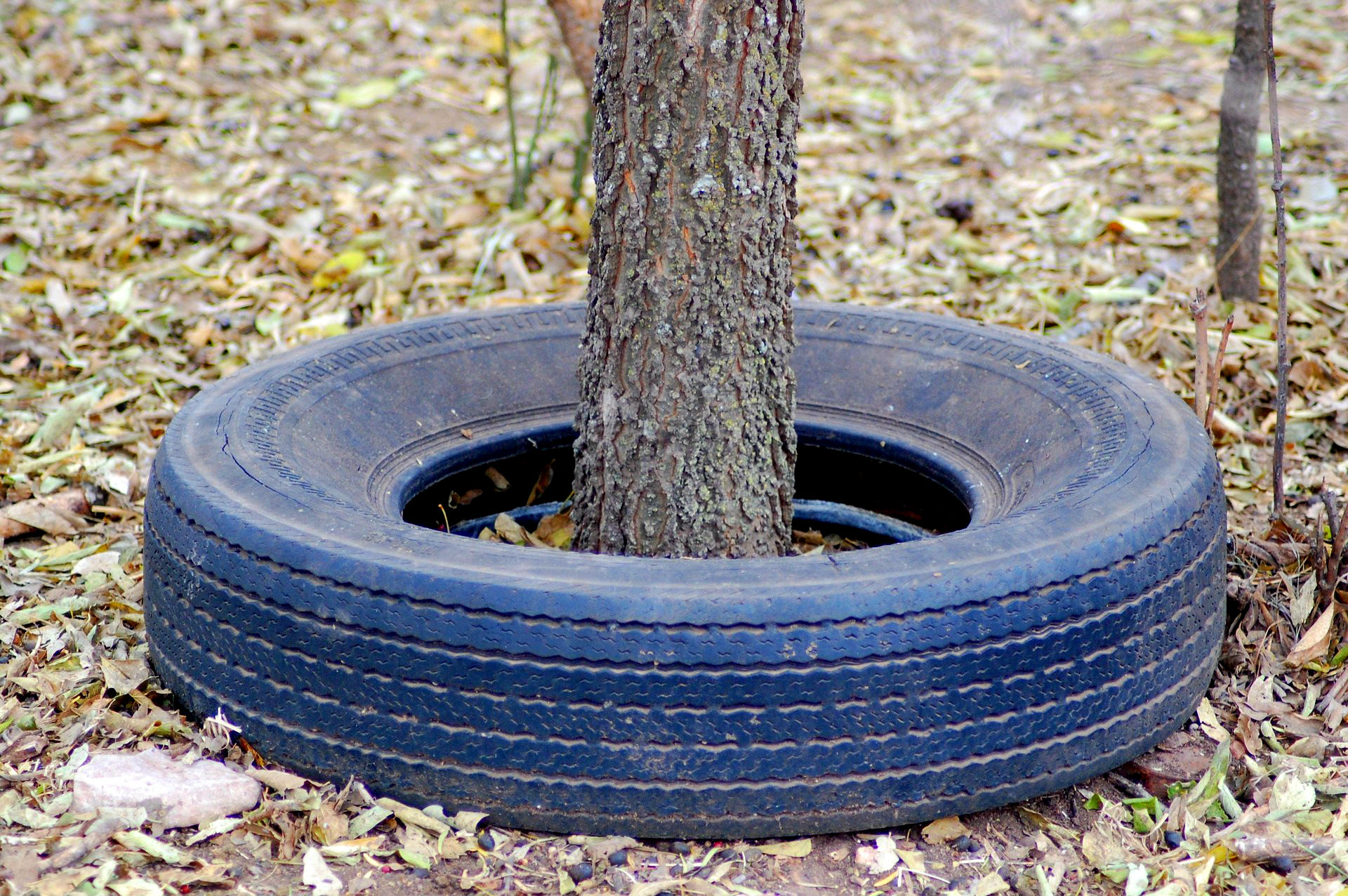 Long before it was vulcanized, molded, driven 20,000 miles, and tossed carelessly in the backwoods, rubber was a valued commodity.

Native Americans discovered the unique properties of rubber latex some 3 millennia ago; the ancient peoples found the material conducive to the engineering of bouncy balls and even proto-raincoats.

Though various plants produce a form of rubber latex, a specific tree native to the Amazon Rainforest (appropriately dubbed the rubber tree) exudes a starkly white, viscous latex that is responsible for the vast majority of natural rubber production in the world. Similar methods to extract the fluid were likely used thousands of years ago. A "tapped" rubber tree drained of it's latex.

However, gradually over the past century, natural rubber has largely taken a backseat to its synthetic counterpart commonly found in automobile tires — and virtually anything else that maintains similar properties to rubber but is not an inconveniently-brown rubber band.

The black rubber that we associate with automobile tires was more-or-less discovered by one, Charles Goodyear, in the mid-nineteenth century. Fascinated with the physical properties of latex, Goodyear — evidently fed up with his failed experiments — dropped a mixture of latex and Sulphur on a hot stove. Instead of melting, the rubbery " properties greatly improved, and the familiar black color was achieved. (And yes, he is that Goodyear.)

By the early 1940s in the United States, much of Goodyear's accidental achievement was pushed aside. Military vehicles used in World War II bore the increased need for rubber in manufacturing plants — unfortunately, the Axis powers were in control of virtually every source of natural rubber in the world

A few scientists from the B.F. Goodrich Company banged their heads together and managed to concoct a synthetic version of rubber to be tested and implemented in the production of military vehicles. Sparing the technical jargon, engineers implemented a comparably unique natural substance, petroleum, in the manufacturing of synthetic rubber. It was a massive success.

The revolutionary discovery prompted the U.S. to keep their new science a secret; before the war ended, the United States had quietly exceeded the entire world production of natural rubber through the employment of just fifty factories. Rubber was deemed so important during this time that several bombings of Axis-controlled rubber factories were organized and undertaken (see Operation Pointblank).

It's never easy to determine —what could —have been, but, at the very least, synthetic rubber had a huge part in the outcome of the Second World War.

Regrettably, synthetic rubber hasn't since been able live up to its heroic beginnings.

The issue with any and every tire is its inability to degrade over time. A simple google images search of "tire dumps" or "tire waste" may provide you with a slight indication of how widespread this issue actually is. Some tire dumps, including a few of the many —housed —within US borders, can be viewed from space. Others can be viewed from the comfort of your driver's seat, off the side of the road, or in an otherwise untouched patch of wooded land. However, unlike Kuwait's "Tire Catastrophe", which involved several million tires and one, nuclear-sized mushroom cloud of pure, black smoke, the United States thankfully has yet to endure a comparable experience, though it may be naive to suggest that Kuwait's disaster was anything less than an world issue.

And although the States house a considerable number of recycling factories dedicated to the repurposing of used tires, there simply aren't many uses for the old rubber aside from taking up space in landfills.

Nevertheless, until our cars are replaced with hovercraft -- and our asphalt roads with the elevated, mass-transit systems first theorized in The Jetsons -- synthetic rubber tires may be the only viable option to get us from A to B quickly enough.

Until then, America has priceless Californian, Oregonian, Pennsylvanian, North Dakotan, etc. real estate being eaten up by an extra 300 million of those hard-to-dispose rubber rings per year; and if they turn out to be as combustible (spoiler: they are) as those housed in Kuwait, this could spell disaster for many more than a few million, dry-rotted tires.

Pretty price to pay to get to work on time.