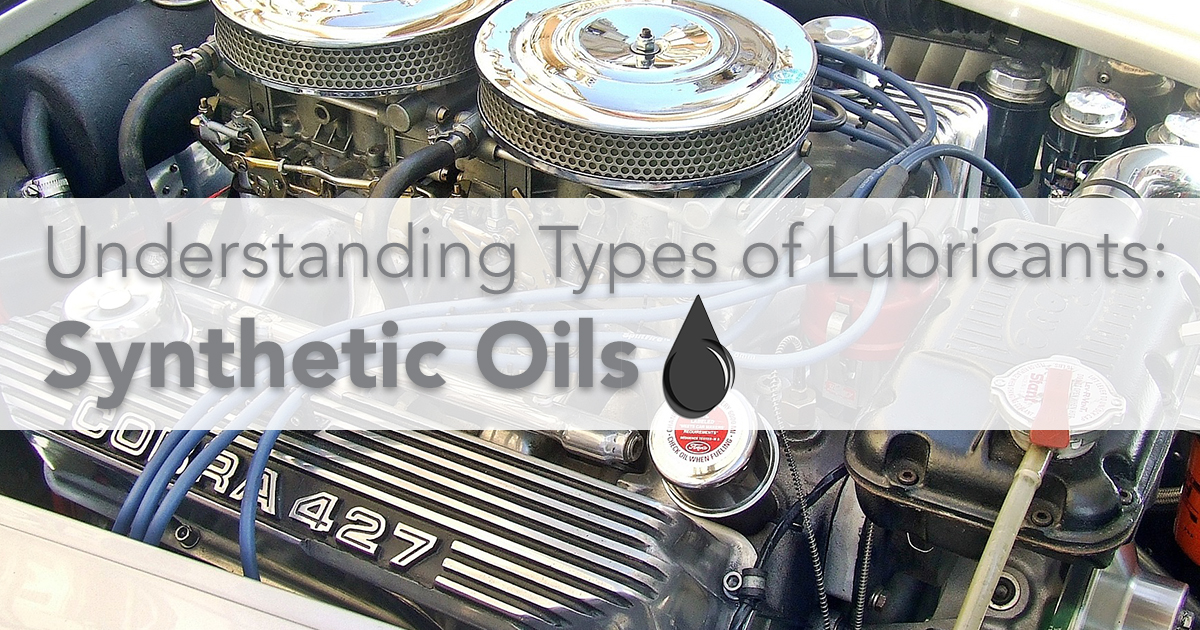 Sometimes when we think of synthetic, it tends to be in direct opposition to natural: synthetic fibers versus natural fibers (polyester vs cotton), synthetic or artificial dyes versus their natural counterparts (Yellow No. 5 versus turmeric), etc. But with motor oil, the synthetic versus conventional motor oil debate is quite different: synthetic lubricants are often viewed as superior to mineral oils. Is this true? If so, what's better about them?

Before we begin to answer that, we must consider what synthetic lubricants actually are. 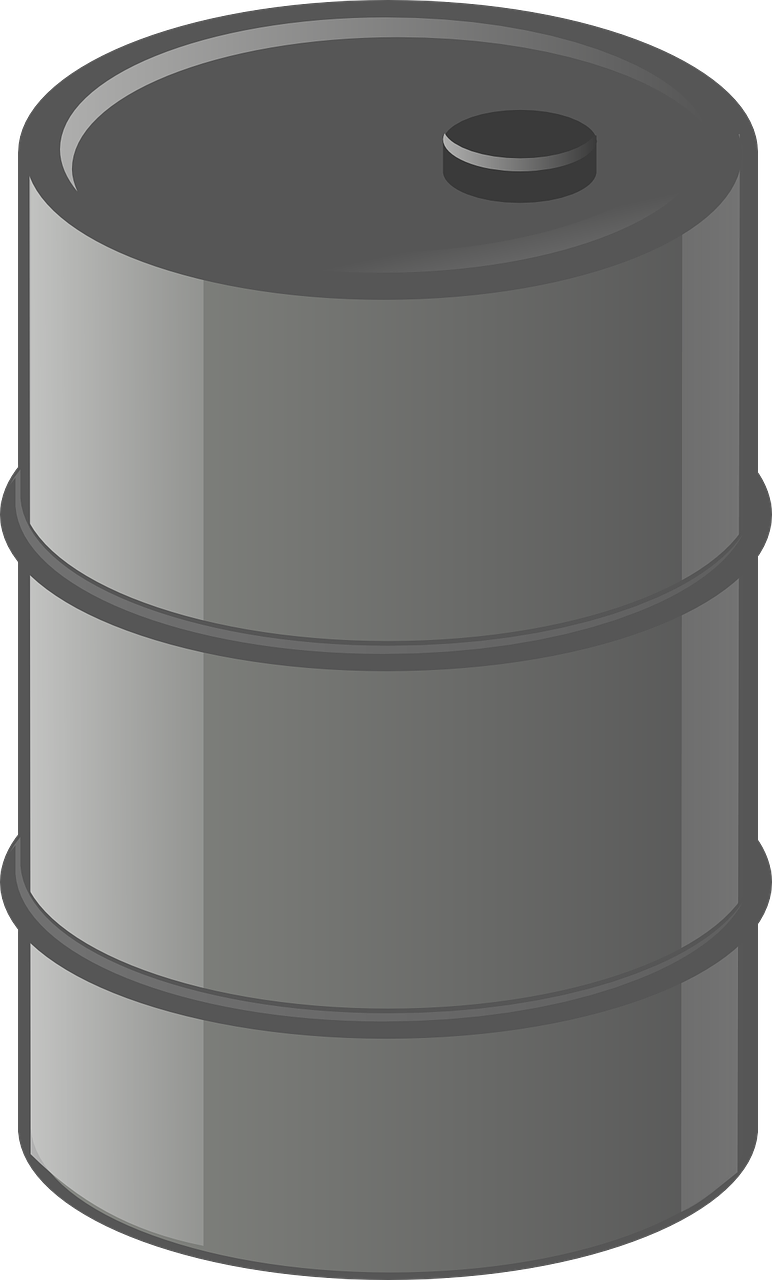 When it comes to motor oil, synthetic can be a bit of a misnomer. This is because today, not all synthetics are actually synthetics.

Let's break it down. Broadly speaking, synthetic lubricants are oils that contain base stocks synthesized through intended chemical reaction.

Traditionally, full synthetic lubricants were classified as Group IV oils under the American Petroleum Institute (API) base oil designations. Group IV base oils are called polyalphaolefins (PAOs) and are made through a process called synthesizing. The benefit of synthetically-engineered, man-made fluids is their constant molecular size and weight. Because of these characteristics, synthetics have very predictable properties, which is particularly advantageous. PAOs in particular have a broader temperature range and are great for use in applications where they will be exposed to extreme cold and/or high heat. They are best used in extreme applications that require a high flash point, low pour point, fire resistance, thermal stability, high shear strength, and/or high viscosity index.

Group V base stocks, which are chemically synthesized, can also be used in synthetic motor oils, but these are in the minority.

Synthetic lubes can be made from a variety of other chemical bases including:

But here's the thing,  not all synthetics are fully synthetic.

In the United States, there are no federal guidelines for using the word synthetic in the distribution and sale of motor oils. So, when a lubricant is called synthetic, it might not actually be synthetic at all, but rather a highly refined mineral oil.

In 1999, Mobil filed a complaint with the Better Business Bureau's National Advertising Division (NAD) against Castrol Syntec motor oil. At the time of the litigation, Mobil 1 was made using a PAO base stock synthesized from ethylene while Castrol Syntec, on the other hand, was comprised of highly refined crude oil. Mobil's complaint centered around Castrol marketing their product as synthetic, despite the fact that it was made from petroleum.

Ultimately, the NAD ruled that both Mobil 1 and Castrol Syntec had near identical performance characteristics, despite their differing base stocks. Further, they said Syntec was technically synthesized from crude oil because its molecular arrangement was unnatural a byproduct of an intended chemical reaction.

Should You Use Synthetics?

The NAD's ruling has changed the meaning of synthetics as they apply to motor oil, and has led to the differentiation of true synthetic oils those that are made with chemically synthesized base stocks, such as PAO, polyalkylene glycol, and/or esters. This rather broad definition of synthetic oil also imposes the challenge of determining quality based on the term synthetic alone.

While we often view synthetic lubricants as superior to mineral oils, that quality and usefulness is dependent on a number of factors. If cheaper, lower quality base stocks can be synthesized into synthetic motor oils, the broad argument of synthetic's superiority is rather moot. As with everything else, not all synthetic oils are made equally.

But just because a product isn't a true synthetic, doesn't mean it's of lesser quality. Just take the Mobil 1 vs. Castrol Syntec example above The PAO-based and the mineral oil-based motor oils had remarkably similar performance characteristics. So really, superiority boils down to what's actually in your synthetic and how well it performs.

And the debate of synthetic oils isn't limited to just motor oils they're used for all kinds of lubrication:

What Synthetic Pays and Costs

When petroleum-based mineral oils are extracted from the ground, they are refined. The method of refining impacts the API designation of the oil as well as the cost: a more refined oil is a purer oil which makes a more expensive lubricant (giving it a higher API base oil group designation). Synthetic lubricants are also refined; however, they are also distilled, purified, and broken down into their basic molecules. This more complicated process removes more impurities from the oil and can then tailor the oil to specific performance/lubrication demands. Synthetics are more "customized," which gives them a higher cost, as well as higher levels of protection and performance.

When it comes to lubricants, no matter if it's industrial or automotive, you should buy what your machinery needs. If you drive your car under normal driving conditions--predominantly city or highway with the occasional backroad driving--a Group III-based motor oil will work just as well for you without such a steep price tag. It's when we get to the high-performance driving--where you're putting your car through high heat or extreme cold, frequent short trips, longer oil change intervals, etc.--where it'd be beneficial to look into a Group IV or Group V synthetic. A New York City taxi cab or public bus are going to have very different engine requirements than your typical passenger vehicle.

There's also a myth in the automotive world where once you make the commitment to switching to synthetic oil, you can't go back to conventional oil. This is obviously untrue, as semi-synthetic engine oils exist. Semi-synthetics are a combination of premium synthetic base stocks and highly refined petroleum-based oils. These blended oils are created to provide the superior performance benefits of fully-synthetic oils without the higher price tag. It's a good compromise for most vehicles.

Depending on your application, a highly refined mineral oil can perform just as well as a more expensive true synthetic. In these types of applications, mineral oil may actually be preferred, due to synthetic's high cost, toxicity, solubility, potential incompatibility, and hazardous disposal. However, in extreme industrial applications where a high flash point, low pour point, fire resistance, thermal stability, high shear strength, or high viscosity index is needed, a synthetic may be just what's required.

It's also worth mentioning that it's actually getting more difficult to find "true" conventional oils these days, especially when it comes to motor oil. Due to performance requirements for these lubricants, it is not uncommon to find traces of Group III base stock in your Group II conventional motor oil.

When selecting a lubricant, it's always important to follow manufacturer specifications to ensure proper lubrication and optimum performance. Using a lubricant's product data sheet will help you compare performance characteristics to find the best fit for your needs.

Have any questions regarding lubrication or performance characteristics?

Feel free to contact us or shop our selection of premium lubricants at petroleumservicecompany.com