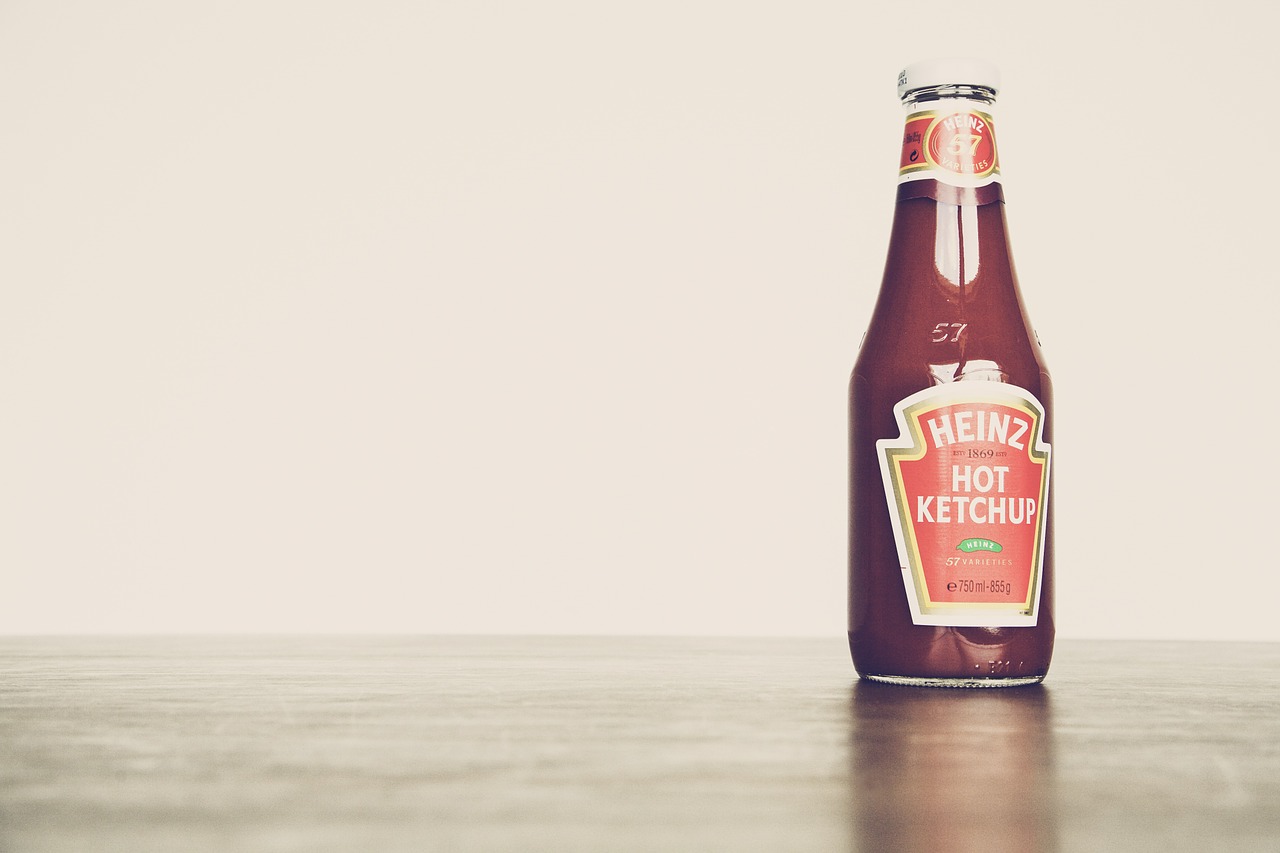 So, say you're at a nice restaurant. Maybe you're on a date or having an important business lunch. You order a burger and, while it's a lovely sandwich, cooked perfectly medium, all it's missing is that sweet, acidic tang from a nice dollop of ketchup. Your waiter graciously brings you your ketchup as requested, but to your horror, it's a glass bottle.

Your hands grow clammy and you start to sweat. You wonder why the universe hates you in this moment. What do you do? Do you thwack the end of the bottle until 5 minutes later a glob bursts forth onto both your plate and the tablecloth? Do you use a knife like your grandma does whenever she goes to the local diner and orders her steak cooked well beyond well-done? Do you just give up and hope that no one else notices your sudden change in condiment preferences?

Have no fear: an explanation of viscosity and non-Newtonian fluid is here.

To solve your ketchup quandary, a rudimentary understanding of viscosity might help.

So, what the heck is viscosity?

Simply put, viscosity is the measure of a substance's resistance to flow (under certain conditions). When talking about a fluid (like water, oil, or in this case ketchup), viscosity corresponds to thickness. Water, for example, is very thin; therefore, it has a low viscosity. Ketchup, on the other hand, is much thicker than water (as evidenced by the difficulty in getting it out of a glass bottle). This thickness means that ketchup has a higher viscosity than water.

If you need a visual aid (or a really quick science experiment for kids), take a bottle of water and a plastic bottle of ketchup. Preferably over a sink, overturn the open bottles at the same time. Without squeezing either bottle, you'll notice that the water pours out much faster than the ketchup. Chances are the ketchup doesn't even budge. Even if you do squeeze the ketchup, the water will still pour out way faster. Why? Because ketchup is a non-Newtonian fluid. 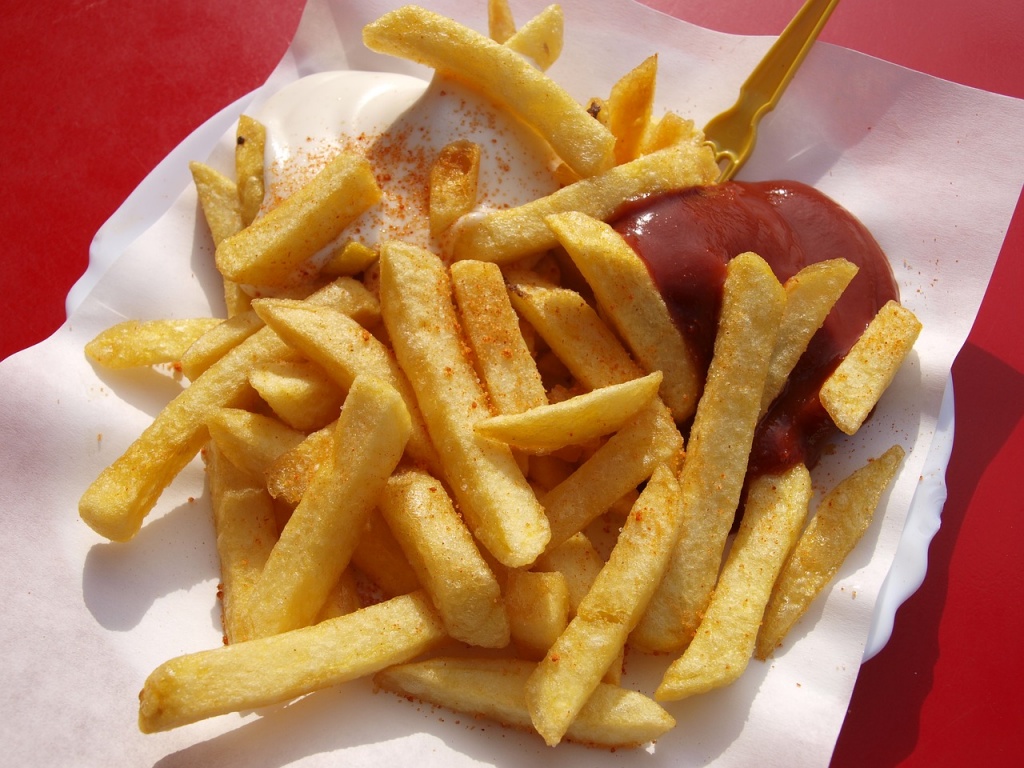 Newton's law of viscosity states that the sheer stress between adjacent fluid layers is proportional to the negative value of the velocity gradient between the two layers. " When measuring a fluid's viscosity, you are technically measuring its resistance to gradual deformation by stress (either shear stress or tensile stress).

Fluids that have a constant viscosity independent from stress are called Newtonian. Water, for example, is a Newtonian fluid. Remember our bottle experiment? Shaking the water bottle didn't (and won't) affect the water's viscosity; its thickness, or rate of flow, is unchanged.

Ketchup, on the other hand, is a different beast. Ketchup is considered a non-Newtonian fluid because unlike water, its viscosity is dependent on shear rate. If you take that plastic ketchup bottle and squeeze, the ketchup will pour out significantly faster. In fact, perhaps a little too fast you might make a mess when it squirts out.

Ketchup explosions happen because when non-Newtonian fluids yield to pressure (squeezing, shaking, thwacking, etc.) and start to flow, the viscosity actually decreases the faster it flows.

How Does This Affect Your Ketchup Pouring?

Ok. So now you know that ketchup is non-Newtonian with a changeable viscosity. It also helps to think of ketchup as a soft solid: a liquid with a bunch of stuff suspended in it. Those suspended bits that compose the ketchup form a network that doesn't really want to leave the bottle. Without adding shear force, ketchup is essentially a solid.

So, use the force. 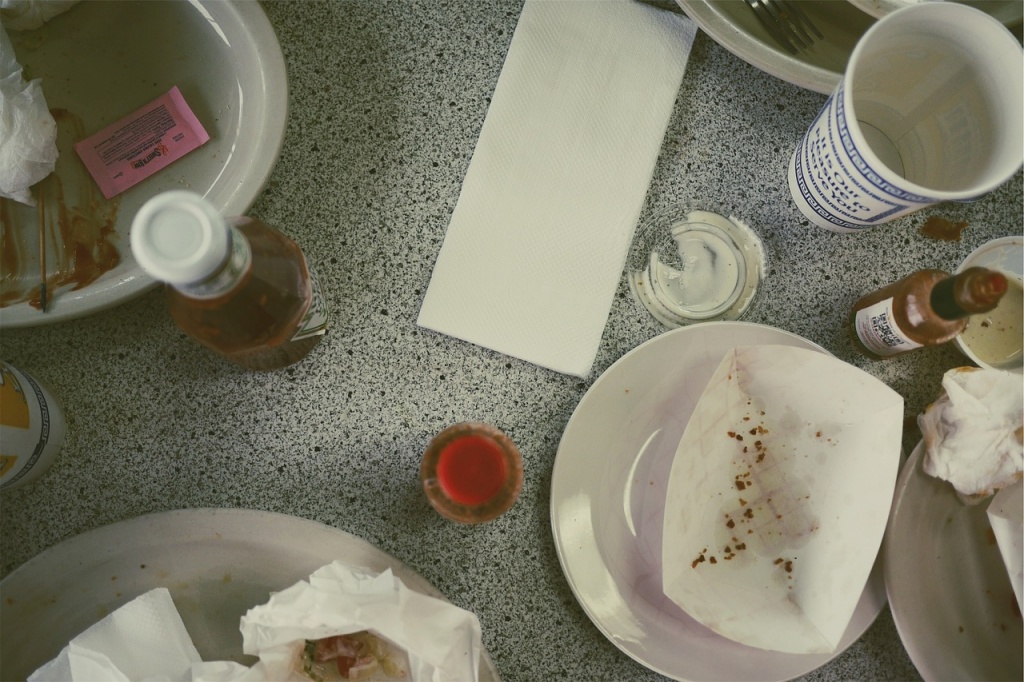 Let's go back to the restaurant and the ketchup predicament. To get that shear-thinning ketchup out of that bottle, you need to apply force. Thwacking the bottom is a step in the right direction, but it's not going to give you desirous results because when you hit the bottom with the palm of your hand, you're only changing the viscosity of the ketchup at the opposite end of the opening. You can hit it, and eventually get a blob of ketchup, but it's not the most productive way.

Have you ever heard the myth that the 57 " on a certain brand's glass bottle is the sweet spot for ketchup hitting? It's not so much a myth.

The first step you should take with a bottle of ketchup is to shake it. Not only does shaking re-mix all those suspended particles and prevent too watery ketchup, it also helps add that necessary force. With a glass bottle, give it a good whack on that sweet spot and wait for that ketchup to pour.

If you're feeling doubtful, stick to plastic bottles or packets. Or learn to live in a ketchup-less world.