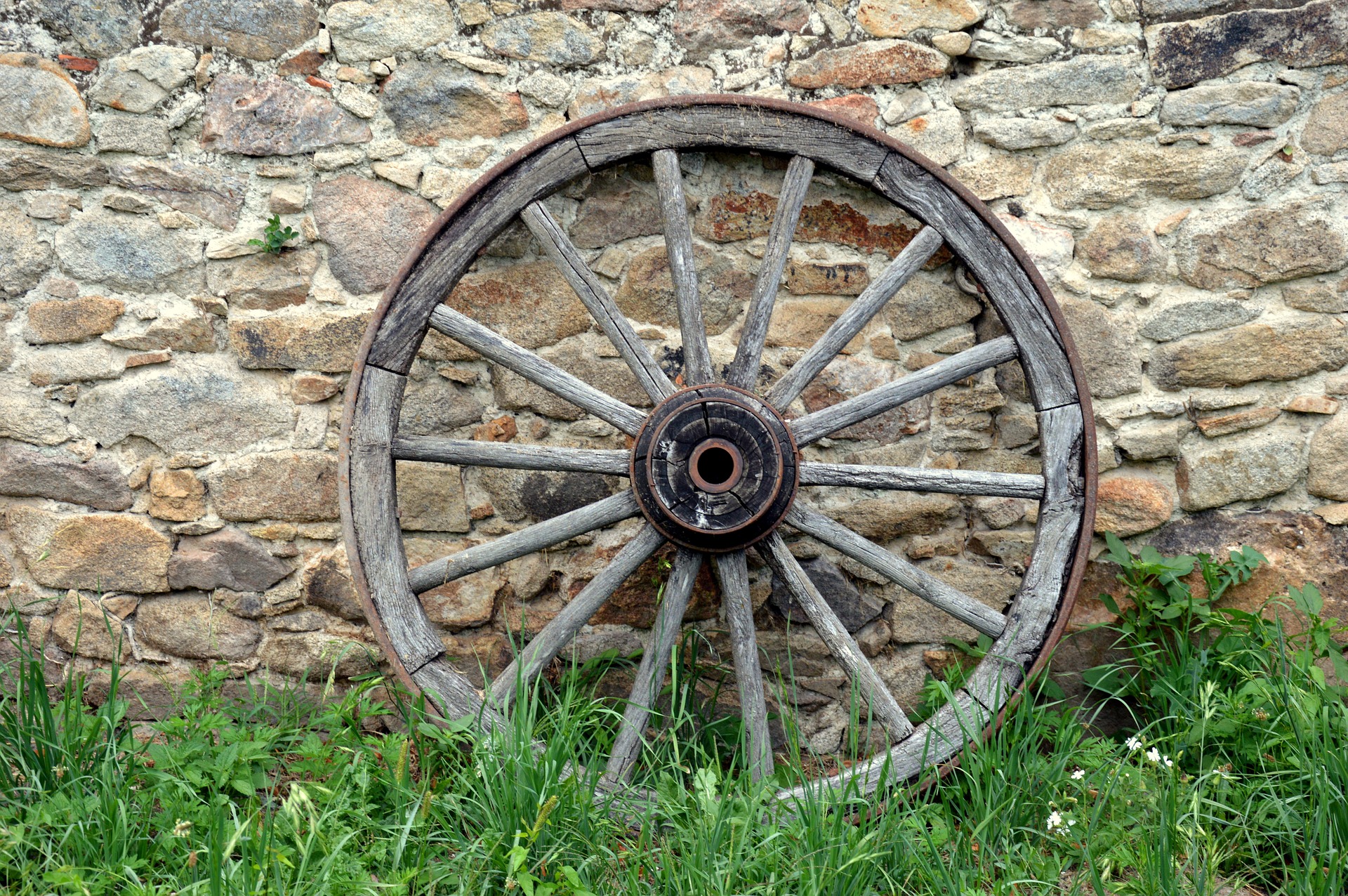 As a nation, we've all grown way too accustomed to the presence of the wheel.

Still, it makes sense; for us, wheels are just ordinary — and while many may erroneously believe that it took the above-average craftiness of a certain caveman to uncover the simple truths of the wheel, it turns out that the discovery took an exorbitantly long time to come to pass. 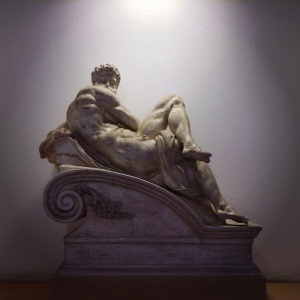 Perhaps we can assume that ancient cultures did a lot more lounging around -- yet the profound muscle-definition begs to differ.

Modern scientists believe that the wheel was created around 3500 BCE which — all things considered — doesn't seem like that —long ago. Around that time, things were going pretty well for many proto-mechanical engineers. By this time, human beings had already developed complex societies — there were designated titles and careers, flourishing markets, productive farms, and surprisingly advanced economic, social, and religious systems in place. It was around 20,000 years after humans were creating detailed and impressive works of art and a few thousand years after the widespread construction of major cities and trading posts.

How did it take so long to invent the modern afterthought that is the wheel?

There's an extremely obvious but often overlooked aspect of the ancient wheel that makes it so incredible; as the Smithsonian's Megan Gambino puts it, simply:

—No wheels exist in nature. "

Humanity's greatest source of inspiration for its many inventions, the physical world, provides no evidence that a wheel would actually function well. Also, there's a silly notion that permeates elementary-level history books (and elementary-level intellects) in regards to the creation of the wheel — i.e. that it was invented on a single day in history at a single point in time by a single human being (and, moreover, that it incited an instant explosion in human development).

What seems to be closer to the truth is that this process — like most modern engineering processes — took a lot of brains, a lot of effort, many, many years, and (most importantly) many failures: the most honorable of which were probably forgotten.

But long before humans even considered the idea of trusting their lives to a moving vehicle, wheels served a different purpose.

Potter's wheels were the first-known wheels in human existence, and for good reason.

Although more-or-less an afterthought in the 21 st century, pottery had been a central part of human creative expression for thousands and thousands of years. Sculptures exist from over 30,000 years ago; furthermore, a huge aspect of the creation myth of Ancient Egyptians included the idea that humans were molded from a pottery wheel by the deity Khnum. 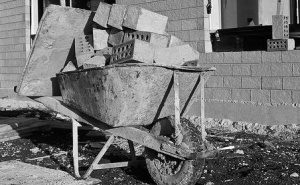 Now imagine the worker carrying each brick by hand....

From the time of this creation to the wheel that eventually powered chariots, there was likely a lot of experimenting that took place with this new, unfamiliarly round tool. The first invention that turned the wheel upright was the wheelbarrow; likely invented by the Ancient Greeks, the wheelbarrow drastically improved labor efficiency. It is assumed that this gave the Greeks the confidence to keep experimenting with wheel technology, but it is likely that it was not functional enough to prove useful at that time

Though roads and wheeled-vehicles were in development since about 4,500 BCE, they weren't —perfected " until the Middle Bronze Age, or about 2200 BCE — 1550 BCE.

The spoked-wheel — the same technology that keeps your fancy-shmancy mountain bike as light as a feather — was the invention that changed everything. Here's the kicker: though spokes and rims began to come into existence during this period, they are found across a wide-range of cultures, in different stages in development. There are ornate, spoked-wheels from Iran, Celtic wheels with iron rims, and classical Greek chariots all dated to around the same time; interestingly, the earliest known examples are from the Andronovo culture from western Siberia!

After the spoked-wheel, wheeled-transportation became a staple of human travel. Trade roads had already been worn in after thousands of years of foot traffic, and the simple idea that took several millennia to make practical was finally in working-condition. At this stage in our understanding of history, the question of "who invented the wheel" is a heavily-loaded and virtually unanswerable question.