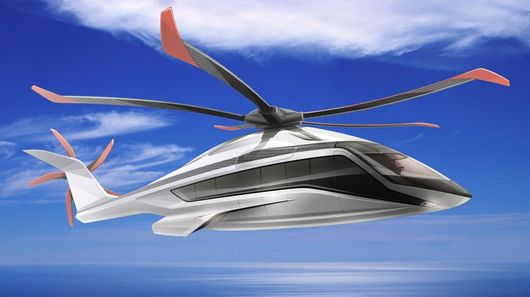 According to an Aviation Week article, aircraft manufacturer Airbus has unveiled its successor to the highly popular Super Puma helicopter.

The new model X6 will share similar design features with the company's H160 medium-sized model. It features five blades on the rotor utilizing new low-noise blade technology and new manufacturing material in the aircraft's structural design. The helicopter will also adopt a fly-by-wire system (which replaces conventional manual flight controls with an electronic interface) and a de-icing system for during harsh, cold weather.

Airbus expects to target the commercial market with their new aircraft model, initially, then follow up with military variants at a later date.

This is a major milestone for us, " said Airbus CEO Guillaume Faury at the 2015 Paris Air Show, This segment is changing, and we want to be ready for the next decade. "

This is just the start of Airbus' two-year concept phase which will fine-tune the aircraft's designs and specifications. After this, the development phase begins. This phase continues until the first flight and service entry, which in this case is expected to take place in the early 2020's.