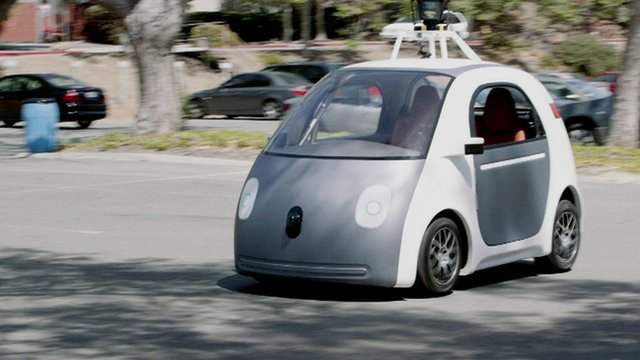 Driverless cars are slowly but surely becoming a reality. Just last week, Tesla Motors CEO Elon Musk announced that the company was bringing an autopilot-like feature to their Model S vehicles. However, one of the biggest topics of discussion when it comes to driverless cars is how safe they are.

One might think that a driverless vehicle brings with it an inherent danger. What if there is a situation where the car's computer thinks swerving is too dangerous but is still too close to completely stop before hitting a pedestrian?

Google aims to tackle that concern with their take on the driverless car. As part of their ambitious project, Google plans to place an airbag on the outside of the vehicle. As in, external airbags.

The design's patent, which was recently granted by the U.S. Patent and Trademark Office, states that the airbag would be concealed inside of a specially made bumper. The airbag would be made with a visco-elastic material, similar to that of a memory foam mattress.

According to the patent, this material "does not immediately return to an original shape after impact, thereby reducing spring back of the bumper on the pedestrian." What this means is that once the airbag deploys, it should have a reasonable amount of give to it. Although it may not eliminate injury altogether, the hope is that the airbag will prevent serious injury or even death.

As of now, Google's external airbag is only a concept and it remains to be seen in they will incorporate it into the safety features of their self-driving car.