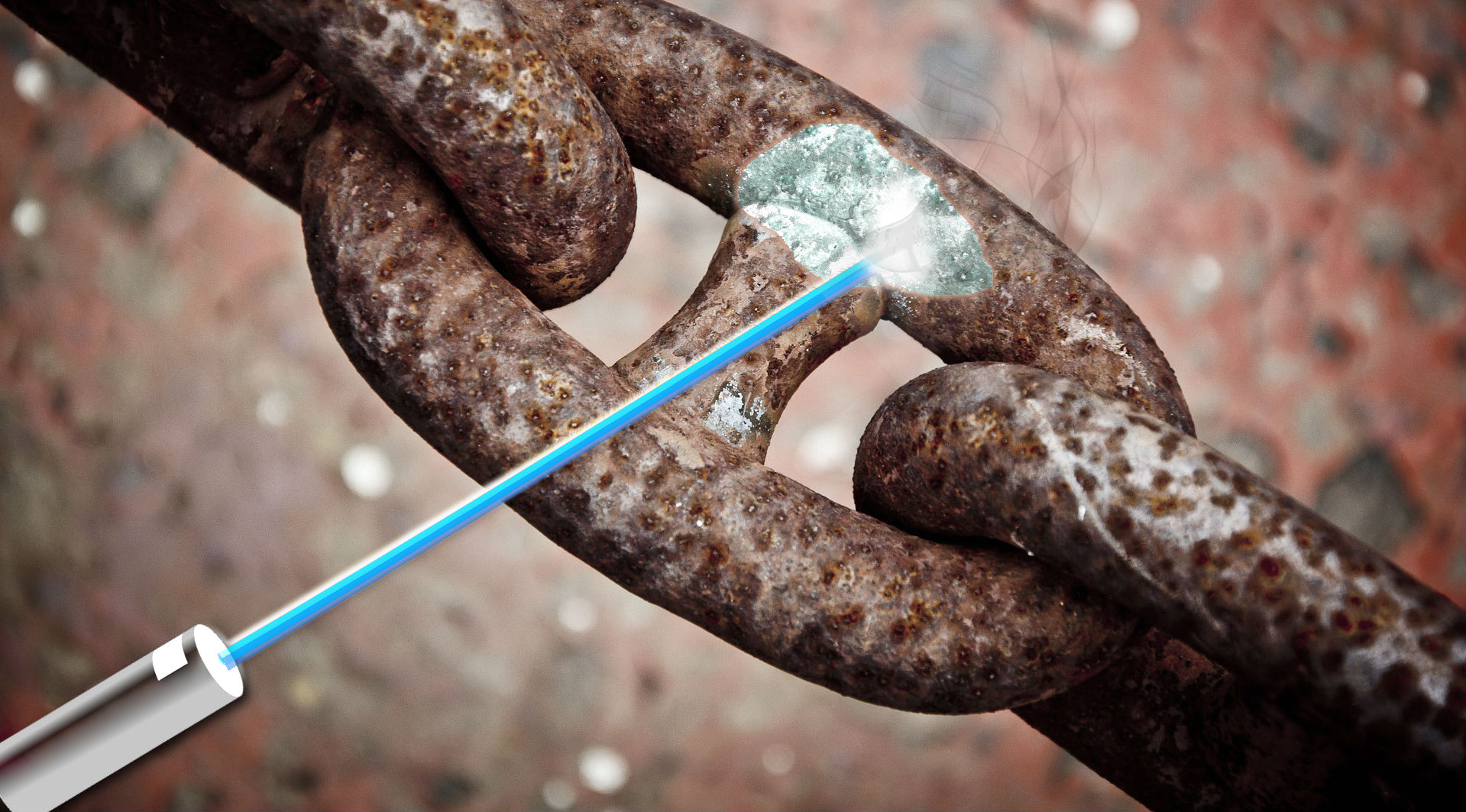 Rust is a nightmare for vehicle owners.

It likely began somewhere hidden from your line of sight, and for the past five years it's managed to go unseen. You've finally carved out a few minutes' time to peek at your vehicle's underbody and — sure enough — an egregious rust patch threatens to compromise your vehicle inspection.

In our field, we see this problem all the time; what makes matters worse is, once you have a rust problem, getting completely rid of it is just about impossible.

Severe rusting usually compromises the structural integrity of your vehicle — so once pitting and flaking have begun to occur, you will probably need to find another ride to work. Rust formation never actually stops once it's began; and though it takes no more than a bit of water, oxygen, and a metal surface to incite rust formation, a remedy for the most infamous vehicular ailment has yet to be created.

You might have seen this image circulating on the internet. It's real -- but you probably can't afford the tech.

That is, until now. Unlike many past methods of rust removal, the laser ablation technique uses pure, good-old fashioned light. How is this possible? Well, /u/AugustusFink-nottle of reddit.com explains thoroughly:

[These lasers] work by laser ablation. Basically, the laser is bright enough and focused enough that anything that absorbs the light strongly will get heated to a plasma. A CO2 laser can put out ~1000 watts of power in the infrared (10 —m) that can be focused to a strip or spot smaller than a millimeter. A material that absorbs at that wavelength will be heated very quickly ...for rust removal you can dump enough heat into the rust to heat it to a plasma. "

Once the rust reaches a certain temperature, it appears to simply vanish off of the metal surface. But wait a second  that sounds pretty hot; why doesn't the metal underneath begin to disintegrate? /u/AugustusFink-nottle has an answer:

Now, why doesn't the laser continue to burn away the iron underneath the rust? Because metals reflect light very well, especially in the infrared. I found this plot showing how at 10 m even iron makes a very good mirror. So once the rust burns off, the laser reflects off the iron rather than heating it up.

Incredible. Unfortunately for us, this system costs upwards of $300,000, so you're probably going to skip out on this new tech — at least for a while. But all hope is not lost!

If the rusting process hasn't progressed to a point where the machinery or vehicle in question is unsafe, there are a few options that you can try (putting random household chemicals [baking soda, vinegar, lime juice, we've heard 'em all] on your rusted underbody is not recommended). If the rust is deserving of your attention, it is definitely in need of specific professional-grade treatment. 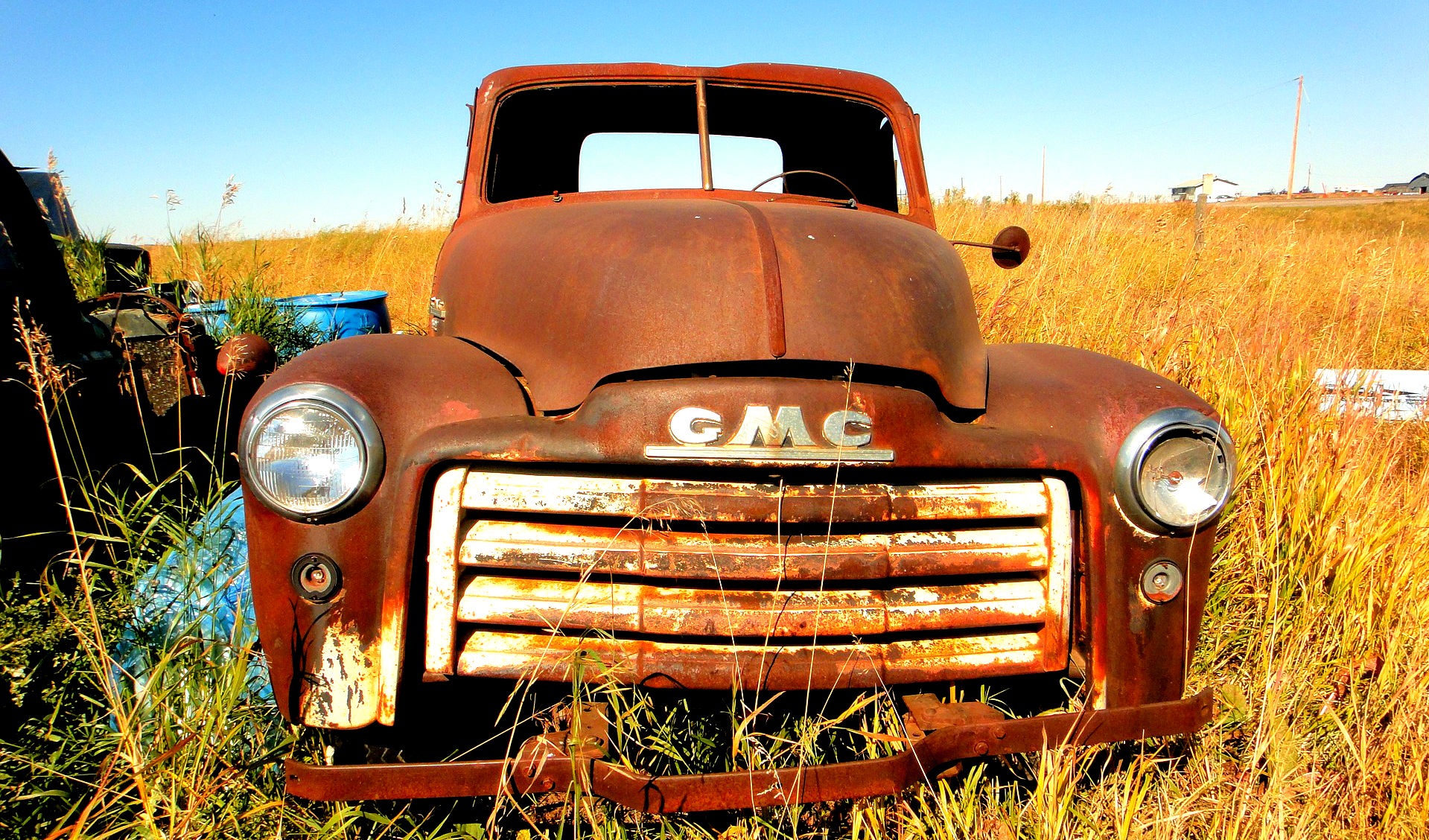 It's sad to admit, but most of our vehicles will one day be rusted beyond our control. For now, there's a couple of solutions -- all with varying degrees of success.

For minor rust and orange spots, use a wire brush as needed. If this doesn't do the trick for rust removal, then try a wire brush drillbit — while you may need to pick up a few of these, they have the firepower that can successfully remove most of the more resilient rust. When all else fails, there is one fail-proof option if your rust problems keep popping up: media blasting.

Sure, the upfront cost may tip the scale a bit more than the wire brush, but the long-term implications of sub-par rust treatment can result in several thousands of dollars' worth of repairs (and sometimes a complete replacement of a vehicle or machine). Media blasting incorporates different media types based on application, environment, and desired surface profile. For a long time, these sorts of machines were found only in specialty shops and businesses, but now there are simple kits that can get you sandblasting in no time. Believe me, once you have one of these in the garage or at the house, you'll start seeing all the surfaces that need refinishing. 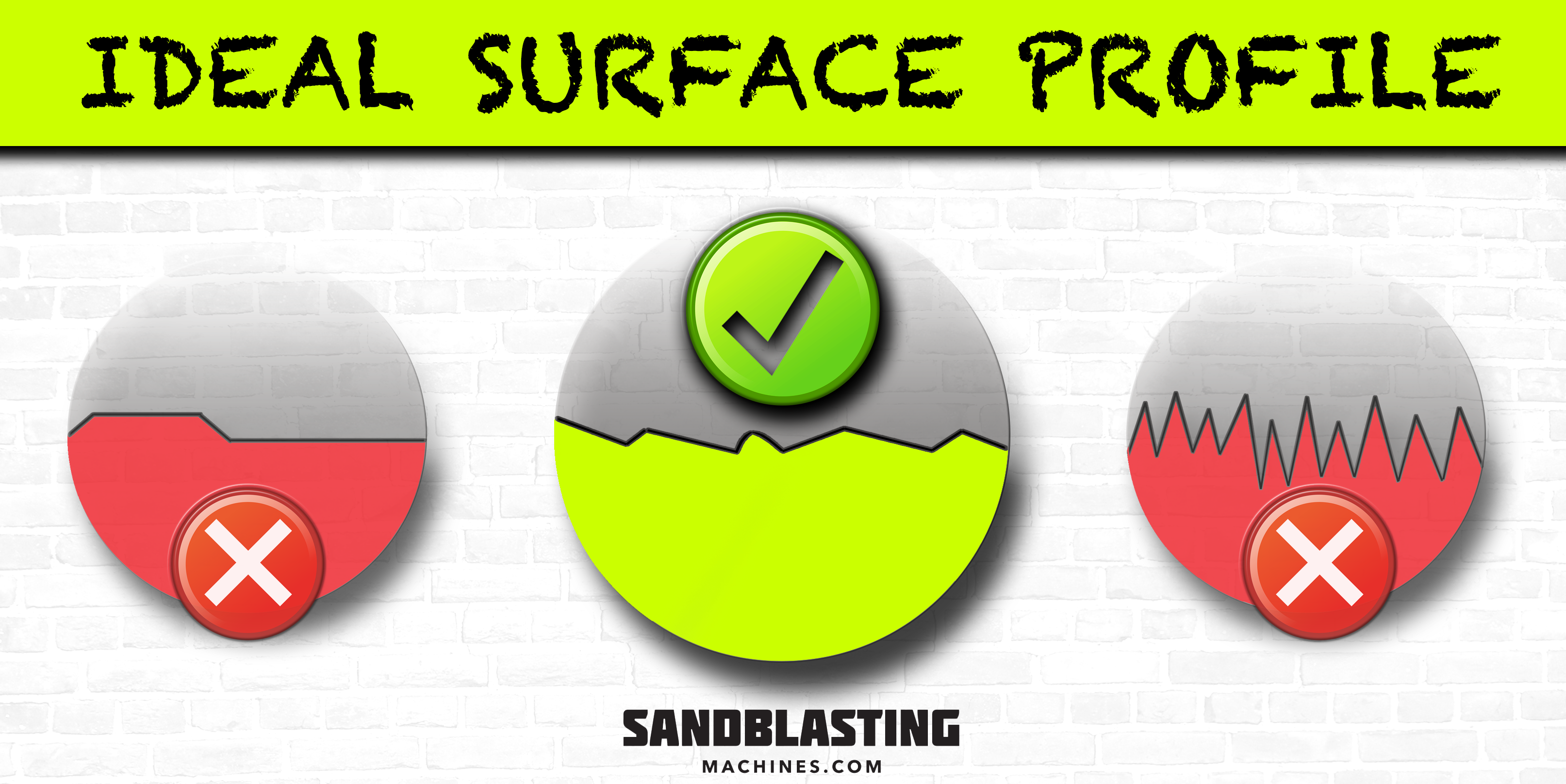 If you've blasted a surface and then choose to coat it, you're going to want a middle-of-the-road surface profile. Enough tack to maintain coating, but not too much to promote chipping.

Most importantly, however, make sure you find the right product to cover your raw metal surface once the rust is removed. Remember, if any oxygen and water get onto that surface, it will begin to rust. Over-the-counter spray remedies claim to do a lot but really can contribute to greater rust formation, by trapping that air and moisture over long durations of time.

If you're going to use a spray undercoating product, go wax-based. Wax is used in premium undercoatings to provide excellent adhesion to metal surfaces so as to prevent water and air from creeping underneath the dried film. It won't stop rust formation, but it will drastically slow it down — that's good news for you.

If you're really tight on cash, get some used motor oil and brush it underneath your wheel wells and anywhere that seems prone to rust (after you've used the wire brush). While it won't do the job as well as a quality wax-based undercoating and needs to be reapplied frequently, it does a great job of sealing out moisture.