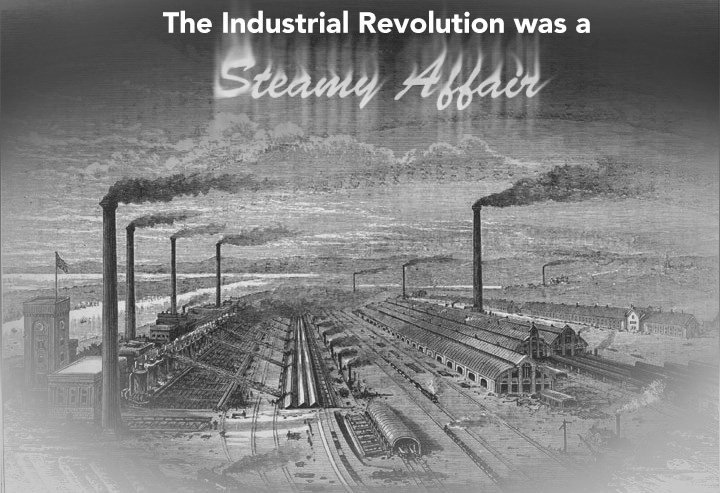 When it comes to steam technology today, most of us might think of carpet cleaning, fancy showers, and perhaps 19th-century industrial sci-fi/fantasy genre. Maybe if you read our post on the Stanley Brothers, you think of steam-powered automobiles, too.

Reciprocating steam engines aren't in widespread commercial use anymore. Where steam power once reigned supreme, internal combustion (ICE) engines and electricity from electrical grids now rule. That's not to say that research into exploiting its potential as an alternative to internal combustion engines isn't happening, though— because it is.

Talk about full-circle: prior to ICE heat engines, industry was powered by external combustion heat engines that used steam as their working fluid. Now proposed Modern Steam approaches are meant to generate power for stationary, road, rail and marine use.

You want a revolution, you say?

During the second half of the 18th century, industry experienced a shift. Manufacturing processes transitioned from hand production to machine production. New chemical manufacturing and iron production processes, improved water power efficiency, machine tools, and the rise of the factory system enabled new production methods and contributed to the rise and success of this industrial revolution.

The Industrial Revolution began in Great Britain beginning about 1760 and lasted until sometime between 1820 and 1840. This point in history truly was revolutionary and marked a major and distinct turning point in life, society, and production.

When industry and manufacturing processes are changed, daily life is influenced as well. One of the biggest influencers on industry —and, therefore, society at large, was the invention and widespread use of the steam engine.

Let's put it this way: —If the Industrial Revolution was a cell, the steam engine would totally be the mitochondria

Well, we all want to change the world.

Although steam did not replace water power in importance until after the Industrial Revolution in Britain, it was one of the most important technologies to come out at this time. It offered benefits over water and could be used in a number of industrial settings.

Steam engines were first invented by Thomas Newcomen in 1705. His atmospheric engine condensed steam drawn into a cylinder, creating a partial vacuum that allowed the atmospheric pressure to push the piston into the cylinder. This was the first practical device to harness steam for mechanical work.

In 1769, James Watt made significant improvements to steam engines. Watt's engine was the first to make use of a separate condenser and what became the foundation of the industrial revolution.

While steam power rose to prominence in the mid-to-late 18th century, people had been experimenting with such potential far earlier.

For example, the first recorded (albeit rudimentary) use of a steam engine was in the 1st Century AD. Greek mathematician and engineer Hero of Alexandria described an aeolipile (AKA Heron's engine): a simple bladeless radial steam turbine which spins when the central water container is heated.

In 1698, English inventor and engineer Thomas Savery patented an early steam engine for pumping water out of mines. In 1702 he described the machine in his book, The Miner's Friend; or, An Engine to Raise Water by Fire.

I steam, you steam, we all steam for non-ICE [cream] engines?

Steam power really expanded after 1800 with further improvement to the engines. Stationary steam engines became widely available in the 19th century for pumping or driving mills and factories and for power generation. Their adaptation to rotary motion made them suitable for most industrial use. When Watt's patent expired in 1800, others began introducing engines that utilized high-pressure steam. Because high-pressure engines had high power to weight ratio, they were suitable for transportation.

The industrial revolution created a demand for metal parts used in these factory machines. This demand led to the development of several machine tools for cutting metal parts. Some of these tools included the engine lathe and planing, milling and shaping machines. These machines were all powered by steam engines and therefore enabled metal engine parts to be cut more easily and accurately. These parts, by extension, made it possible to build larger and more powerful engines.

In short? These engines basically built themselves ...like regenerative robots of the future.

If you build it ...more will be built. 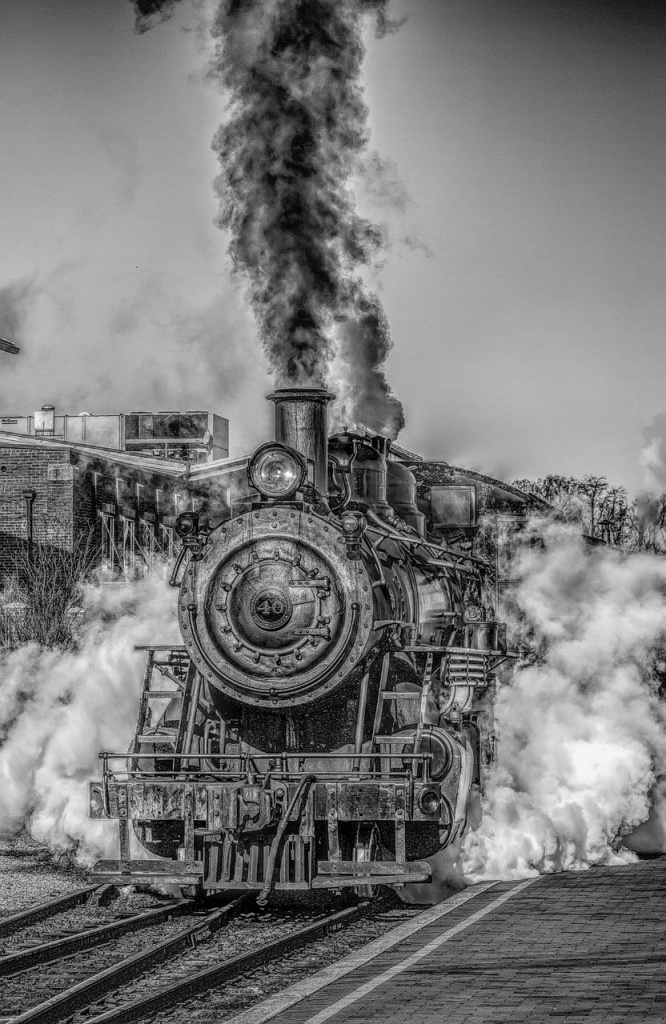 Besides enabling greater factory production, steam engines also played an important role in powering the early locomotives and steam boats. This completely changed the transportation of these industrially manufactured goods.

Way back in the day, inland transport was limited to rivers and roads. Animals supplied the power on land and sails provided the power at sea. Because of the limited options, transportation costs were expensive, particularly for dense materials like coal (no free 2-day shipping here, people).

Marine steam engines (compound engines) came into widespread use during the end of the 19th century and remained the dominant source of power until the early 20th century. The introduction of steamboats (particularly in the United States) led to an incredible growth in the transport of goods and people.

Horse railways were introduced toward the end of the 18th century and steam locomotives were introduced in the early 19th century. Using steam engines on railroads was practically a revolution in and of itself. Mass amounts of goods and raw materials could easily be delivered to cities and factories, cutting cost and allowing greater expansion. Steam locomotives made it possible to work, produce, market, travel, and expand into areas that weren't feasible before. The lack of navigable waterways was no longer an issue when it came to settling new communities in the Western U.S.