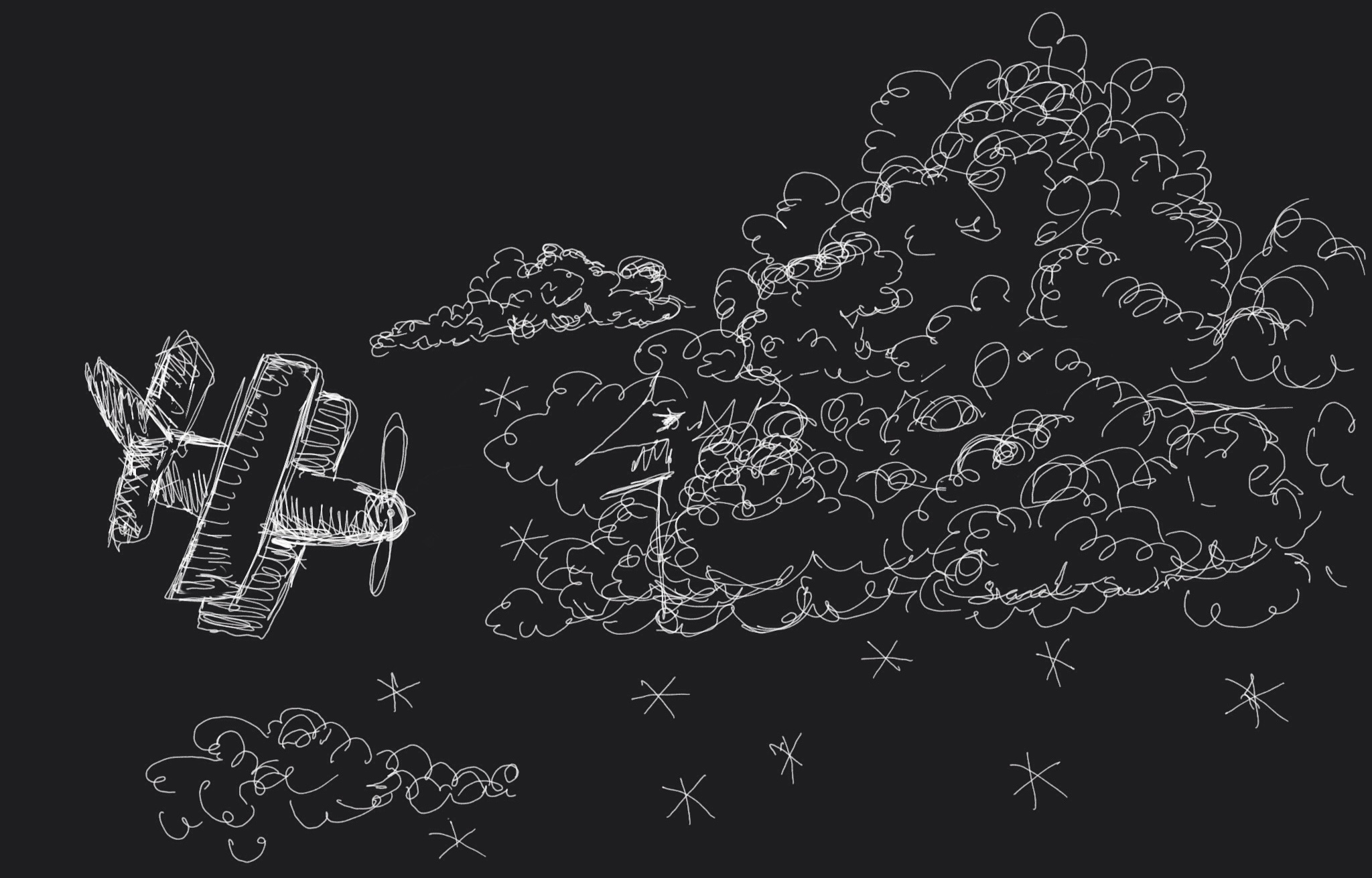 Q: What does a novel, GE, and governmental control of the weather have in common?

A: At least one Vonnegut.

My first introduction to Kurt Vonnegut was his 1963 novel, Cat's Cradle. Shortly after that I also devoured Slaughterhouse Five, Breakfast of Champions, and more. I didn't know that one book published nearly 30 years before I was born would start a chain of binge-reading.

What was even further from my mind was the notion that the plot could somehow be remotely true. Though a work of fiction, the novel was inspired by real-life work at General Electric for weather modification. 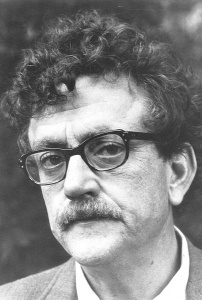 From 1947 until 1950, Kurt Vonnegut worked at General Electric as a publicist. His background included studies in chemistry at Cornell University (this didn't go all too well and was interrupted by WWII, where at one point he became a prisoner of war) and anthropology at the University of Chicago (although he didn't complete his master's thesis and didn't have a degree). He also had experience working first as a staff writer and then later editor of The Cornell Daily Sun, and as a journalist for the City News Bureau of Chicago.

Kurt always loved writing and his wife Jane always believed that he could make a living doing it. But it took a while for Kurt to make his way into the literary field. His first piece, "Report on the Barnhouse Effect", was published in the February 11, 1950 issue of Collier's while he was still working at GE. After his next story sold to the magazine, he quit his job at GE. Though he only worked there for a few years, it certainly provided him with inspiration, particularly for his fourth novel, Cat's Cradle, published in 1963.

At the hexagonal center of Vonnegut's novel Cat's Cradle is ice-nine.

A fictional substance, ice-nine is an alternative structure of water molecules. It's solid at room temperature and instantaneously crystalizes water. Upon coming into contact with water, ice-nine becomes a seed crystal that causes the liquid water molecules to rearrange into solid form more ice-nine.

Ice-nine was created by Nobel laureate physicist Felix Hoenikker (who had worked on the atomic bomb). He created the substance to assist the military in their battle against mud. Ice-nine was his out-of-the-box solution to a very common problem: instead of Marines slogging through mud, they could crystalize it all and march across it. It's so much more than just a mud solidifier, though. It's a superweapon.

Without his and his brother's work at GE, this novel wouldn't have come to fruition (a true pity, given that it's one of my favorites). 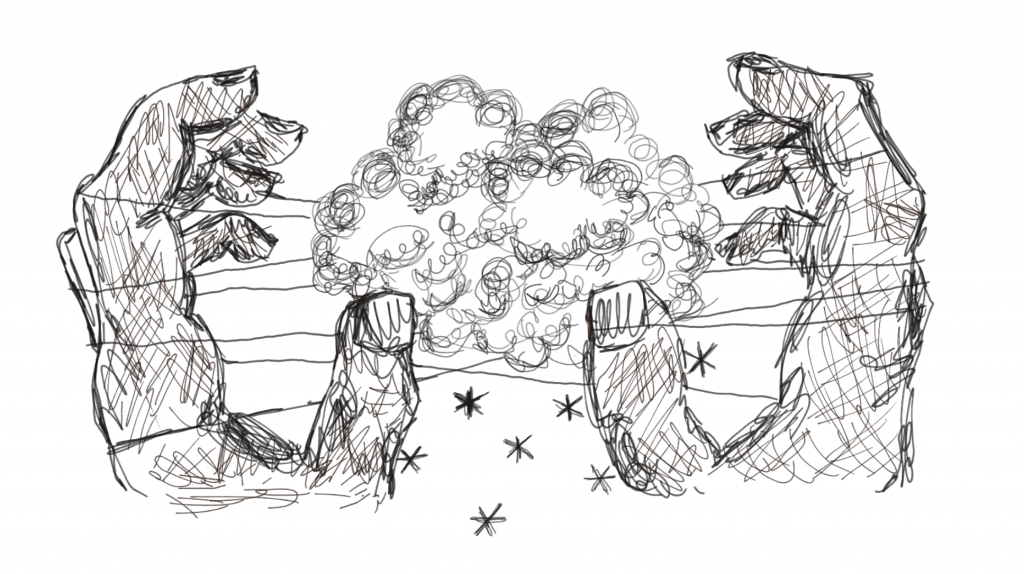 In 1945, Kurt's older brother went to work at the General Electric Research Laboratory in Schenectady, New York. Both Bernie and the research lab were top-notch: the former had a B.S. in chemistry and a Ph.D. in physical chemistry from MIT and the latter was the first industrial research facility in the United States.

GE's work was instrumental to the war effort and critical to the creation of the atom bomb. After the atomic bombings of Hiroshima and Nagasaki, when Bernie joined the Schenectady Works, GE shifted gears from turning out tools of war to more peaceful tools that would help build the nation's post-war prosperity, including turbines, generators, and motors.

One of the many aspects that set this research laboratory apart from the others was its approach to its scientists' work. Working on practical tasks was only a part-time gig. The other time was spent conducting pure research on topics that they could for the most part choose.

Bernie arrived at GE knowing Vincent Schaefer and Irving Langmuir were working on supercooling water. Supercooling is cooling a liquid below its freezing point without solidification or crystallization. Bernie also decided to pursue his own interests in supercooling.

Prior to his work at GE, Bernie had been the director of the MIT meteorology department's deicing project. He and Jim Dodson studied deicing airplanes and the various aspects of icing. Ice causes plenty of problems for aircraft: it clogs carburetors, adds weight, and affects the wings' aerodynamics. With enough ice on an airplane, it could fall right out of the sky. It's worth noting that deicing was an incredibly important component of the war effort.

His experience working with supercooling and nucleation prompted Bernie to work on the supercooling of metals, including molten tin.

Vincent Schaefer and Irving Langmuir were working together to figure out a way to manufacture snow. To create ice, water droplets require a nucleus for the water molecules to cling to. This can be either a small atmospheric particle of dust or a spray of salt. Schaefer and Langmuir were working on testing different chemical substances as a means to introduce artificial nuclei to clouds to stimulate precipitation.

Their first real breakthrough involved a GE chest freezer. Schaefer lined the freezer with black velvet and chilled it to 10 degrees below freezing. When he breathed into the freezer, his own breath created a cloud that remained in the freezer (because cold air is heavier than warm air). Over the course of several weeks, Schaefer applied a number of substances to his cloud as potential nuclei.

Success came as a happy accident. During one particularly hot July, the temperature in the freezer wouldn't stay cold enough. Schaefer added some dry ice and, lo and behold! The solid carbon dioxide nucleated the cloud.

It was snow simple.

Schaefer discovered the principle of cloud seeding in July 1946. Cloud seeding is a form of weather modification (changing the amount or type of precipitation from clouds) by altering the microphysical processes within clouds.

Within months of Schaefer's discovery and subsequent flight tests of cloud seeding with dry ice, Bernie discovered another seeding method using silver iodide. Unlike through Schaefer's experiments, Vonnegut's discovery was the result of book study (a basic chemistry text) and some tinkering.

The first attempt to modify natural clouds by seeding " them occurred November 13, 1946. A flight took off from the Schenectady County Airport in upstate New York and chased the target 60 miles east. Their efforts caused snow to fall near Mount Greylock in western Massachusetts (using six pounds of dry ice).

Both dry ice and silver iodine can be useful in augmenting winter snowfall over mountains and, under certain conditions, suppress lightning and hail.

GE dropped out of the public eye for cloud seeding after Schaefer may or may not have caused a major snowstorm December 20, 1946, due to cloud seeding. For legal reasons, GE didn't want to be associated with extreme weather conditions--whether they were natural disasters or man-influenced ones. Schaefer and Langmuir continued their work by assisting the U.S. military in advisory for Project Cirrus. This was the first large study of cloud physics and weather modification with its main goal to try to weaken hurricanes.

On October 13, 1947, an airplane dropped nearly 180 pounds of crushed dry ice into a hurricane that was heading west to east and out to sea. Though the crew reported "Pronounced modification of the cloud deck seeded," there's no proof to say seeding affected the storm. The hurricane changed direction and instead made landfall near Savannah, Georgia. There was public outcry, as the storm was devastating. The public blamed cloud seeding. Langmuir claimed that the reversal had been caused by human intervention. Cirrus was canceled and lawsuits were threatened. The litigation ended because of a 1906 hurricane that had taken a similar path.

This incident set back cloud seeding for more than a decade.

Operation Popeye was a highly classified cloud seeding operation during the Vietnam War. Essentially, from March 20, 1967 until July 5, 1972, the military wanted to extend the East Asian Monsoon season (especially over areas of the Ho Chi Minh Trail). Their main objective was to deny the Vietnamese enemy the use of roads by softening them, causing landslides, washing out river crossings, and maintaining saturated soil conditions beyond the normal.

Although Operation Popeye occurred after Cat's Cradle was published, it summarizes the exact sentiments Kurt Vonnegut had when writing the book. For Vonnegut, a pacifist from a family of pacifists, conventual scientists were indifferent about what became of their scientific work and discoveries.

Scientists were interested only in truth and I think that the government was very interested in having our scientists feel that they were in no way associated with weapons and so they would continue to conduct research cheerfully.

Because that's pretty much exactly what ice-nine was. Felix Hoenikker created a mud-solidifier presumably without thinking of it as a superweapon. " Schaefer, Vonnegut, and probably even Langmuir devised a way to create precipitation to help deserts and prevent devastating hurricanes without thinking of its application during combat. Or else not caring.

In either case, here's Kurt Vonnegut talking about  Cat's Cradle:

If we control the weather, who controls us?

Strand, G. (2016). Brothers vonnegut: science and fiction in the house of magic. Place of publication not identified: Farrar, Straus & Giroux.