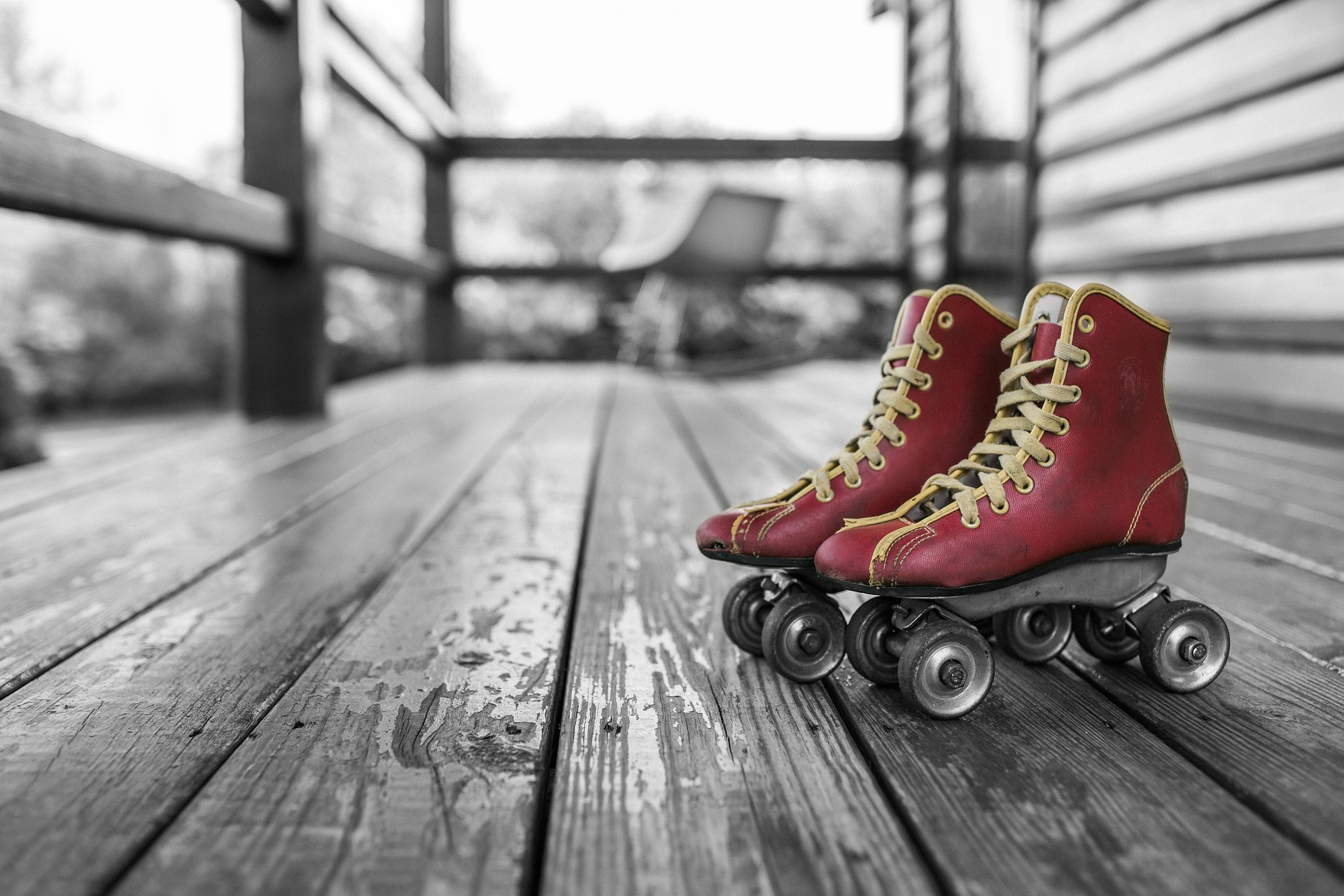 Some of my favorite birthday parties to attend when I was younger were the ones held at local skating rinks. As we grew up, fewer parties were held there and my friends all kind of shifted away from skating, for some reason.

Maybe I was hanging out with the wrong people?

Regardless, it seems to be making a comeback among those same friends. More and more of them are joining roller derby leagues, and it's piqued my interested once more.

Skating has been around since the mid-1700s. The first recorded invention was by a man named John Joseph Merlin.

Merlin created inline skates with small metal wheels, unlike the plastic ones shown above. Though he was a noted inventor and was well-respected for his work, he was not a good skater. Upon wearing his invention to a masquerade (paper faces on parade) he crashed into a mirror, unable to control his skating.

Skating kind of rolled away for a little while, possibly because of Merlin's ... episode? But it really took off in the early 1800s. Monsieur Petitbled of France patented the first roller skate design.

James Leonard Plimpton is known as the father of modern roller skating. Unhappy with the skates available, he did what we will forever be grateful for he transformed the roller skate and sport radically.

Prior to his invention, inline skates were the only ones available, and they made turning and stopping rather difficult. His four-wheel invention also known as the quad skate allowed for easier turning with a pivoting action mechanism.

He then opened the first public skating rink in 1866, founded the New York Roller Skating Association (NYRSA), and is credited with popularizing the sport that is still alive today.

One aspect of that sport is roller derby. With two teams of five members each, derby-ers skate counterclockwise around a track with the goal of members, called Jammers, lapping the other team. Blockers must, well, block those Jammers to keep them from scoring points. 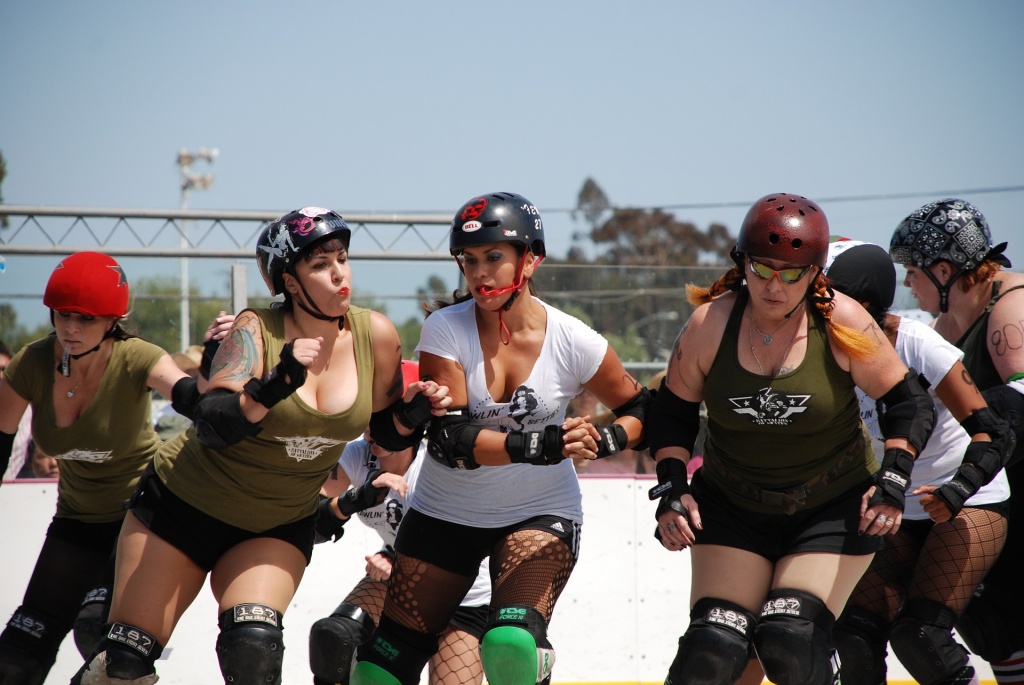 Sitting in a Chicago restaurant, Leo A. Seltzer thought up the premises for roller derby and the first Transcontinental Roller Derby event opened at noon on August 13, 1935. Then, the sport just involved skating distances.

In the 1930s, more contact was introduced, making it a more physical sport. These aspects contact, pushing, and shoving are now trademarks of roller derby.

It's thought that the start of WWII put roller derby on pause for a while, as many derby-ers enlisted during that time. However, in recent years, it's seemed to come back to life with renewed enthusiasm. 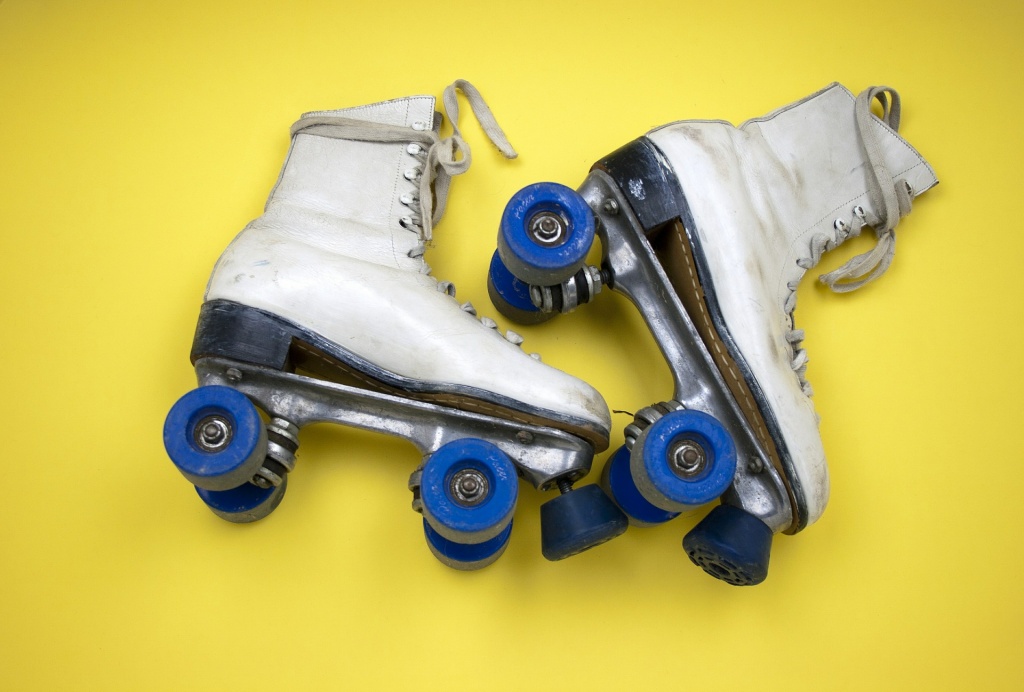 Taking Care of Your Wheels

An important aspect of roller skating is cleaning and lubricating skate bearings.

In fact, some skaters think you should clean and lubricate your skates after each use.

Regardless of the type of skates you have and how much they cost, you will have to administer regular maintenance on them to achieve the level of performance you want.

As with so many things out there, petroleum-based lubricants help with all of this. To maximize speed and durability, make sure you use a high-quality lubricant upon any findings of a dry bearing!

With lubricants, skaters can keep on rollin' and derby-ers can speed on by with ease.