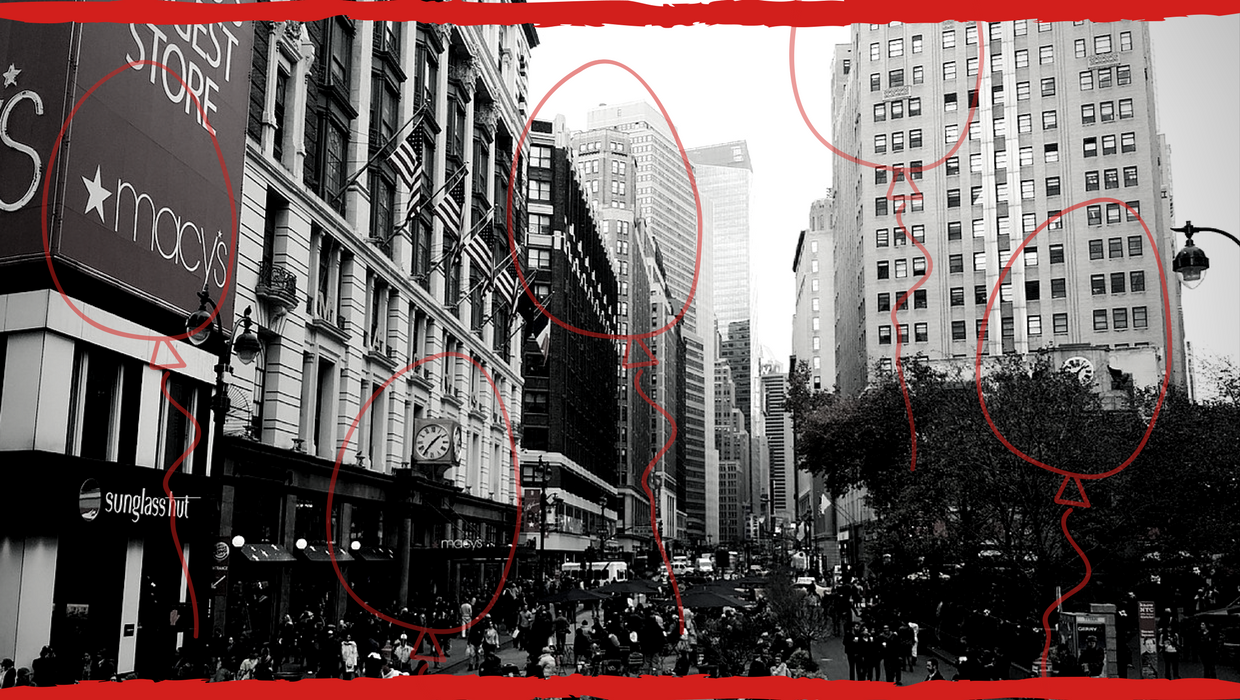 It's not really a proper celebration with at least a few balloons. But what about when those balloons are five-to-six stories high? That's ...that's a big celebration.

For millions of Americans all across the country, the Macy's Thanksgiving Day Parade in New York City, with its giant balloons and elaborate floats, is just as traditional a turkey, stuffing, and cranberry sauce. For more than 90 years, the parade has drawn crowds of spectators to the streets of New York. Families can also watch the event unfold from the comfort of their living room as larger than life parade balloons fill the screen. But how did giant football, Snoopy, and Ronald McDonald balloons come to be?

Macy's first New York City parade occurred on November 27, 1924, and it was then Macy's Christmas Parade. This —marathon of mirth " was also a much humbler affair. The parade started its 6-mile long route at 9 am at the intersection of 145th Street and Convent Avenue. Floats featured Mother Goose favorites that matched the 1924 nursery-rhyme theme in Macy's Christmas window display. Macy's employees dressed in costume and animals on loan from the Central Park Zoo paraded down the street to a four-band soundtrack. Santa Claus, the guest of honor, brought up the rear in his reindeer-driven sleigh.

While the parade didn't receive much attention in the newspapers the following day, it had such a large turnout that Macy's announced the following morning they would hold another parade next Thanksgiving.

And so they did, again and again for nine decades. As the parade continued, organizers made changes. Three years after its inception, they replaced the live animals (who didn't particularly like walking the 6 miles and who frightened the small children) with character balloons. These balloons (more obedient and surely more humane) have become a signature attraction. It started with the debut of a helium-filled Felix the Cat, designed by Sarg, in 1927, and has only gone up from there.

While the earliest parade balloons were air-filled and carried by string, later balloons were filled with a mixture of low-density helium and air. This allowed the balloons to get big.

Once the giant balloons became a part of the event, they were released into the air at the conclusion of the parade. In 1929, Macy's started offering reward money for returned balloons. After a couple pilots tried capturing balloons from their airplanes, Macy's discontinued releasing them.

The only time the parade has ever been called off was from 1942 to 1944. This was due to a shortage of helium and rubber during World War II. When it returned in 1945, it was broadcast on TV for the first time and was bigger and better than ever. 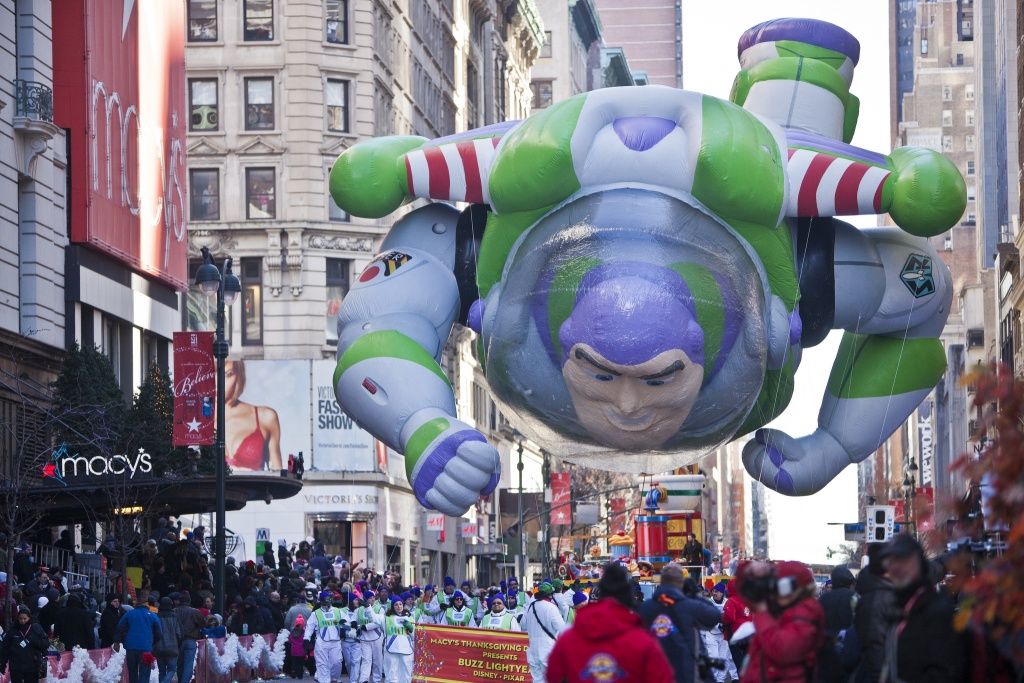 Before any parade balloon can come to life, it must start with a sketch. Aerodynamic and engineering consultants collaborate and assist with calculations to ensure it will fly properly. Before —designers cut the balloon out of fabric, they create both an exact-replica clay model and an exact-scale painted model. Each balloon —has several different chambers and includes a zipper, an inflation device, and a high-pressure valve. After the studio performs tests and makes any cosmetic adjustments, its ready for showtime. It can take up to one year for a balloon to participate in the parade after it is made.

While the balloons were previously made of rubber, they are now made using polyurethane, a very versatile plastic material. Filled with helium, the balloons simply coast along with the help of balloon wranglers. Thousands of volunteers handle the balloons during the parade, all of whom must weigh at least 120 pounds and be in good health.

The night before the parade, parade crew inflate all of the balloons. This event has become nearly as popular for crowds to watch as the actual parade itself.