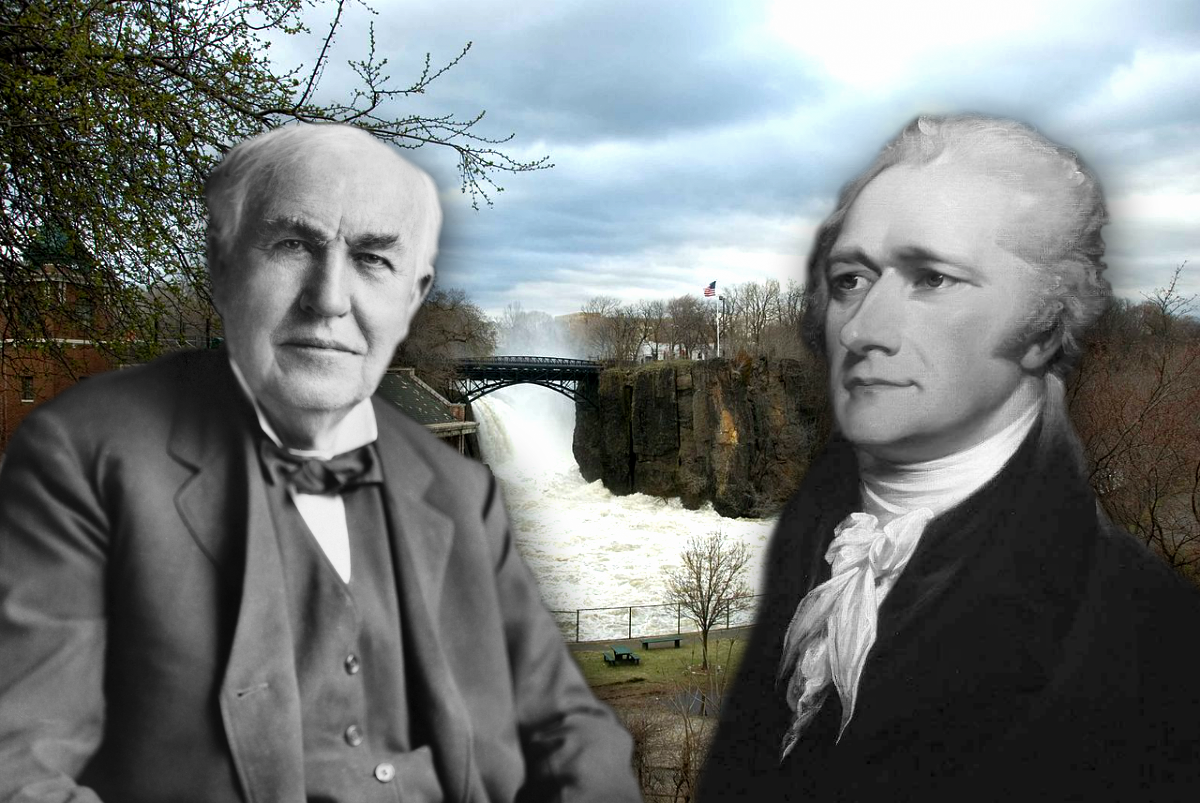 When we think of American innovation and technological advancement, California is really at the forefront of our minds. In this day and age, Silicon Valley is where it's at: Apple, Tesla, eBay ...from Fortune 1000 companies to small-scale tech start-ups, there's no denying the innovation and entrepreneurship in Northern California.

But the center of American innovation wasn't always so ... west. Well before the coining of Silicon Valley " in the 1970s, New Jersey reigned as the nation's hub for innovation and industry.

Towards the end of the 18th century, Alexander Hamilton initiated New Jersey's transformation.

Post-Revolutionary War, Hamilton promoted his economic views. He believed the United States needed a strong industrial system to better gain financial independence and become a global presence. As Secretary of Treasury, he continued to advocate for the manufacturing industry (during the Colonial era, English law prohibited this).

Treasurer Hamilton's ideas were extremely influential in laying the groundwork for U.S. manufacturing. In 1791, Hamilton and several entrepreneurs from New York and Philadelphia together helped form the Society for the Establishment of Useful Manufactures (S.U.M.). This private industrial corporation's charter called for the society to both manufacture and trade goods.

In 1792, S.U.M. purchased 700 acres of land above and below the Great Falls in New Jersey. Here, S.U.M. established the city of Paterson, America's first planned industrial town.

New Jersey was a prime location for manufacturing because of its close proximity to both New York City and Philadelphia. S.U.M. selected Passaic Falls for a number of reasons, including the access to raw materials, dense habitation, and access to water power from the falls of the Passaic.

Despite initial difficulties, Paterson became a booming town. The first cotton mill was built shortly after it was purchased and the first raceway was built in early 1794, allowing the people to utilize the power of the river. A second cotton mill, powered by water, was opened late that same year.

The height of Paterson's industrial strength came in the 1890s. Silk production, in particular because of the dominant industry , which earned Paterson the nickname Silk City. " In 1913, Silk City " became a focal point for the labor movement when silk mill workers went on strike for six months. They petitioned for better working conditions and an eight-hour work day. Although it failed, it garnered national attention and contributed to later improvements in working conditions.

But Paterson, with its silk, textiles, and locomotives, wasn't the only part of New Jersey to experience successes in innovation.

Newark became a center for leather tanning and the manufacturing of finished leather goods. Trenton became an important hub for iron works, ceramics, and rubber and was the nation's tire capital " up until the end of World War I. Businesses in Camden included milled products, pork sausage, candles, manufactured carriages and wagons, leather goods, and shipbuilding.

Such business activities created a natural landscape for innovation that exploded in the 19th century.