If you don't have the good fortune of enjoying a perfectly poured pint of Draught Guinness this St. Patrick's day, don't fret. Thanks to a little plastic widget, you can still enjoy that fresh-from-the-tap taste in a can.

Besides, who doesn't love the bonus of portability?

Guinness, the infamous Irish dry stout, was first introduced almost 260 years ago. It is one of the most successful beer brands globally, and in its home country of Ireland, it remains the best-selling alcoholic drink.

Arthur Guinness first began brewing in 1759 at the St. James's Gate Brewery in Dublin, Ireland, where he signed a 9,000-year lease. On May 19, 1769, he exported 6-and-a-half barrels of ale to Great Britain. Guinness's initial success was only just the beginning.

In 1778, Arthur made the decision to stop brewing ale in favor of the dark beer, "porter" that was popular in London.

Over the past 2 centuries, the brand and company has continued to grow and develop. However, In the 1970s, the recipe for Guinness Extra Stout was slightly altered to make it more "drinkable" due to a decline in sales. The brand relaunched in 1981. In 2014, West Indies Porter and Dublin Porter were introduced. Today, Guinness stout is available in a number of varieties and strengths (so there's something for everybody!).

Fun fact: the term "stout" initially referred to a beer's strength; it eventually shifted to refer to body and color. 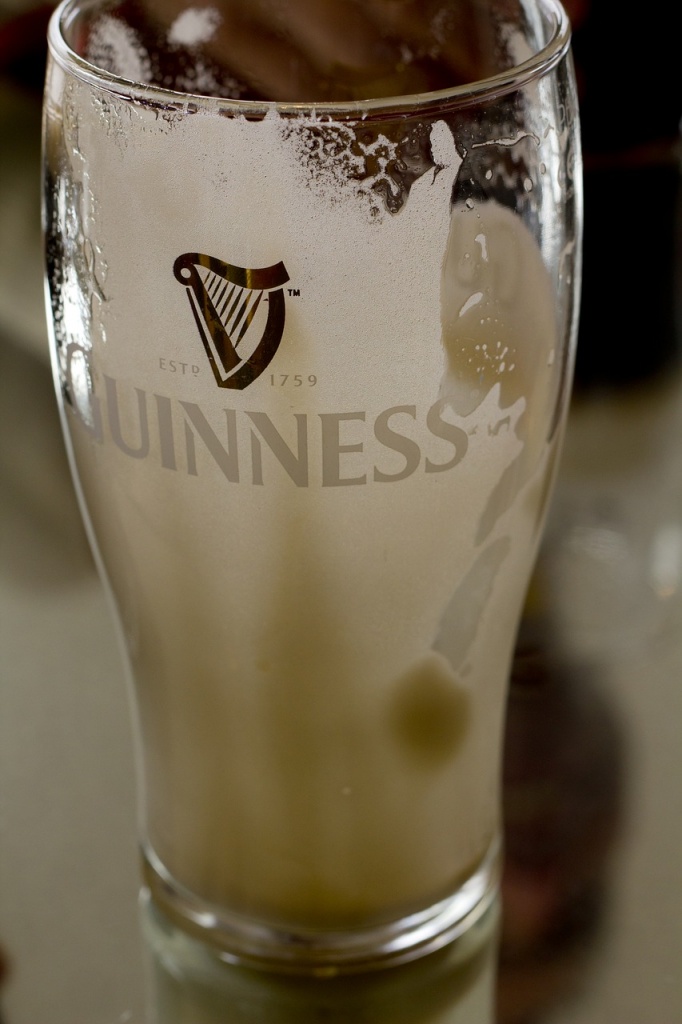 In 1988, the first widget was born and blessed canned stout with great mouthfeel.

Guinness's original widget was the first ever widget to nitrogenate canned Guinness to "retain its smooth and creamy taste." The first-generation widget was a plastic disc at the bottom of the can. The method worked very well for cold beer, but when the beer was served warm, it had a tendency to overflow when opened.

In 1991, the Guinness Widget was awarded the Queen's Award for Technological Achievement--more Britons voted for the Widget than the Internet as the best invention of the previous 40 years. This just further proves that people take their beer very seriously--and that the perfect pour is more valuable than the power of the internet (well, at least 26 years ago). Their "floating widget" was launched in 1997 (the "smoothifier") and didn't have the same problems. In 1999, Guinness introduced their widget technology to bottles.

How a Widget Works

The widget ball, combining nitrogen and carbon dioxide, is pressurized within the can. Before the can is sealed, a bit of nitrogen is added. During the course of the canning process, the nitrogen evaporates and pressurizes the can. As pressure increases, beer is forced into the widget through the small hole and compresses the nitrogen inside the sphere. Once the can is opened, the gas is released and the pressure drops. The beer is forced out of the hole into the can. This agitation causes the dissolved CO2 within the beer to form bubbles which rise to the surface. The Guinness should then be poured into a glass to achieve its characteristic half-inch head. For bottles, the gas is released from the bottom of the widget. Most of the gas is released when the bottle is initially opened; smaller amounts are then released every time the bottle is tilted, giving the head a constant little boost. Compared to the can, the head remains inside the bottle.

Widgets can be found in other beers besides Guinness. John Lunn, the man who actually invented the original widget patented by Guinness, later invented widgets for Whitbread and Heineken. He was also the inventor of the floating widget, which is the one all brewers use today. Some examples of canned nitrogen beers include Murphy's Stout, Boddington's Pub Ale, Old Speckled Hen, and Young's Double Chocolate Stout. Sam Adams also has a line of nitrogen-infused beers that utilize a widget to nitrogenate their Nitro White Ale and Nitro Coffee Stout. Their "nitrogenator" is different from Guinness's sphere. Manufactured by Ball Corporation (the company behind the Mason jar), the nitrogenator in the #NitroProject is hat-shaped.