Before digital cameras (and subsequent camera phones) became common to the public, taking a photo wasn't as easy as point-and-shoot. I mean, sure you could have pointed your camera at a random object and then pressed down on the shutter, but there's no telling what the image would actually look like--not without first developing the camera film and then processing the image, that is. And without adjusting the focus, shutter speed, aperture, etc., your photo would likely end up coming out as a whole lot of nothing. So much time, effort, and money wasted to produce that artistic absence of image (hey, maybe I'm on to something here).

WAY BACK IN THE DAY (you know, before things like built-in wifi and touch screens were common on SLRs), there was only one option when it came to taking a photo: manual mode. And there was no instant gratification to see if the picture you took actually came out well. Digital storage wasn't an option, either. No SD cards, no memory, no digital anything. Just film. Making an aesthetically pleasing photographic print was just as much science as art.

Believe it or not, film photography is still a thing, and there are many famous professional photographers who continue to shoot film. As perfect (and expensive) as the latest DSLR may seem, film cameras continue to hold their own in this growing digital world. Unlike digital files, which can degrade, become corrupted, or otherwise become lost in the digital shuffle between computers and memory storage devices, film photos can last forever. While technology isn't built to last forever, film photographs are meant to be permanent. 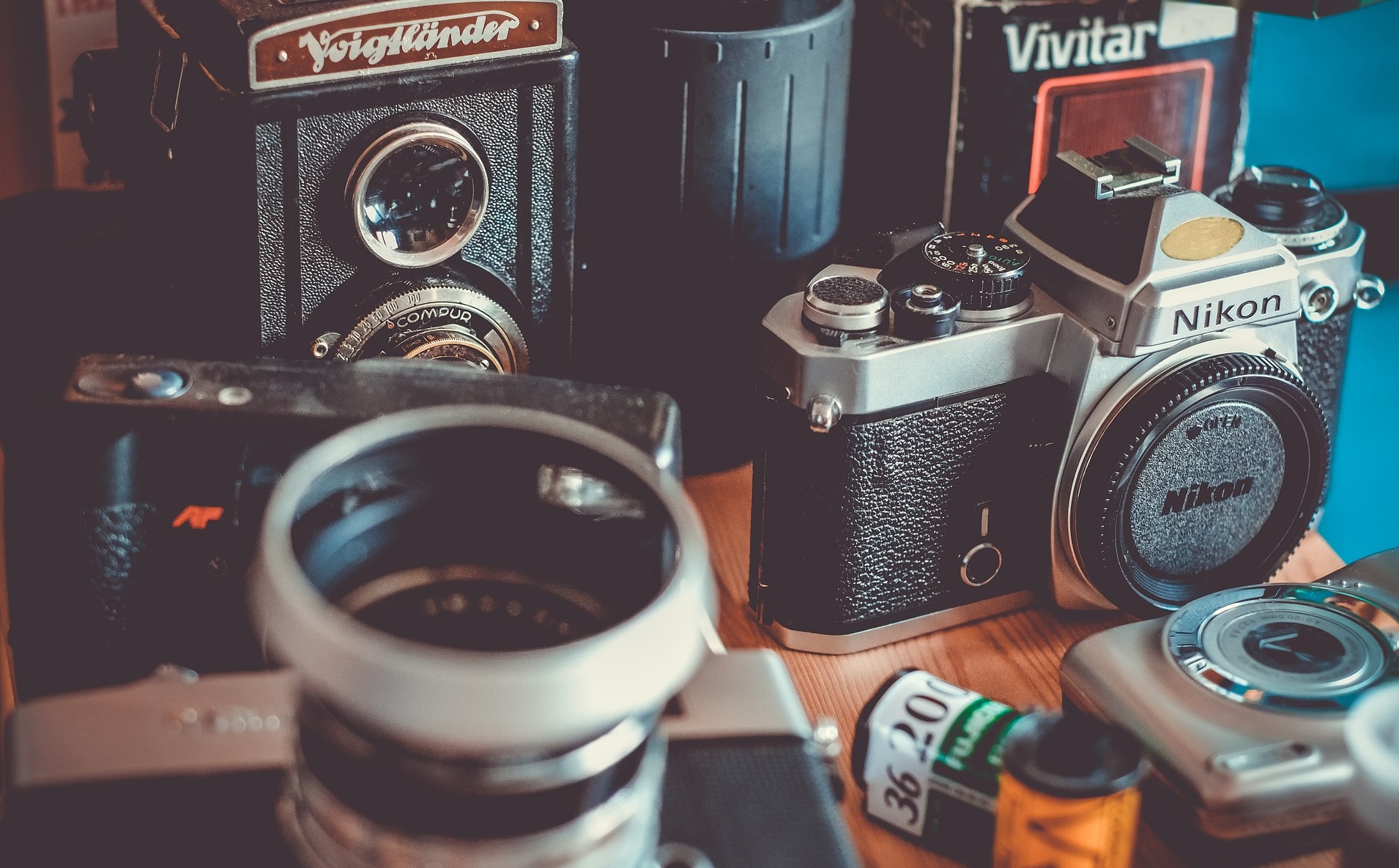 The History of Film

Today, photographic film is essentially composed of a coated sheet of plastic within a tiny film canister. The plastic sheet has been made from either polyester, cellulose acetate, or nitrocellulose. The coating is a light-reactive emulsion containing silver halide salts that are bonded using gelatine.

The earliest photographic processes, however, didn't actually use film. Daguerreotypy, the first publicly announced photographic process, was invented by Louis-Jaques-Mandé Daguerre and introduced worldwide in 1839. To make a daguerreotype, the "daguerreotypist" would polish a sheet of silver-plated copper, treat it with fumes to make it light sensitive, expose it in a camera for a length of time, expose the latent image by fuming it with mercury vapor, use a liquid chemical treatment remove its sensitivity to light, rinse and dry it, then seal it behind glass in a protective enclosure.

In 1885, the first flexible film roll was invented and sold by George Eastman. This film was composed of a coating on a paper base. Within processing, the image-bearing layer of coating was removed from the paper base and then attached to a sheet of hardened clear gelatin. The first transparent plastic film roll was available in 1889; it was made from a highly flammable compound called nitrocellulose. Today, this is referred to as nitrate film.

Eastman Kodak Company (founded by George Eastman and Henry A. Strong) introduced the first "safety film" in 1908.Safety film, also called cellulose acetate film, was developed as a safer film base replacement for the much less stable nitrate film. Initially, it only had a few special applications, as the nitrate film was tougher, more transparent, and cheaper. In 1933, the change to cellulose acetate was completed for X-ray films. While safety film was used in 16 mm and 8 mm home movies by 1920, nitrate film remained the standard for theatrical 35mm films until it was discontinued in 1951.

Color photography became popular after WWII, although early color experiments began in the 1840s.A Scottish physicist, James Clerk Maxwell, laid the groundwork for practically all color processes when he first suggested the three-color method in 1855.

The first practical and commercially successful color film was introduced in 1907 by the Lumière brothers. The Lumière Autochrome was a glass plate additive color process that was expensive and not sensitive enough for hand-held snapshot use. Film-based versions of the mosaic screen color additives were introduced in the early 1930s and sensitivity was later improved. These films, which combined a simple layer of black and white emulsion with a layer of microscopically small color filter elements were discontinued in the 1950s.

Modern color film (referring to a subtractive color product with a multi-layered emulsion) was introduced in 1935 with Kodachrome home movie film and then 35 mm still photography film in 1936. Color films, as they continued to develop, were much more expensive than black and white film and required more light. It took a while for consumers to largely adopt color film. Eventually, decreased costs and increased sensitivity made color film widely available. By the 70s, color film dominated the market, and black and white film was mostly confined to photojournalism and fine art photography. 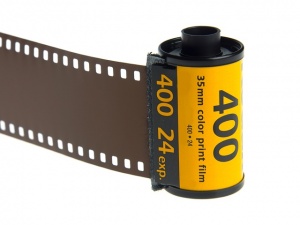 Today, a roll of film is essentially a base layer with an emulsion contained within a cassette or cartridge and outer protective packaging. The light-sensitive emulsion is composed of silver, nitric acid, and gelatin. The film base can be made of polyester, cellulose acetate, or nitrocellulose. Polyester film stock has been more common since the 1980s, especially for archival applications. Film can be packed in cartridges, cassettes, rolls, instant packs, or sheets. Depending on the type of packages, they are often made with some combination fo plastic and metal.

While shooting film has been largely replaced by digital photography, it still exists as a hobby and for many a profession still. Some colleges have the availability of a darkroom and offer film photography courses. These classes are a great way to learn all aspects of film photography with readily available chemicals and enlargers for developing and printing your photos.