It's all about the Hamiltons, baby.

Money has been around for a while since at least 3,000 B.C. But the form has changed a lot over the years. What started as metal coins evolved into the paper notes we know and love today, and many of its elements are petroleum-based.

Paper money didn't come about until 7 th century China. The value of paper currency was unclear compared to coins used at that time, and it led to bankruptcy at that time. It fell out of circulation until the late 1650s when it was reintroduced in Sweden.

Paper money first saw the light of day in the US by the Massachusetts Bay Colony in 1690 in the form of British pounds called Colonial Notes. However, paper money didn't really take in the US until the late 1700s when Congress authorized and issued paper money.

For a time, private banks even produced their own currency for circulation. This early paper money was produced in different designs and amounts. It wasn't until the 1940s that the government stopped printing bills over $100.

President Lincoln established the Secret Service to crack down on counterfeiters, and bills became the norm in America.

"Fun Fact: It costs the government about $0.04 to produce one bill of US paper money, regardless of its denomination.

Today, bills in the US are standardized as far as amounts and designs go, and as its status as legal tender.

Security Measures in US Currency 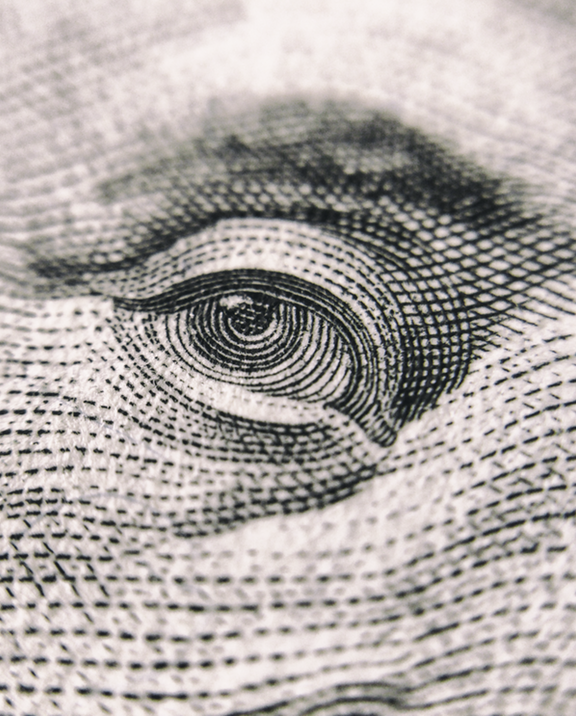 Counterfeiting has been a concern, and so many advances in technology over the years have made it harder and harder for people to replicate US currency.

Continental Currency, the first federally issued paper currency, was issued in 1775. Security measures taken to help prevent counterfeiting included a detailed image pressed to the back of the notes using lead plates, serial numbers, and signatures a process developed by Ben Franklin.

Today, security measures are implemented on all bills $5 and over. Watermarks are used as well as, only in $100 bills, a 3-D security ribbon. This ribbon is woven into the bill and features change appearance as you move and tilt the bill; bells change to 100s and 100s move side to side.

Typical paper is made from wood and pulp, but US currency is made of a blend of cotton (75%) and linen (25%). This gives it a distinct feel to our currency.

So, the petroleum? Ink utilized for printing money consists of dry color pigments and oils and extenders to make the printing ink thicker than typical ink. The front of the bill is printed with black ink and the back with green.

Fun fact: this is where the term greenbacks " comes from.

A lot of machines are used in the process of making money from cutting to printing. These machines will also need to be properly lubricated to ensure that money is being produced without a hiccup. And we're thankful for that.