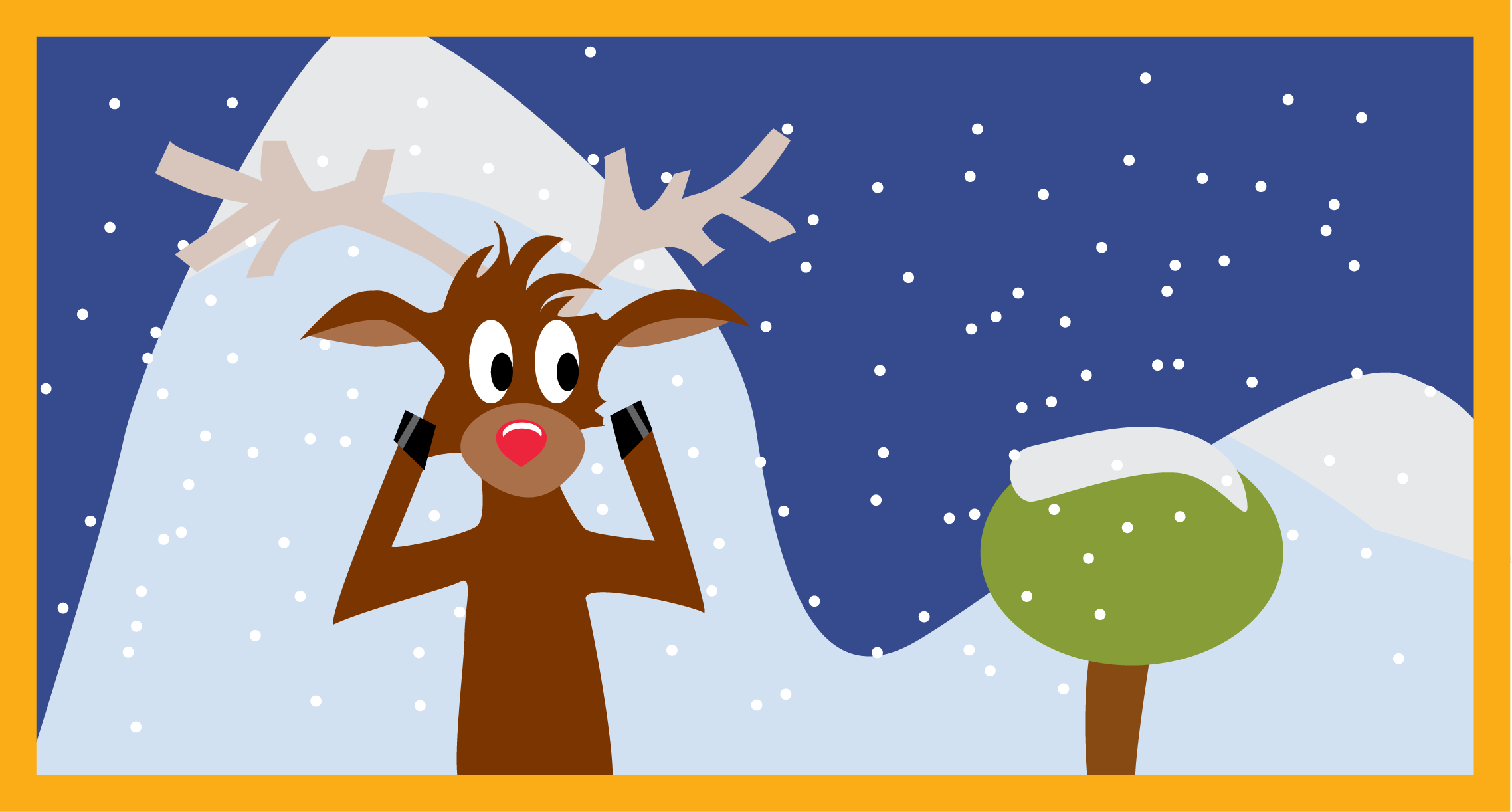 Though the exact location of his infamous house and workshop is unknown (I imagine it's to avoid the paparazzi and to prevent the theft of millions of toys), Santa is rumored to live in the North Pole.

Chances are you already know this though, right? Probably since you were a little kid. Everyone knows that Santa Claus lives in the North Pole with Mrs. Claus. On Christmas Eve, he flies around the world in a sleigh pulled by his trusty reindeer and delivers toys made in his workshop to all the good girls and boys. If your house happens to have a chimney, he just slides on in. And if you don't have a chimney ...well, what's a little B&E between friends?

You might be thinking that this is completely improbable ...a toy manufacturing facility located in the northern most point on the Earth? In the middle of the Arctic Ocean? Nonsense!

According to American folklore, Christmas elves live with Santa in the North Pole and help out around the place by taking care of the reindeer and making toys in Santa's workshop. But the sad truth of the matter is that ever since the Industrial Revolution, more and more elves have been displaced; their workshop jobs have been dominated by machines. And though they still retain work (someone has to fix the machines, right?), Santa is no Luddite magic can only go so far in an age of technological advancement.

While not everything is made by robots, per se, the assembly line is an incredibly important aspect of Santa's toy making process (thanks, Henry Ford!). And to keep everything efficient and ensure all those presents are delivered on time, Santa needs to be particularly choosy about what lubricants he uses to keep the holiday season running smoothly.

Here's the thing about lubricants: they (along with machinery) have practical limits regarding operating temperatures. As I'm sure you can imagine, there isn't really anything practical " regarding the temperature in the North Pole. 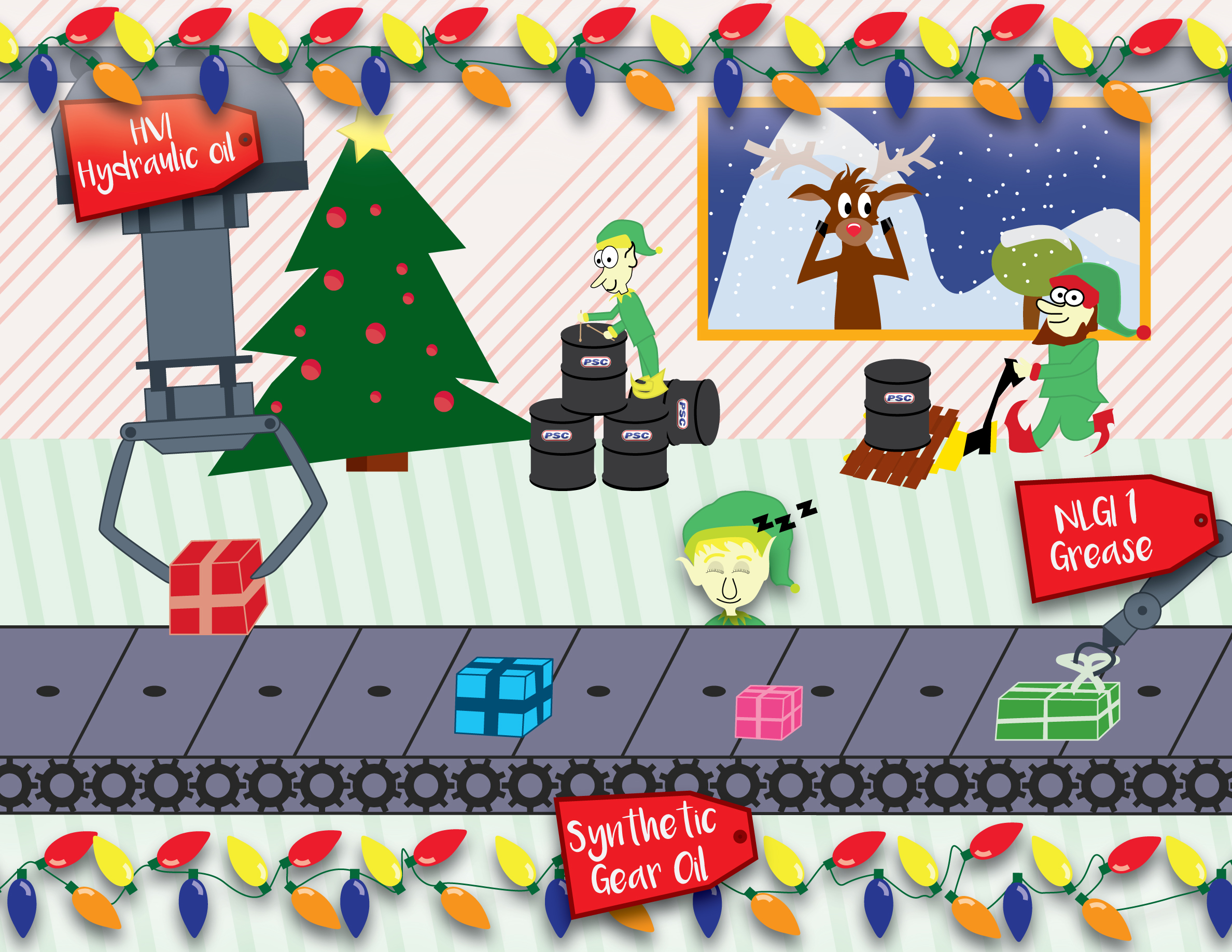 For those of us in the industry, we often talk about the "upper limits" of a machine or lubricant because high temperatures can mean some bad news for the heath of your equipment (and your lubricants). However, the "lower limits" can be really problematic, too especially when your location is the North Pole. At extremely low temperatures, what can happen is your lubricating fluid may actually reach a point where it congeals and no longer flows (its pour point). In extreme cases of cold temperatures, it's also possible that blended oils can begin to separate into different phases (stratification). Additives within the lubricants are also susceptible to becoming insoluble in colder temps.

For the average industrial lubricant user, this isn't too much of a problem however, for an arctic toy making entrepreneur, an average lubricant isn't going to cut it. Especially not when in the North Pole average summer temperatures are around 0 C (32 F) and average winter temps are around -40 C (-40 F).

But there is hope! A lubricant's pour point is dictated by base oil quality and certain additives. For the North Pole, Santa needs a lubricant with a high viscosity index. Synthetic oils are a better choice, as they tend to have a higher V.I. and remain more fluid in cold temps. This is where cold weather lubricants come into play.

For the ultimate lubrication, good old St. Nick needs to look for lubricants specifically manufactured for cold weather applications (a product data sheet will have the information you need to decide whether it can properly grease your arctic gears).

With the right kinds of lubricants, Santa could run his workshop efficiently in the North Pole. At least as long as he didn't mind the total darkness in winter and total daylight in summer.

*Due to Non-Disclosure Agreements, we can't "say" we sell cold weather lubricants to Santa; however, we can say that if you run a toy factory in the North Pole, we can can provide you with the right products to keep it running smoothly.