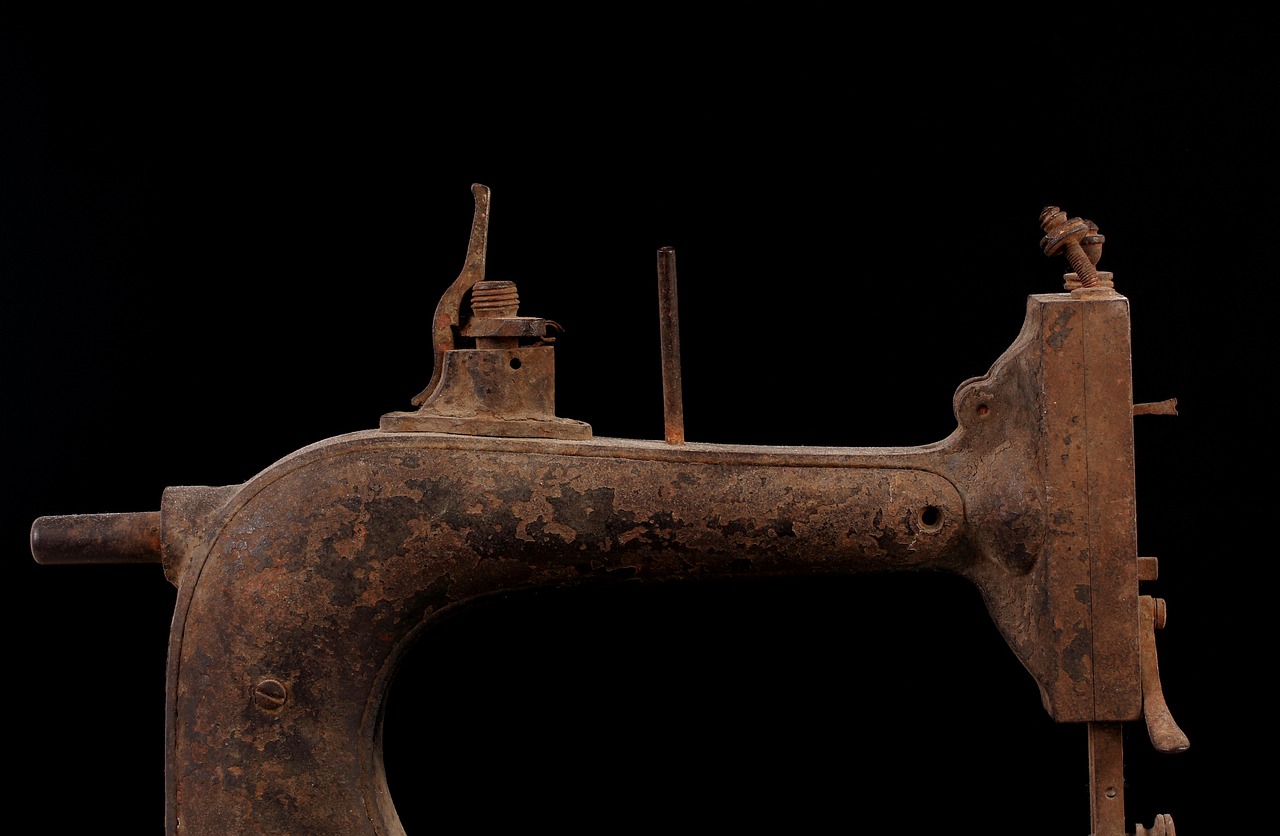 Were you to make a list of some of the most important inventions of all time steel would probably be on that list. So would the lightbulb, antibiotics, the wheel, internal combustion engine, and, well, computers and the internet. But where would the sewing machine fall on that list?

Unless you're an avid sewer, chances are you probably don't put much thought into sewing machines. My mom used to make clothes for me and my brothers growing up, and I still rarely think about the machine that stitched together my shirt sleeves or pant legs.

Prior to the 19 th century, plenty of people had to think about sewing it was a necessity. They didn't have the machine component to contend with, though; everything was sewn by hand.

Sewing the Seeds of the Machine

In the 21 st century, it might be a bit of a surprise to hear that the history of sewing machines is rather contentious. It didn't just appear in its full form suddenly through one person's efforts. There were large amounts of machine designs, patents, and lawsuits that went into making this massive innovation.

We've talked about the Industrial Revolution at great length because it was such an important time in the manufacturing world, both to the United States and the world at large. 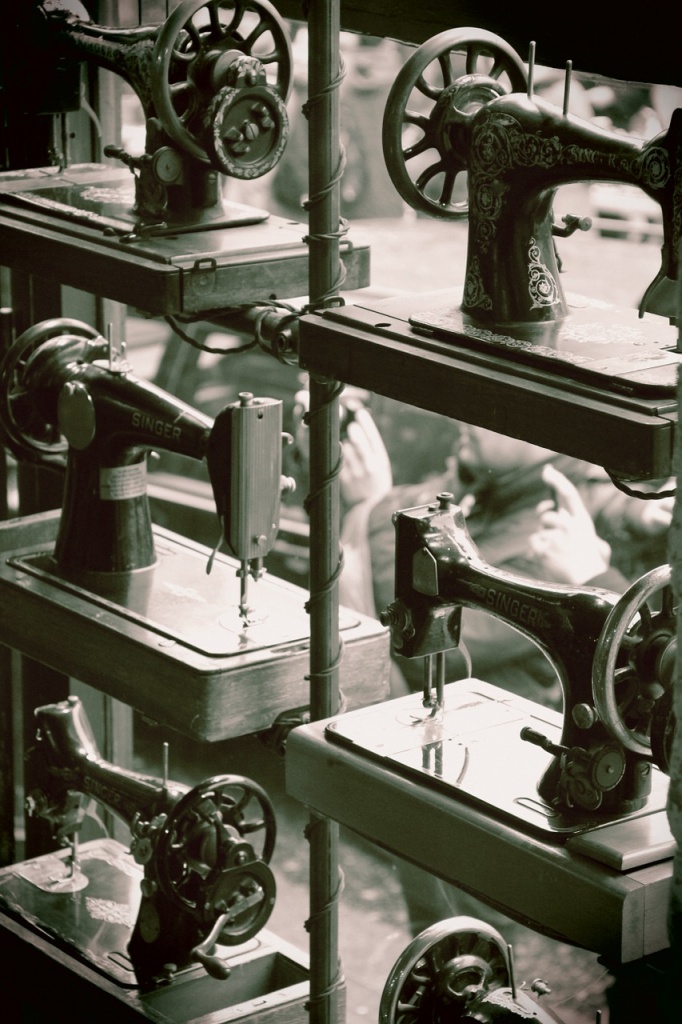 By the 19 th century, the American Industrial Revolution was in full force, thanks to the introduction of new manufacturing technologies. At this point, factories were producing goods at never-seen-before masses. As the process for textile manufacturing became streamlined, in particular, factories produced more product, more quickly, and for less money. It's only natural that as affordable textiles became readily available on a large-scale, people wanted to produce more goods with these textiles again, more quickly.

Designs for the first sewing machine and machine sewing-related products actually go back to the 18 th century. These early machines focused on replicating what human hands can do.

The first significant development of a sewing machine arrived in 1790. Thomas Saint, an English cabinetmaker drew plans for a machine that could stitch leather. Saint patented this design as, An Entire New Method of Making and Completing Shoes, Boots, Spatterdashes, Clogs, and Other Articles, by Means of Tools and Machines also Invented by Me for that Purpose, and of Certain Compositions of the Nature of Japan or Varnish, which will be very advantageous in many useful Appliances. " Yes, really. No one knows if Saint actually ever built any of his designs.

The first half of the 19 th century saw an increase in sewing machine patents. In 1807, Edward Walter Chapman patented the first machine to use a needle with an eye not required to pass completely through the fabric.

In 1830, French tailor Barthelemy Thimonnier patented the first mechanical sewing machine to be put into commercial operation. He was also awarded a contract to produce uniforms for the French Army. By 1841, Thimonnier had 80 machines in his Paris shop for stitching Army clothing. However, a mob of fearful torch-bearing tailors destroyed all 80 of his machines in fear of losing their livelihood. Four years later he managed to improve his machine design and organize the first French sewing company. His enterprise never took off, however, and other machines made his irrelevant.

Howe It Fared in the U.S.

In the United States, a prolific inventor and Yankee mechanical genius " named Walter Hunt understood the value of a sewing machine. In 1832, he began to build his own. His machine was simple in construction and used two needles.

Although Hunt had high hopes for his machine, he abandoned it in 1838 and never filed a patent. Hunt didn't like the prospect that his machine might put seamstresses and tailors out of work.

At nearly the same time, Elias Howe was also working on a sewing machine.

In 1846, Howe earned a patent for a machine nearly identical to Hunt's. At this time, Americans were yet to be impressed by this machine and Howe failed to attract buyers or investors.

After a series of unfortunate life events and business decisions, Howe needed to pawn his machines and patent papers in London to return to the United States. When he returned home, he came back to a country that was finally accepting sewing machines which were everywhere.

While many of the new sewing machines were near copies of his own patented invention, Howe received no royalties at least not until he began taking people to court. He won every one of his patent lawsuits.

Isaac Singer's sewing machine was completely different from Howe's with the exception of its eye-pointed needle.

While Elias Howe and others initially paved the way for mechanical sewing machines, it was Singer who was the most successful. Singer's machine was the most practical and the most commercially viable option, particularly Singer's Family Sewing Machine which took the sewing machine out of the factory and put it in the home exclusively for family purposes.

Without the invention of the sewing machine, the industrial world would have looked differently--literally. Sewing machines allowed for the mass production of quality clothing at minimal expense and time. Sturdy, well-stitched clothes were no longer just an extravagant luxury. While perhaps not as flashy as the steam engine or computer, the sewing machine is a worthy innovation in its own right.