The great debate of DC vs AC power has raged on for over a century. —

Google it — you're certain to come across just as many impassioned advocates on both sides of the current as in the late 1800s. Surprisingly, both sides of the debate (in modern times) seemed to have formed an altogether overly-enthusiastic, volatile concern with the inferiority of the other option. —What so many tend to overlook —is the very democratic, respectful working relationship between alternating and direct current -- and how neither, really, care too much about who's in charge.

Scientists still discover new things about electricity everyday. For years, DC electrical motors in —passenger vehicles were insanely inefficient and uncommon -- so while the science had already existed to make an electric-powered car, not many people were eager to make the switch. Contrarily, many of our computers, cell phones, and LED lights are powered by direct current: so which one is preferable in the modern day?

Both, it seems, dependent upon the application. Again, for years, DC motors were the standard in electric vehicles, but with the advent of Tesla Motors only a few years ago, AC power provided a huge boost to an electric motor industry that was confused and misguided for decades. Funny thing is, a great deal of the core engineering —behind the new Tesla engines came —from a time come and gone. —

Of all the brilliant industrial revolutionists, there was but one who might have fared better working within the 21st century landscape of technological innovation (and also Entertainment Television). —

Nikola Tesla — a former student of Thomas Edison — had a knack for being a world-famous personality. In addition to entering into a public, all-out —peeing " contest with his former employer, Tesla was fashionable, mustachioed, and friends with famed authors Mark Twain and John Muir. Upon his death in 1943, the U.S. government invaded his apartment, taking all of his research and writings, thus inciting a decades-long push from Tesla fan club presidents for the confirmation of the notion that the brilliant scientist was, in fact, an alien (or at least a friend of aliens). —

Before he was causing such an international stir, Tesla had, at first, some difficulty escaping from underneath the shadow of the brilliant Thomas Edison. Tesla was a young man when he came to work for Edison in 1882; having received a recommendation that equated Tesla with the great mind of Edison, himself, a respectful rivalry began to form between the two men, with Edison once claiming that Tesla's ideas were —splendid, " but —utterly impractical. " —

Methodologically — in the field of engineering — —the two men couldn't be more different. While Tesla imagined his inventions in his head (he's not a superhero, but he did —have a photographic memory), Edison endlessly toiled over sketches and manuscripts and mathematical equations, seeking to fully understand a potential invention before setting out to create it. Their disagreements, however, came to a head during —The War of the Currents, " which pitted Thomas Edison — who had supported DC electricity — —against George Westinghouse and Nikola Tesla — who were the supporters of AC electricity. —

Without going into too much detail, AC electricity eventually won out due to its lower cost and its ability to transform voltage. Depending on where you live, you might be able to step outside your front door, and witness some of the AC, high-voltage transmission and power lines that appear to be relics of a past time. While they may look a bit dated, these large devices supply power to much of the United States, safely converting the energy into smaller, usable amounts— and while DC and AC both have their many uses in the modern day (including the transmission of power across great distances) Tesla and Westinghouse took home the gold medal at the Chicago World's Fair in 1893, supplying electricity for the entire event. Still, it seems that the biggest loss for Edison was one related to his ego rather than his entrepreneurial success. —

Knowing a bit of history about this debate is significant to our understanding of new electrical technologies. — 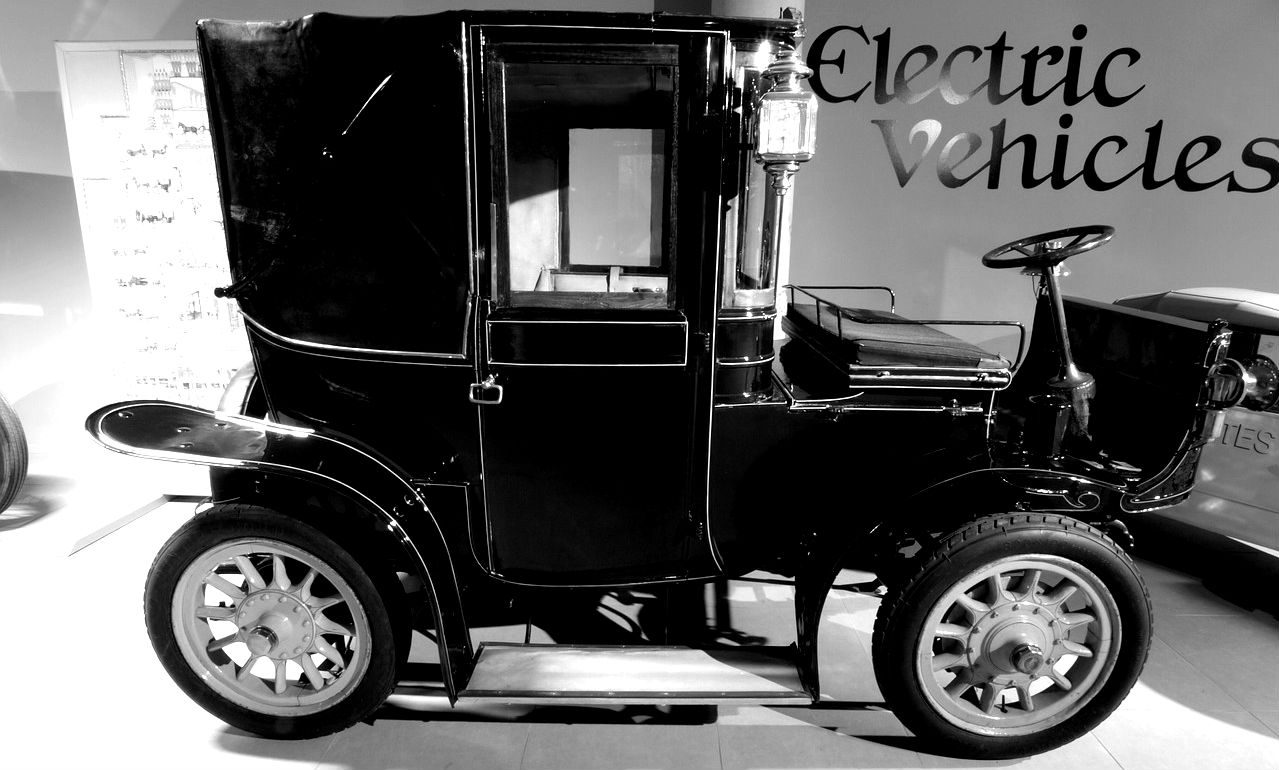 This electric vehicle was manufactured in 1905. So, while things have just begun to take off in the industry of vehicular electric motors, researchers have been at this for a while.

Tesla Motors designed an engine several years ago that was modeled explicitly after Tesla's original induction motor, built over a century ago. While DC brushless motors have completely dominated the electric motor landscape, Tesla's new engine was revolutionary in terms of electric motor manufacturing and the automotive industry at large — most would say it's largely the most efficient and successful (i.e. it is a suitable if not otherwise preferable alternative to gasoline engines) electric motor ever created. —

Efficiency, for the uninitiated, is a huge concern with any electric motor. At the same time, an equally large concern is driver safety. I know —— I'm spoon-feeding. Still, consider this: the low-voltage, high current demand of direct current power is not particularly useful in most electric motor applications requiring quick-and-easy current conversion back to DC power. Also, this is particularly useful when considering Tesla Motors' push to make their vehicles virtually identical in performance to gasoline-powered vehicles. —

Take a commercial airplane for example; electric power is required in both AC and DC forms, yet the source of that energy must be derived mechanically (i.e. via a motor), converted, and subsequently distributed in order to provide power. Since these conversions may be happening on a widespread scale throughout a power-hungry commercial aircraft, an AC induction motor is particularly useful in that it requires less cost, less —weight (i.e. less overall wiring), and less surface area. Within an electrical system such as those present in airplanes and other vehicles, several smaller systems exist — considering their need for separate and variable working voltages, AC power is far preferable in that the individual components can transform down. —

Furthermore — and a common benefit attached to Tesla's induction motor — is that AC systems require virtually no maintenance. The AC motor, or induction motor, is most useful in its capability to regenerate power through the act of braking. Unlike DC motors, Tesla's AC motor can harness the energy used to stop the vehicle and repurpose it to the battery in order to propel it further. These engines are largely cheaper in cost, require less maintenance, and are capable of accelerating vehicles far beyond the capabilities of most electric engines. —

Unlike the DC brushless rotor, the induction rotor has no magnets —— just stacked steel laminations with buried peripheral conductors that form a —shorted structure. " Currents flowing in the stator windings produce a rotating magnetic field that enters the rotor. In turn, the frequency of this magnetic field as —seen " by the rotor is equal to the difference between the applied electrical frequency and the rotational —frequency " of the rotor itself. Accordingly, an induced voltage exists across the shorted structure that is proportionate to this speed difference between the rotor and electrical frequency. In response to this voltage, currents are produced within the rotor conductors that are approximately proportionate to the voltage, hence the speed difference. Finally, these currents interact with the original magnetic field to produce forces —— a component of which is the desired rotor torque.

—Admittedly, this subject is a bit too confusing for us petroleum-people. Where do you stand on the debate between AC and DC power? —