Understanding the oil industry isn't exactly easy--for starters, nobody even knows exactly how much oil is actually underground.

The oil market ebbs and flows and is probably far more complicated than the average consumer can understand (without putting in the time and effort, that is). There are many steps to take petroleum out of the earth and put gasoline in your car, and a lot of decisions have to be made along the way. Sometimes these decisions include the oil rigs themselves, particularly in instances of an oversaturated market. 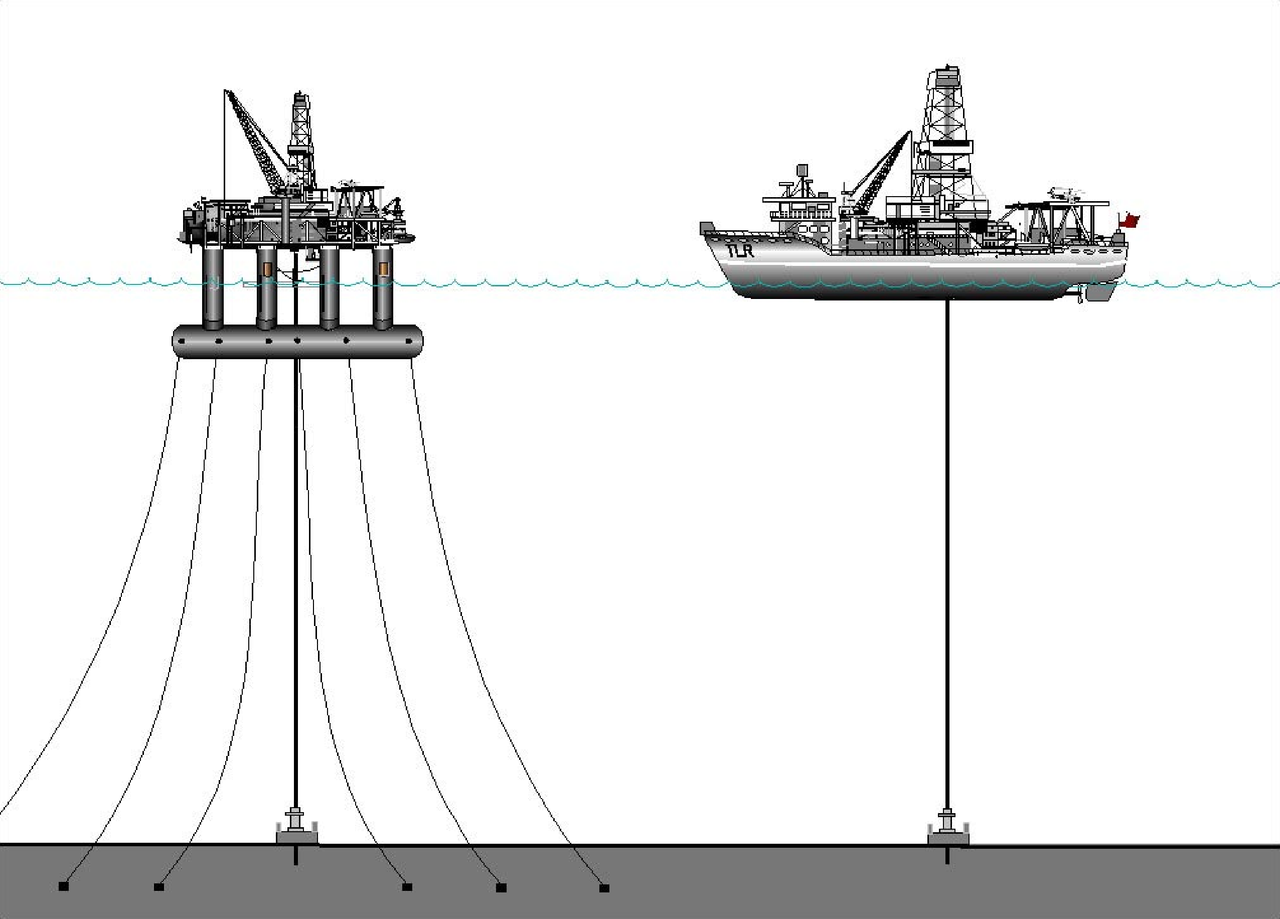 What happens to oil drilling systems that aren't drilling?

Oil rigs and drillships are expensive, high-tech pieces of equipment that are expensive to operate, whether they’re actively drilling or not. So when one or several rigs are not currently engaged in the oil production, the owners of said rigs have options: they can either cold-stack or warm-stack them.

Warm-stacking a rig (also referred to as hot-stacking or ready-stacking) means that the rig is idle—it’s deployable, but not currently operational.

A crew must be present on warm-stacked rigs to ensure the rig’s preservation and preventative maintenance schedules are followed for drilling and general ship equipment. Typically, these rigs are warm-stacked when the owners anticipate a work contract soon, so they are always ready to be mobilized within a few days. They are actively marketed and are considered part of the marketable supply.

Because routine rig maintenance continues, the daily costs may be reduced, but are actually similar to those in drilling mode. Warm-stacked can still cost, for example, an estimated $40,000 a day, without the profitable drilling of oil.

The alternative to maintaining an at-ready rig is to shut the whole thing down.

Cold-stacking a rig is also sometimes called “mothballing” because the rig is shuttered and put away; This is more of a cost-reducing step when an adequate return on investment doesn’t seem likely, or isn’t great enough to make the unit work-ready.

Mothballed rigs are shut down and stored in a shipyard, harbor, or designated offshore area. Crews are either reduced to zero, or else a skeleton crew might remain, greatly reducing the cost of maintenance.

Before storing the rig, crews take necessary steps to protect the rig’s facilities, including the application of protective coatings to fight corrosion, filling engines with protective fluids, and installing dehumidifiers. Unlike warm-stacked rigs, these may be out of service for extended periods of time and are not actively marketed. Including maintenance and a small crew, a cold-stacked rig might cost around $15,000 a day.

The hot v.s. cold debate is a bit of a dilemma--

Going by numbers alone, cold-stacking seems like a better way to save money, right? Especially given that's what companies want to do--not lose money on unproductive pieces of equipment that cost millions of dollars themselves (if not more).

But cold-stacking isn't the magical answer, even if saving $30,000 a day seems like a win-win. The truth is, it's a lot of work to make mothballed rigs ready for production--and a lot of money. To return a rig to service can easily means tens of millions of dollars for refitting costs.

As Bloomberg recently pointed out, mothballing drillships during an oil slump is a "massive gamble."  But it doesn't stop companies from taking that risk, especially if they're losing millions of dollars on these behemoths. According to their reports, "Nearly half of the world’s available floating rigs are out of work today, and most observers expect that number will climb further." And not everyone is using the same method--not all companies are willing to turn engines off, for fear of not being able to turn them back on. It's like Vegas that way--everything's a gamble (but what happens in the ocean doesn't necessarily stay in the ocean...or the ground, for that matter).