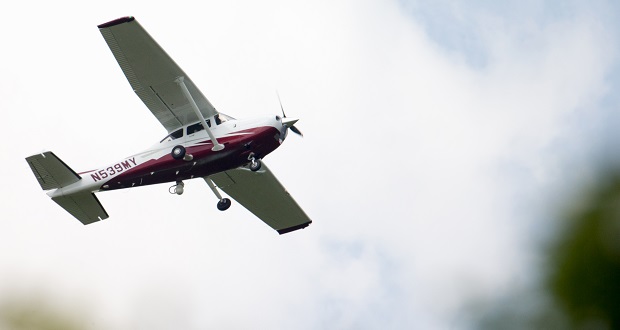 Following a report by the Washington Post last month, which investigated the aircraft flying over the Freddie Gray protests in Baltimore, investigators have been locating more and more of these flights happening in cities from coast to coast. The planes are typically a single-engine Cessna and are registered to fake companies such as —KQM Aviation, " OBD Leasing, " and —NG Research. " According to a VICE Motherboard article, more than a dozen of the aircraft are registered to P.O. boxes in Bristow, Virgina, a small town with almost 30,000 residents.

What were these planes doing? And more importantly, who is behind the flights? As it turns out, the FBI has come forward and confirmed that it is conducting surveillance over major cities and using bogus company names to cover their tracks.

According to an AP report, for the first time, the FBI has openly acknowledged that not only is it behind the flights and fake companies, but it also does so without any judge's approval.

The Bureau says that the planes aid in ongoing and specific investigations while claiming that their —aviation program is not secret " and that the planes —are not equipped, designed, or used for bulk collection activities or mass surveillance. "

Any aviation enthusiasts, feel free to comment and speculate in the comments below.