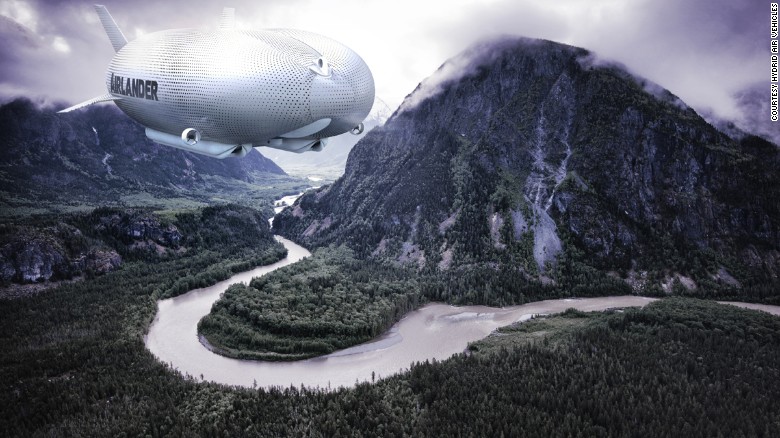 The manufacturer of the world's current largest aircraft, the Airlander 10, is closer to getting its lofty project off the ground —— literally. Hidden in a secret hangar just south of Bedford, England sits the hybrid plane/balloon/hovercraft —— an airship that British design company Hybrid Air Vehicles (HAV) says can revolutionize aviation.

Stretching longer than a soccer pitch at 302 feet long, the Airlander is easily the world's largest aircraft. For perspective, it is over 68 feet longer than a Boeing 747. Although —it is bigger, the Airlander only can carry a maximum of 10 tons (hence the 10 in its name). The Airlander 10 is made out of carbon fiber, Kevlar, and Mylar and has four near-silent 325 hp V8 engines with a cruise speed of 80 knots (about 92 mph). Carrying maximum payload, the airship can remain airborne for five days. Until recently, budget cuts put the Airlander project on hold. Thanks to a — —3.4 million ($5.1 million) grant funded by the UK government, HAV is now preparing the craft for its first flight tests set to take place later this year.

What makes the Airlander so attractive to investors and aviation personnel? Perhaps it's the fact that it could be used for both military and commercial flight. Aside from airlines focused on moving travelers from Point A to Point B, both the U.S. Army and U.S. Coastguard have expressed interest in using the Airlander to monitor the nation's coastlines, as well as in other military applications.

Maybe the Airlander is attractive because it has eco-friendly credentials. According to a — CNN article, its creators say the current version of the Airlander uses 20% less fuel than existing aircraft and has the compatibility to be fitted with solar panels.

Or maybe the Airlander is now becoming popular because, since trends always come back around, it reminds us of aviation days-gone-by before airships "fell out of fashion" following the 1937 Hindenburg disaster. After all, the Airlander does have a similar look to the antiquated airships of the past, but it has been given a 21st century design that HAV hopes will get people pushing for the return of yesteryear's aircraft.

Keep your eyes to the skies. Hybrid Air Vehicles hopes to have Airlanders making their debut by as early as 2016.