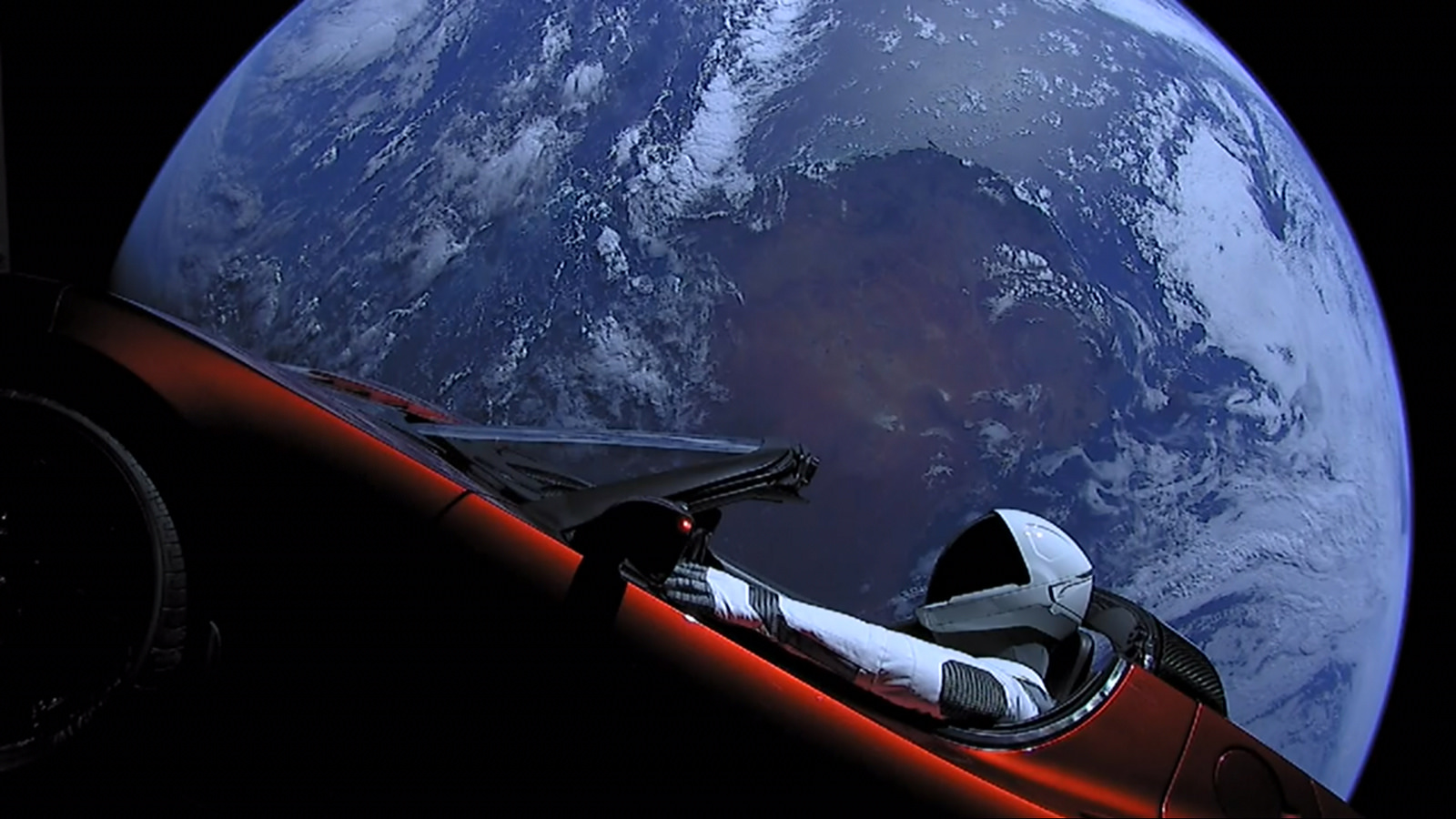 A car in space is out of this world

SpaceX's recent Falcon Heavy rocket launch has given us plenty to think about these last few weeks. One thing I never thought I'd have to think about (at least not outside the realm of science fiction) is how will space affect a car? ( Will and not would since we do get to witness this now or future humans will.)

There are plenty of benefits to driving a car in space if you think about it. For one, no roads mean no potholes (and really, what's better than that?). Another thing drivers wouldn't really have to worry about is rust. Rust (iron oxide) is the result of an electrochemical reaction combining iron (Fe) and oxygen (O) when water is present. Since there's hardly any molecular oxygen (O2) in space and no water vapor, there's no way for iron oxide to form, right?

Here's the thing: space doesn't necessarily mean zero erosion. This means that a car drifting through outer space isn't necessarily impervious to corrosion. While oxygen and moisture are the primary sources when it comes to metal deterioration, they're not the only causes.

Any material that enters space is subject to vacuum, bombardment by ultraviolet and X-rays, and high-energy charged particles. These can all eventually corrode equipment. Additionally, atmospheric atoms, ions, and free radicals (such as atomic oxygen) are all present in the upper layers of the atmosphere (up to 800 km) and can affect corrosion.

Yes, there is oxygen in space.

So, oxygen comes in several different forms. Molecular oxygen (O 2) is comprised of two oxygen atoms and is in the air we breathe. Atomic oxygen (O), on the other hand, is one single atom of oxygen. On Earth, it doesn't exist for too long because it's highly reactive and bonds easily. In space, though, where ultraviolet radiation exists by the plenty, O2 molecules are easily broken apart to create atomic oxygen.

And while our breathable oxygen might be far scarcer in space than on planet Earth, the atmosphere in low Earth orbit is made primarily of atomic oxygen. This actually caused corrosion issues for early shuttle flights. Crewed space vehicles and the International Space Station (ISS) travel in low Earth orbit, where the atomic oxygen can react with spacecraft surfaces, thereby causing damage. Special coatings help combat erosion by creating a barrier between the metal and atmosphere.

That's all well and good and all, but here's the thing: Starman has driven " his midnight cherry Roadster far outside of Earth's orbit and is heading beyond Mars into the solar system's first asteroid belt (on average 150 million miles away from Earth's orbit, give or take).

Being that the Tesla is no longer near Earth with our atomic oxygen-riddled atmosphere, what space elements will affect it now?

What's does the future have in store for Spaceman's Roadster? 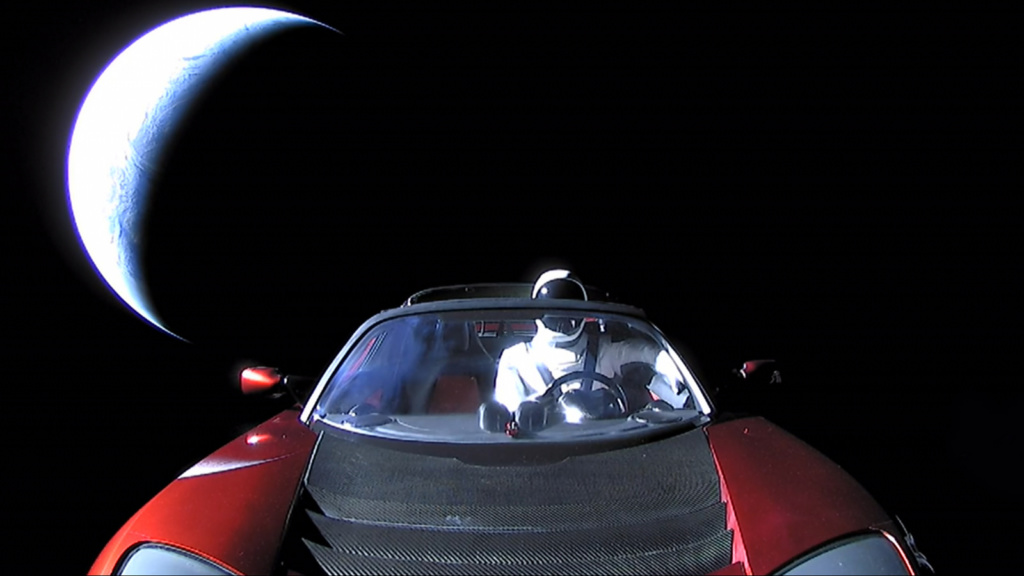 Nothing may happen. Starman and his Tesla Roadster a 'la Elon Musk may well remain in the vacuum of deep space for tens of millions of years, thanks to the high heliocentric (and stable) orbit it is in. Many experts believe the convertible is in for smooth sailing and that any collision with Earth or Mars or an asteroid is very low. Dr. Seth Shostak, senior astronomer at the SETI Institute in Mountain View, California, told NBC News Mach that by his estimates, the Roadster has less chance of a collision each year than all the Roadsters plying the highways of Earth put together."

That's not to say that the electric car won't take minor beatings. The ultraviolet radiation, cosmic rays, and other highly charged particles will certainly affect the car's paint over time, as well as its structural integrity. Thankfully, where humans have issues in vacuums due to our internal pressures no longer getting counteracted by an atmosphere, cars don't have those issues because they don't have those pressures.

Micrometeorites may or may not be an issue, depending on who you talk to, and the same goes with radiation. William Carroll, a chemist at Indiana University and expert in plastics and organic molecules, believe that "All of the organics will be subjected to degradation by the various kinds of radiation that you will run into there, " according to Live Science. His beliefs fall along the lines that the organic bonds are going to split and disintegrate and, eventually, all that will be left of the car are its well-secured inorganic parts such as the aluminum frame, internal metals and any glass that makes it through potential meteor impacts.