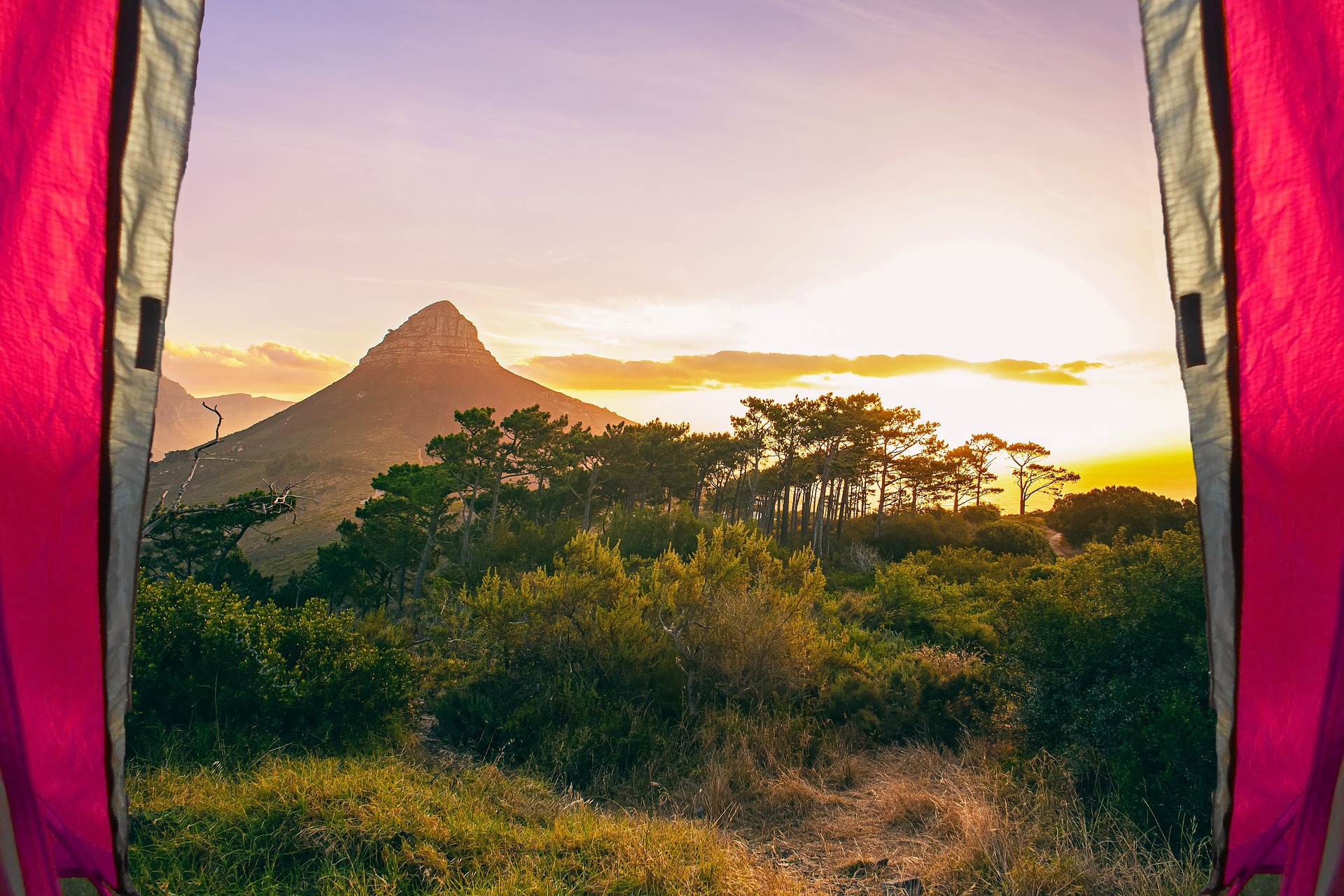 Camping is the "escape" from technology that became popular because of technology.

As a citizen of the good old U.S. of A, camping isn't a necessity it's a recreational choice. A variant of a vacation. I can temporarily leave the comforts of my home, grab my tent and my dog, and rough it for as little or as long as I want. Camping as we know it today is, for lack of a better term, a luxury (I mean, glamping " exists, after all ...).

Here in Northeastern Pennsylvania, there are a ton of places I could go to immerse myself in nature: a state forest in the middle of nowhere, designated campgrounds, a plot at a music festival, and even my own backyard, if I grew too concerned about being too far away from indoor plumbing. 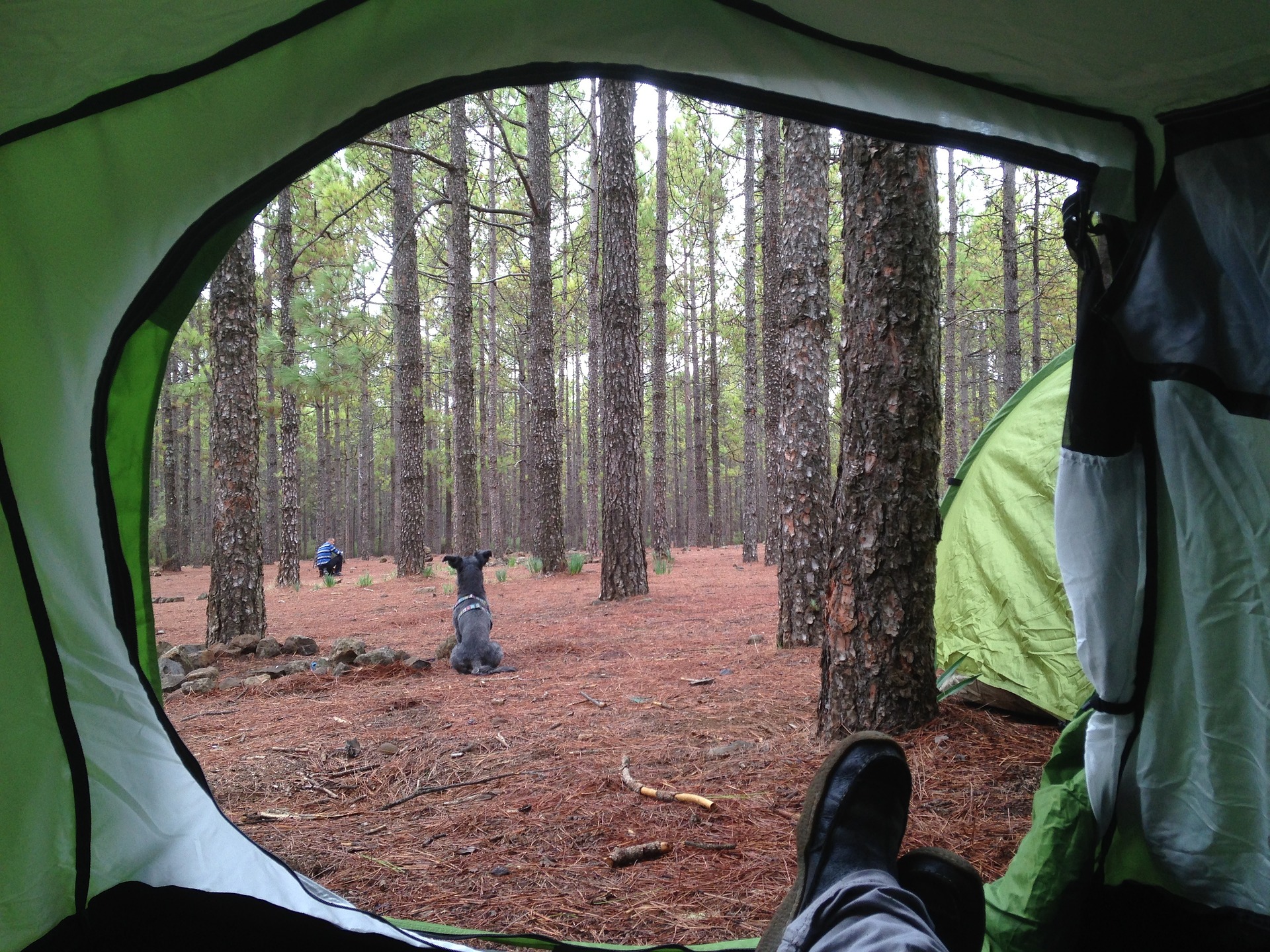 With new camping gear and technology coming out every year, we can pretty much choose our level of camping very, very easily.

Can't do without the internet? Good thing I have a data plan on my phone, and a mobile hotspot for my iPad, too. And portable chargers so my phone battery never dies, despite how many snaps I add to my snapstory. And a converter so I can plug my hot pot into my car so I don't have to go without a nice pourover cup of joe in the morning. I might also need a SteriPEN for water purification, a portable washing machine, a hammock hot tub, or maybe even a portable/collapsible/solar fridge-freezer to keep my craft beer nice and ice cold...

I'm sure if you listen very closely, someone, somewhere, is blaming the millennials " for some unnecessary technological gadgetry nonsense. "

But the truth is, a very common innovation initiated change in the camping experience over 100 years ago: the automobile.

Turn your mind into a time machine and mentally go back to 19 th century America. The United States of America hadn't been the United States of America for very long, but the country was growing. Post-Civil War, the country was a-boomin'. Too fast, and too much for some people. The urban areas weren't even all that urban before the city dwellers needed a vacation from their fellow mankind.

The best way to beat off those city blues was, naturally, nature. It didn't really matter that their forebears had worked so hard to conquer the landscape (and fought off FOUR BEARS in ten feet of snow uphill both ways), they were going to ditch the still-infant civilized world for ye olde wilderness. Yee-haw.

By the late 1800s, camping (for recreation, not for necessity) became trendy. I mean, when you don't have to do something, it immediately becomes fun, right? I choose to face the elements; I choose to sleep in the mud; I choose to unwillingly share my food with questionably large Rodentia (get these folks a pair of Wayfarers, am I Right?).

The camping trend was heavily spurred by naturalist John Muir, who wrote about his years living in Yosemite, beginning in 1868. Only 20 years or so post-frontier migration, Muir's story was incredibly popular. Journalists and essayists wrote about him and the notion of camping, including Charles Dudley Warner, who published his In the Wilderness " series in 1878 in The Atlantic Monthly. Warner presented camping as an idyllic escape from the responsibilities of civilized society: I suspect that many of us are, after all, really camping temporarily in civilized conditions; and that going into the wilderness is an escape, longed for, into our natural and preferred state. "

If not for these early impulsive campers, America's National Park system as we know it might have never been initiated. Public figures such as Muir, future president Theodore Roosevelt, and industrialist Stephen Mather all worked together to create organized national conservation efforts. California, in particular, proved to be the ideal spot to develop a dialogue on conservation and promote real-estate purchases; nothing quite says escape the cold, iron grip of industrialism like California ...and camping.

Initial campers were mostly composed on the elite, as they could afford such a luxury. Wealthy families hired help to take them out into the wilderness and serve them by cooking meals and building them shelters.

At the turn of the 20 th century, many families traveled to their destinations via modern railways, with everything already pre-set-up for them. Author Katherine Chandler, however, began promoting a primitive camping and published a series of tips in 1902. Those who followed her advice ditched all urban amenities, hired a team of pack horses or burros, and only packed the simple bare necessities.

From Pack Mule to Pack a Car

With the invention of the automobile, and its inevitable popularization and affordability, the car quickly replaced the horses and burros and became the preferred means to escape.

9 out of 10 industrialists agree that the car will take you far into the wilderness!

Unless you were really going to rough it in a survival kind of sense, even early campers needed gear, especially if they planned on longer stays. Tents, stoves, cots, lanterns, ice chests, food, clothing, children, and even the family mutt could fit in the truck or back seats. And the bulkiness of items such as sleeping bags no longer became an issue to carry and store. Cars enabled camping to become not just a luxury for the wealthy man, but also a vacation for the everyman. 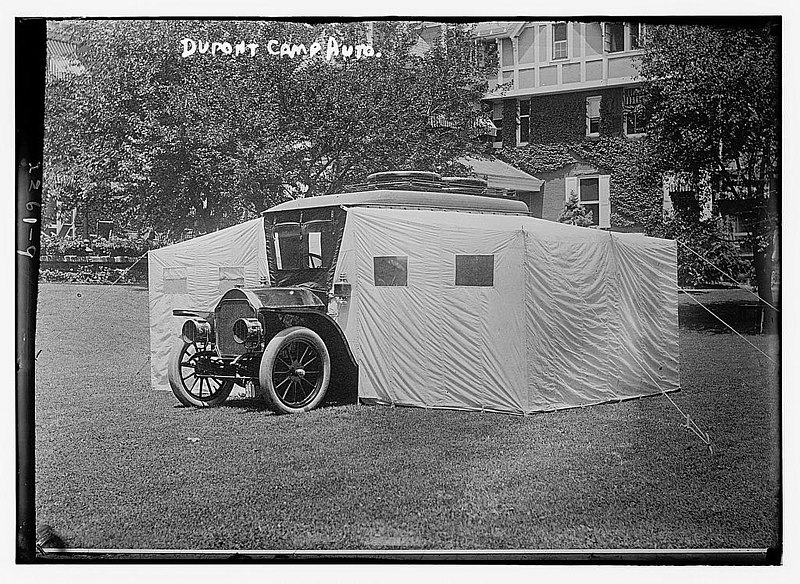 Have car; will travel into the great outdoors.

Auto camping allowed Americans a certain freedom that wasn't as readily available before the 20 th century. Individuals and families alike could do more, further: they could now travel longer distances and actually enjoy what they saw. The world is a much more beautiful-looking place when you're not worried about the elements; rain and storm do not necessarily impede a car or truck the way it might a team of mules.

Automotive manufacturers recognized this camping perk for car owners. Henry Ford encouraged dealers to provide prospective buyers with free maps and nature guides. Early versions of tow-along trailers were born as a means to pack more supplies for the longer trips made possible by cars.

Post-WWII, more advanced and comfortable means of camping were developed, including travel trailers, truck campers, and RV. By the late 1950s, America was certainly in love with camping and such infatuation only led to further advancements in transportation, gear, and technology.

The invention of nylon certainly helped the development of camping gear, too: invented in 1935 for use in WWII, the durable, lightweight fabric was a natural fit among the great outdoors. Gear made from nylon was much lighter, stronger, more compressible, and more resilient to water, mold, and mildew, compared to wool and cotton.

From the 1960s, the 70s, and through today, every year comes out with further advancements to providing the ultimate getaway. The primitive bell tent, " first designed by a Confederate army officer in 1855, has been replaced over and over by lightweight models designed for easy transport and set-up (and backpack-ability).

You might say that with all the modern conveniences of camping, the purpose of the initial escape has all been lost. Naturalist and essayist Henry David Thoreau would certainly agree, I'm sure, were he alive today. But he's not. 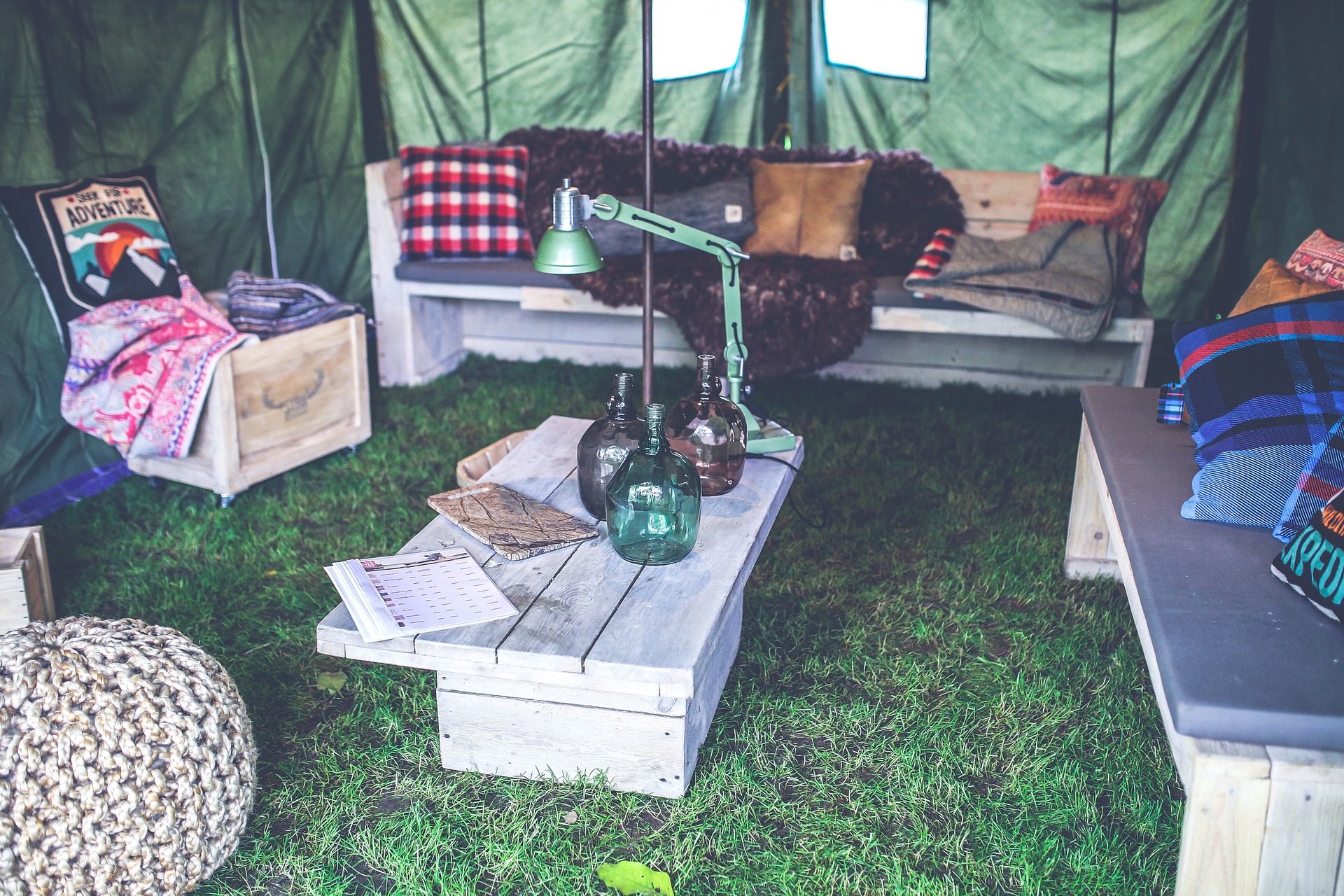 Not everyone goes camping just to escape industrialism, capitalism, or convenient living. Not everyone wants to disconnect from everything: some people just want to escape work, their annoying neighbors, or not even an escape at all. It's not my place to tell people what camping should and should not mean to them. There's nothing wrong with simply appreciating a new space and admiring the view as long as we leave it the way we found it. What's that inspirational quote that makes its way around social media during vacation season? Take only pictures, leave nothing but footprints? Yeah--do that. Or less than that.

Inspired to go camping? Now you just need to get yourself a good tent, a nice hammock, and a super fly backpack for as little or as much gear as your little heart desires.