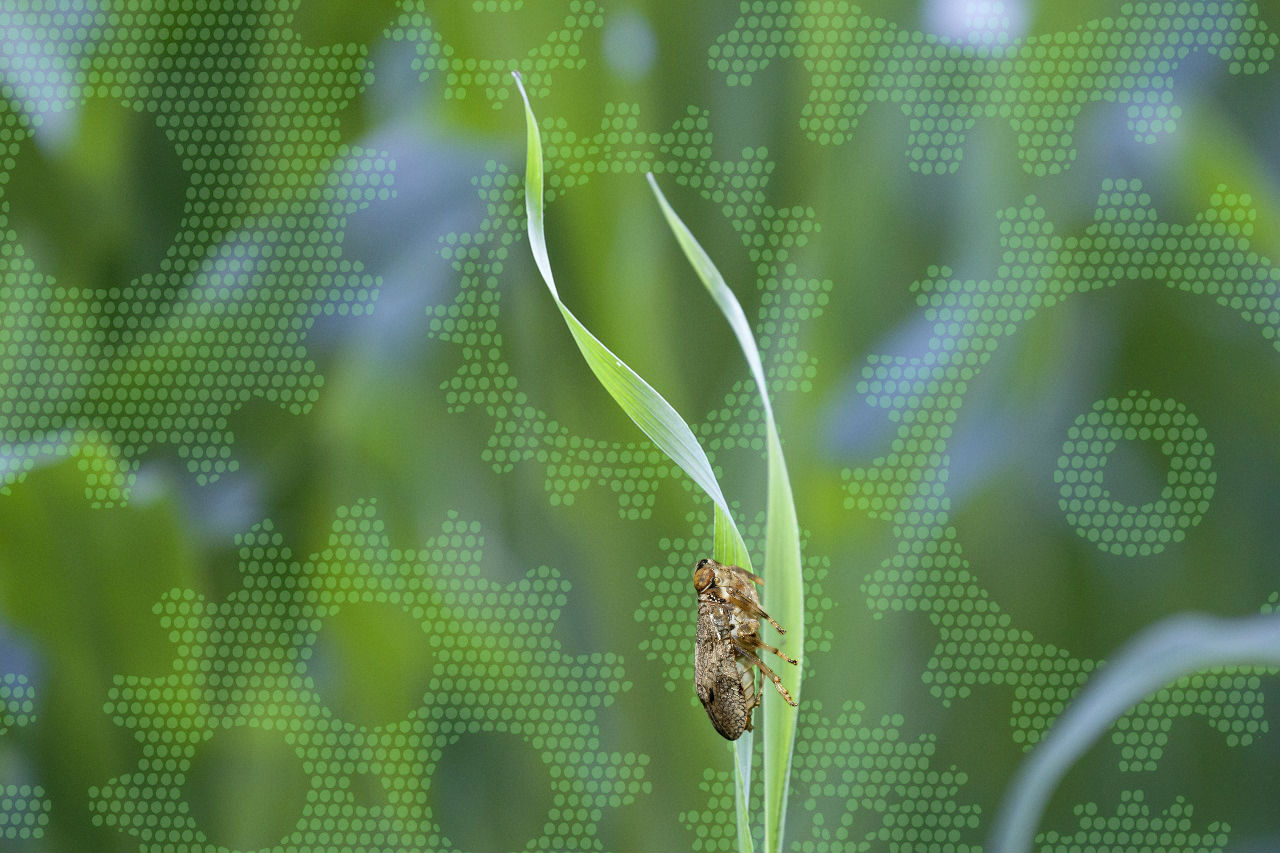 We're no strangers to gears. They appear in mechanisms dating back before the common era and continue to be used in modern machines. Everything from clocks (including the Long Now variety) to cars to Santa's Workshop operate thanks to gears. With the help of lubricating gear oils, these gear-driven machines can run at top productivity.

For a long time, people believed gears were entirely of human origin (or else the work of aliens). However, within the past few years, the notion that this symbol of human industry was solely of human invention has been turned on its head.

What might have stolen the spotlight from human ingenuity? Insects.

On September 13, 2013, Malcolm Burrows and Gregory Sutton published a report in Science titled Interacting Gears Synchronize Propulsive Leg Movements in a Jumping Insect. " What they discovered and shared was that a plant-hopping insect, Issus coleoptratus has hind-leg joints with intermeshing teeth " that rotate like mechanical gears. These tiny, one-way gears synchronize the Issus's legs when it launches into a jump. They are also the first evidence of functional, rotating gears found on an animal.

According to Burrows and Sutton, insects can have one of two variations in hind leg arrangement: they either move in separate planes at the side of the body (like grasshoppers) or they move counterrotationally in about the same near-horizontal plane beneath the body plant-hopping insects). In the case of the latter, such as Issus coleoptratus, it's important for the hind legs to move synchronously to avoid rapid spinning in the yaw plane. "

These leg gears are not connected all the time, nor do they remain with the insect for its whole life.

Each of the hind legs possesses a gear. When the insect jumps, the two sets of teeth " lock up and the legs move in perfect unison. This gives the insect more power as the gears rotate to their stopping point and unlock. The main goal of these gears is to keep the hind legs moving within microseconds of each other. Neither the front or middle legs contain gears.

Unlike man-made gears, each Issus gear tooth is asymmetrical and curved towards the point where the cogs interlock. For the insect, the gears only need move in one direction to launch the animal forward. Man-made gears, on the other hand, require a symmetric shape to work in both rotational directions.

These gear teeth are lost when Issus undergoes its final molt into adulthood. Burrow and Sutton believe changes in the hormonal environment during the larval-to-adult transition likely trigger this change. A "high-performance friction-based mechanism" replaces the gears because there is a much higher risk of breaking a gear with no options to repair said break. This loss doesn't negatively affect the adult insects; in fact, adults are better jumpers than juveniles (called nymphs). At this point, the animal is also much bigger and stronger.

The gear teeth, then, are like the training wheels for jumping.

What does this mean?

You don't have to be an entomologist to find the Issus coleoptratus's legwork to be fascinating. Like spider's hydraulic legs, the gear teeth component of these insects' legs demonstrates how mechanisms previously thought to be man-made have actually evolved in nature. The interacting gears in nymphal planthopper legs play an essential functional role in their natural behavior, just as gears play an essential role in a functioning transmission.

There's absolutely no telling what other mechanical processes are found in nature. There's also no telling how other natural processes can help inspire or evolve our industrial ones. Without biomimicry, for example, we wouldn't have Velcro.