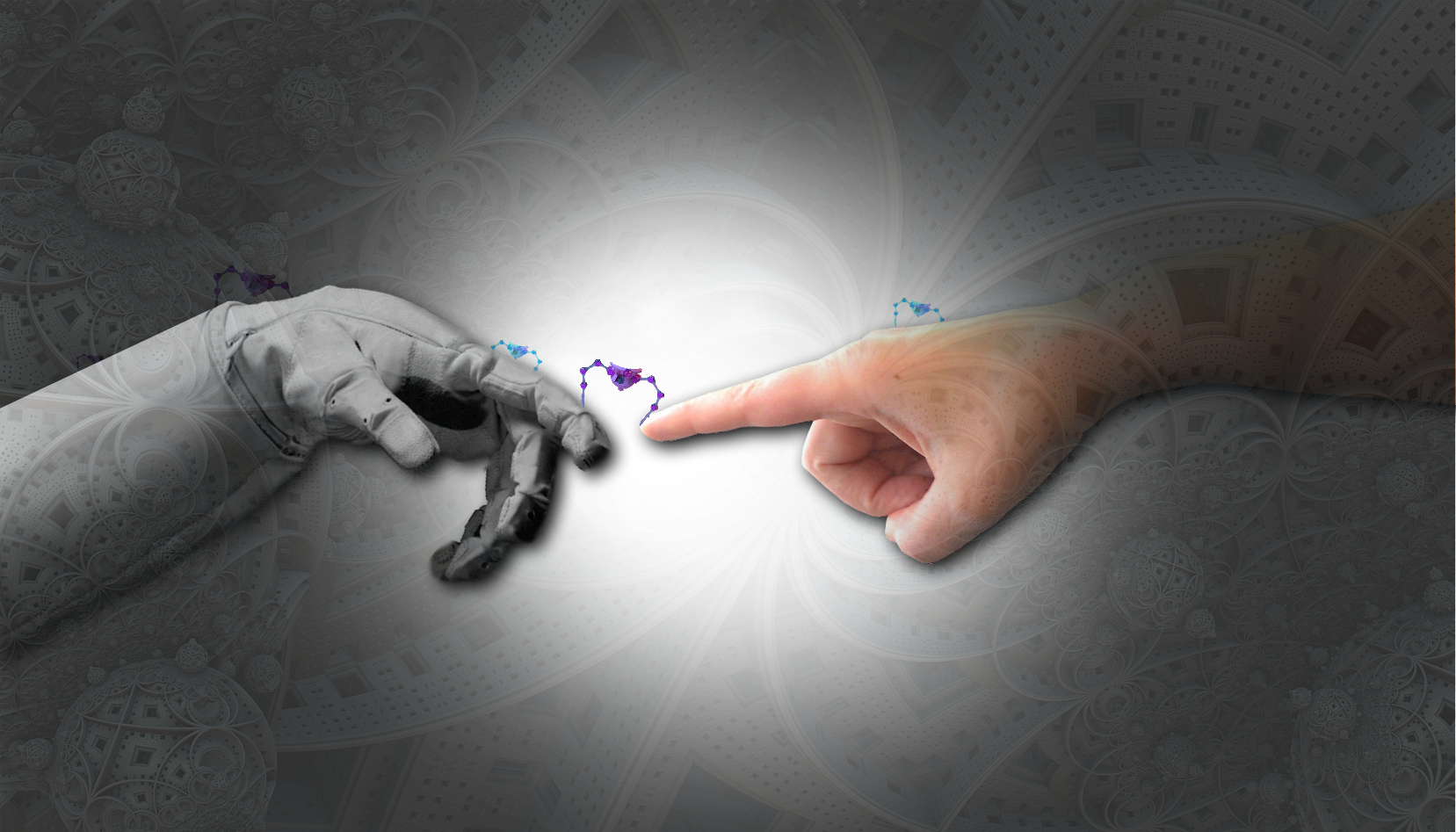 The field of study is known as nanorobotics.

Science-fiction authors have long theorized the potential of these types of machines i.e. microscopic yet incredibly complex in terms of their application in modern medicine. Just recently, a team of researchers at the University of Mainz in Germany have created the world's smallest engine ever created: the engine though it requires some large equipment to get it to function properly is nevertheless indistinguishable in size from an atom and invisible to the human eye. While it may not be the engine that powers future nanobot surgeons ", it may very well be the precursor of said technology all scientists need to figure out is how to make this engine function independently (which seems virtually impossible at the present time).

To be considered nanotechnology, the objects in question must be at the very most one billionth of a meter in size, or in cooler language, a nanometer. To put this into perspective, a human hair is about 100,000 nanometers in width. Split a human hair 100,000 times and you have the average size of a nano-object. These theorized nanoparticles have one general purpose: to improve human life.

Interestingly, theories (and a few New York Times Bestsellers) suggest that these particles will one day be able to do much more than cure the common cold. This includes ridding the world of cancer, viruses, harmful bacteria, and even air pollution shoot, at this rate, let us be the first to prophesy that John Lennon's ghost will occupy one of these microscopic robots and cure the world of hatred.

In other words -- when it comes to the majority of science-fiction predictions " -- you may be wise to take said prophecies with a grain of salt. Many novels and sci-fi films have painted the future as a place of massive technological overhaul i.e. literally massive: if it's not a railway system that speeds around the entire world in minutes, it's flying hovercraft on continental highways, impossibly tall buildings, or hulking human cyborgs. However, with the case of nanorobotics, the technology is so small that you can't even begin to appreciate its physical characteristics even if they are finished with a fancy rose gold casing.

Nanotechnology sits uniquely within the landscape of modern technological advancements. In opposition, say, to the giant endeavors of Elon Musk (who seems to reaffirm science fiction prophecy on the regular), nanorobotics has been a slowly growing technology not to mention an extremely small one. There is no striking, brilliant billionaire spearheading research; there is no proven track record of success; and in spite of the many empty promises from the media, we have yet to see a successful example of nanotechnology doing anything truly remarkable for human health.

Still, in spite of all the odds stacking against us, many modern folks believe that they'll see medical nanorobotics in their lifetime but it could just be wishful thinking. Keep in mind that the fate of nanotechnology rests with researchers who are capable of designing a swarm of robots just over the size of atom: and not only that, but they must also be capable of detecting and destroying cancer cells, viruses, and certain bacteria. We're not sure why, but this still kinda sorta sounds feasible.

But for now, the best you can do is appreciate the technological genius of your robot vacuum.