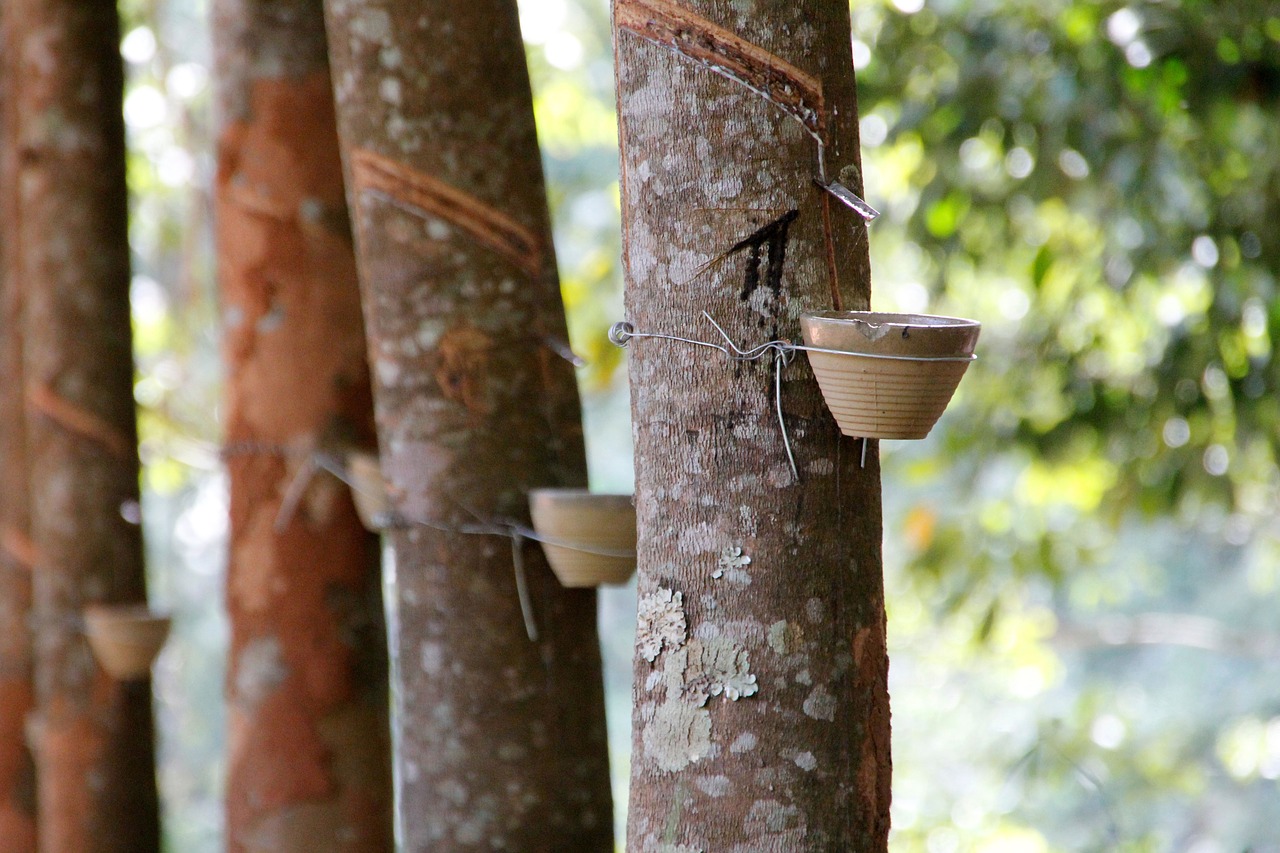 Rubber plays an important role in the function of your car (the tires). It played an important role in the development of stylish, waterproof rainwear. Without rubber, even mistakes made in pencil were closer to being on the permanent side. It keeps our bundles of asparagus nice and bundled. We get to stamp library book due dates and puppies on envelopes.

Frankly, my dear, rubber is everywhere: in your drawers, your shoes, your desk, your car, even your own backyard.

While rubber might seem pervasive, its integration into society is hardly anything new. It's always been around. 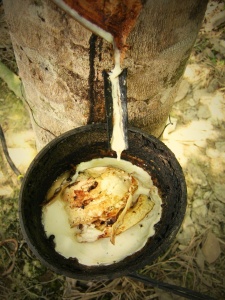 The Western (European) world has known about rubber since the early 16th century, although its history goes back far earlier than that. The indigenous cultures of Mesoamerica first used rubber thousands of years ago.

The Olmecs, of Guatemala and Mexico, (literally the rubber people ") first used rubber for making balls for the Mesoamerican ballgame (a ritual sport with the goal to keep the ball in play). Maya and Aztec cultures also utilized rubber later on. In these civilizations, rubber uses also included making containers and waterproof textiles. Waterproofing clothes and footwear with rubber began as early as the 13th century in South America.

Rubber was harvested from the latex of rubber trees or other latex-producing plants. Hevea brasiliensis (the Pará rubber tree AKA simply the rubber tree) is the primary source of natural rubber. These trees are indigenous to South America and initially only grew in the Amazon rainforest.

Charles Marie de La Condamine, a French explorer, geographer, and mathematician, introduced samples of rubber to the Académie Royale des Sciences (the French Academy of Sciences) in 1736. In 1751, La Condamine presented the first scientific paper on rubber by François Fresneau, a French botanist and scientist.

In 1770, Joseph Priestly, an English chemist, discovered that a piece of this South American material was particularly good at rubbing off pencil marks on paper. Thus, the material was dubbed rubber. Then erasers became quintessential for school children everywhere.

The Commercialization of Rubber

Although natural rubber had different properties in Europe than it did in South America, it still took off. When warm, natural rubber is sticky. When hot, it becomes softer and even stickier. In cold temperatures, like those above the equator, rubber is brittle. Despite its shortcomings, a rubber boom occurred. 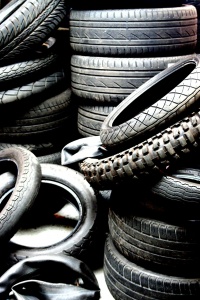 By the 1800s, practical uses for rubber were developed and demand grew. For instance, a French factory opened in 1803 that manufactured rubber garters for women. The commercialization of rubber started the Amazon Rubber Boom, which largely occurred between 1879 and 1912. The boom particularly affected Brazil; the impoverished and remote area was suddenly at the center of it all. During this time, Brazil became wealthy. In 1855, more than 2,100 tons of rubber was exported from the Amazon. By 1879, that number was closer to 10,000.

Naturally, since the business was so lucrative, the South American rubber trade was heavily protected and exporting seeds was strictly prohibited and a capital offense. However, that didn't stop Henry Wickham from smuggling 70,000 rubber tree seeds from Brazil in 1876. When he tried planting them in England, only 2,400 seeds germinated. The British then sent those seedlings that thrived to British colonies in Southeast Asia. By the early 20th century, the center of the rubber boom had shifted from Brazil to Malaysia, Singapore, and Sri Lanka.

The introduction of the mass-produced automobile, which required rubber tires, really pushed the need for rubber. With the onset of World War II, there was further demand for rubber, particularly within the U.S. In the manufacturing sector, fighter planes required half a ton of rubber each and battleship used up to 75 tons. With Southeast Asia established as the new rubber hub, the Japanese invasion of the Pacific Theater was a particularly big deal, especially for the U.S.

The process of vulcanizing rubber making it more durable through the addition of sulfur really changed the rubber landscape and enabled its usefulness in a number of industries. Vulcanized rubber, unlike rubber in its natural state, can withstand heat and pressure. It completely changed the face of the industrial world.

While the Industrial Revolution may have been built by hard, solid steel, it certainly had a rubber soul.

Got rubber on your brain? You can read more about its synthetic counterpart here!

And if you have a vehicle with 4 rubber tires (or more!), you can find everything you need to keep it running smoothly with PSC's fine selection of Automotive and Fleet Lubricants.