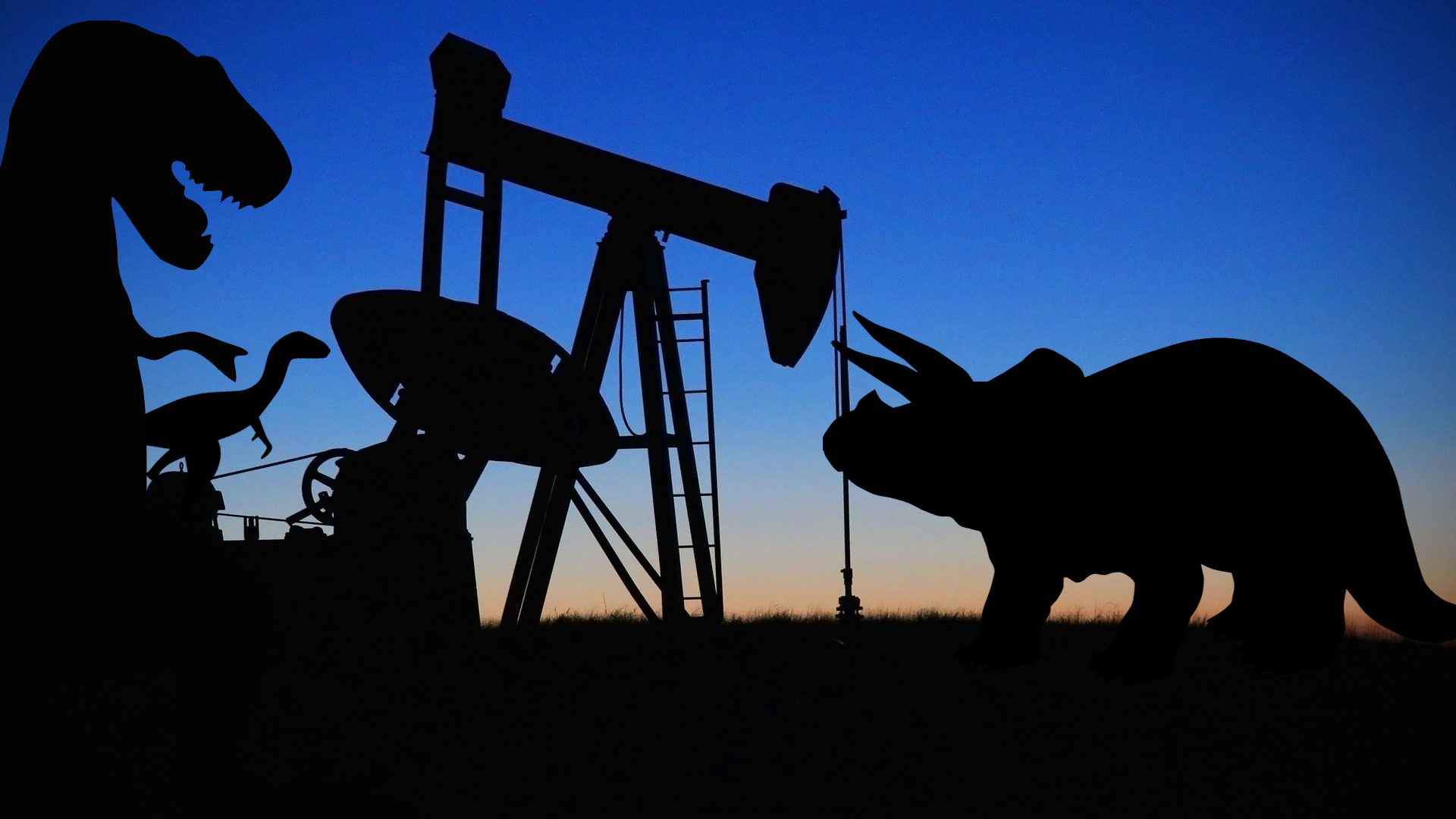 To put this in perspective, we can say that this amount could fill roughly 265,000 average-sized swimming pools. Not clear enough? Imagine the immense amount of water that spills over Niagara Falls every hour multiply that amount (whatever it may be), times 6.5, and you'll still fall short of our daily global total of petroleum usage.

Like most things, it can be a little unsettling when you think about the origins of petroleum-based lubricants and fuels. Essentially, the dark, syrupy substance that runs the modern world was formed over hundreds of thousands of years, deep beneath the earth's crust. The predominant theory is that sometime during the Jurassic age (hint: this was way before Jeff Goldblum) an unfathomable amount of once-living organisms and plant matter settled at the very bottom of the world's massive oceans. With the ever-increasing weight, pressures, and temperatures inflicted upon the material, water content was completely removed over time. This resulted in the creation of some of the world's most valued commodities: coal, natural gas, and of course petroleum.

Should this be true, what would this mean for life as we know it? Likely, it would mean some very unfortunate times ahead for many of us (especially those that work in the petroleum industry ....ahem). Some of the world's most well-respected environmental engineers and geologists have predicted that our earth has less than fifty-years-worth of oil reserves left, should we continue to consume this valuable resource at such an alarming rate.

It's interesting to imagine a world without petroleum. Frightening, even: considering how dependent we currently are on the substance.

Believe it or not, not every scientist believes that we are going to run out of oil so soon. There is another theory that exists. Remember, it was mentioned that all of the same material (an amalgamation of plankton, plants, and potentially dinosaur remains) contributed to the formation of coal, natural gas, and petroleum. Well, if you're not a scientist, this actually does seem kind of unlikely.

There's few things if any in this world that have the same origin, but different outcomes; perhaps the closest we (in the lubricants business) can come to visualizing this is through the process of lubricant manufacturing. While a mineral-based lubricant and a synthetic lubricant may have an identical empirical formula (a carbon and hydrogen molecule), the synthetic formula is simply cleaner, more uniform, and better performing. Still, this may only be achieved under controlled scientific processes.

The natural formation of oil, coal, and natural gas from the same ancient cake " of sediment seemed perplexing enough to make a few scientists challenge this idea.

The abiotic theory of the origin of oil claims that petroleum is a natural substance that the earth generates consistently!

According to wnd.com's Jerome Corsi:

The abiotic theory argues, in contrast, that hydrocarbons are naturally produced on a continual basis throughout the solar system, including within the mantle of the earth. The advocates believe the oil seeps up through bedrock cracks to deposit in sedimentary rock. Traditional petro-geologists, they say, have confused the rock as the originator rather than the depository of the hydrocarbons.

A few years ago, a team of scientists at The University of Washington in Seattle sampled liquid bubbling up from the ocean floor, about 2,100 feet below sea level. What they found was fascinating; within the liquid was Carbon 13, an isotope that scientists have long associated with abiotic origin this is in opposition to Carbon 12: an isotope that is associated with biological origin. So, instead of being produced from the remains of plankton, dinosaur remains, and ancient conifers and ferns, petroleum and other hydrocarbons might just be formed deep below the ocean floor, in the presence of water and ultramafic rocks. Our earth may just be producing more oil, right beneath our feet.

Regardless of where it comes from, we know one thing for sure: the oil pumps will not cease at least until we've found an abundant, cheaper, and more efficient natural resource. And while some pumps have run dry, and some of our best oil has been replaced by the expensive and difficult-to-harvest shale, we still need petroleum in our day to day lives.

Maybe it's time we dug a little deeper.